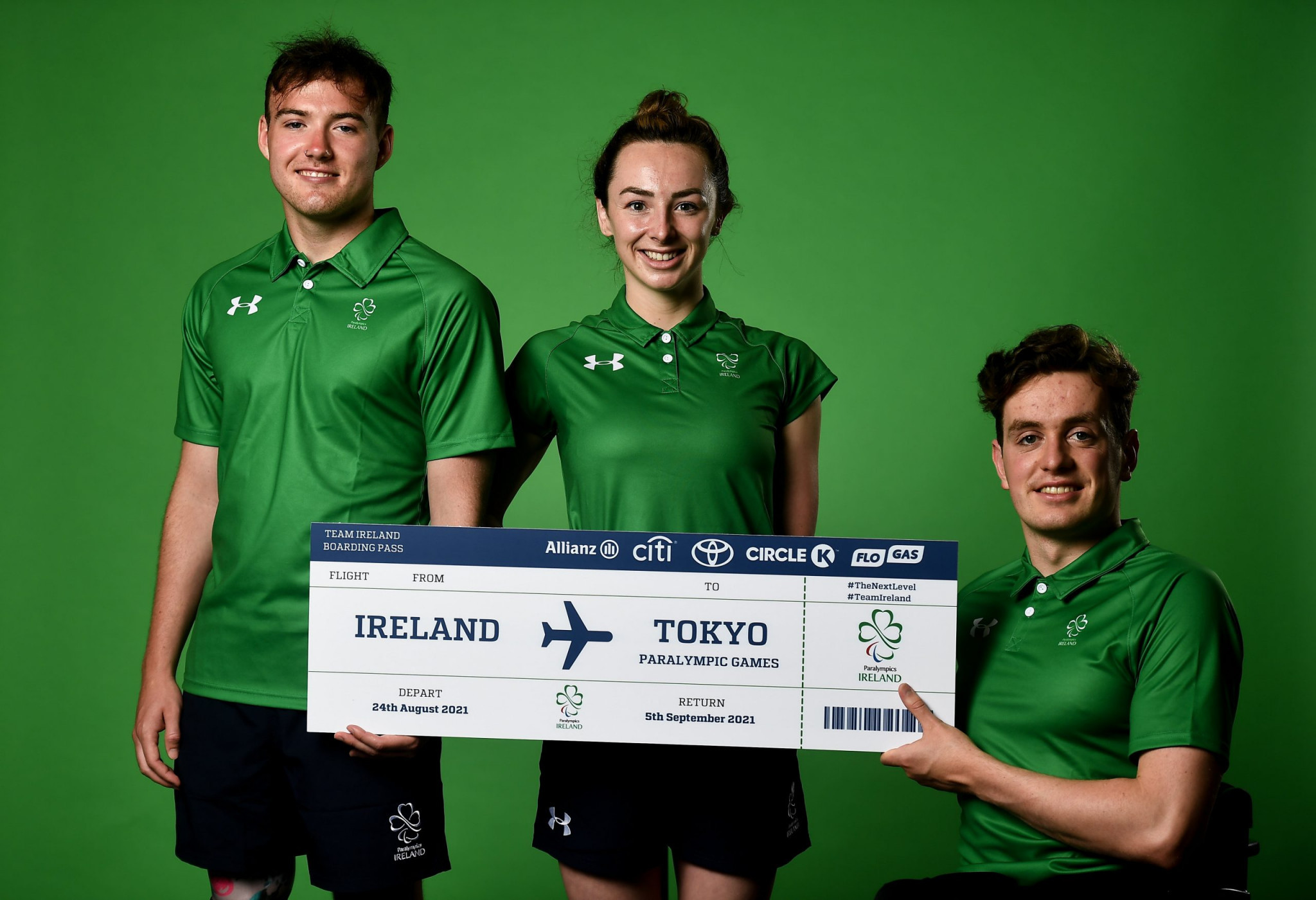 Included in the selection are Katie George Dunlevy and Eve McCrystal, who won the gold medal in the Women's one kilometre time trial B, as well as silver in the women's road race B.

Following their success in Brazil, they have been amongst the top competitors in the world.

The pair won silver on the road at the World Championships in June narrowly missing out on the gold medal in the 33.6km time trial.

They are expected to compete in the 1000m time trial, 3000m individual pursuit and in the time trial and road race.

Martin Gordon, Eamon Byrne, Richael Timothy, Ronan Grimes and Gary O'Reilly make up the rest of the cycling squad and will all be making their first Paralympic appearance.

Rio 2016 bronze medallist Ellen Keane has also been called up for her fourth Games, having first represented Ireland in 2008.

Swimmers Patrick Flanagan, Barry McClements and Róisín Ní Ríain will all make their first appearances at the Paralympic Games, while Nicole Turner will compete at her second Games after the young Laois star was given the honour of Irish flagbearer at the Rio Games in 2016.

Tamsin Addison, Rosemary Gaffney, Michael Murphy and Kate Kerr Horan are all set to make their Paralympic debuts in dressage.

Equestrian was Team Ireland's most successful sport at London 2012, where they won bronze in the team event and Helen Kearney won both a silver and bronze in her individual events.

Canoeist Pat O'Leary and sport shooter Phil Eaglesham are appearing at the Paralympics for the second time, having both competed at Rio 2016.

Judge will hope to maintain the excellent form that saw him reach the semi-finals of the Para Qualifying Tournament in Slovenia in June.

Leonard will compete at her first games in archery after enduring a disrupted qualification campaign due to the coronavirus pandemic that saw her opportunities to compete internationally dwindle.

Britney Arendse is the junior world record holder in the 73 kilograms category after lifting 98kg in 2019.