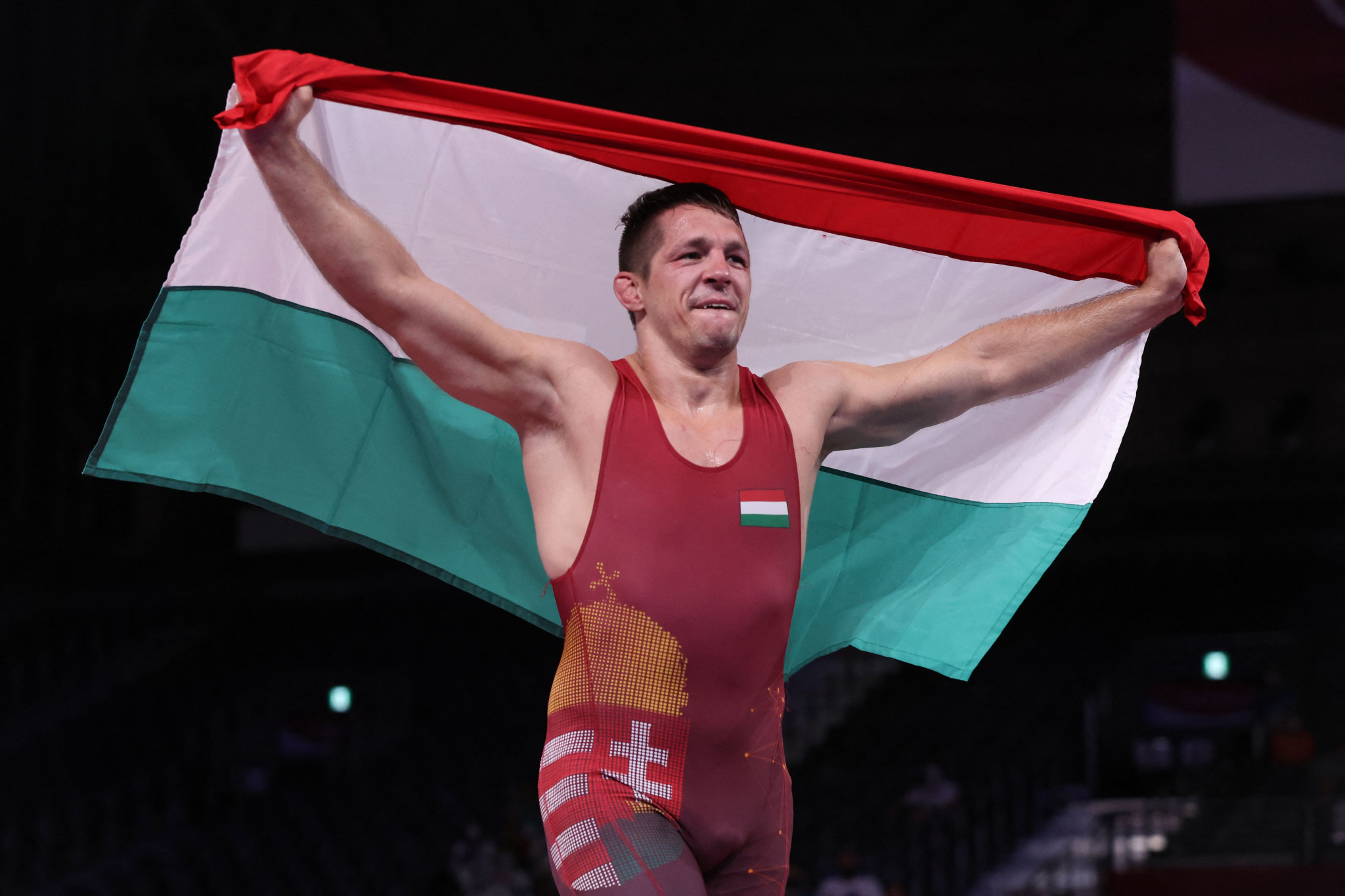 Three reigning world champions added Olympic gold to their collections on the second night of wrestling finals at Tokyo 2020.

The trio had to wait an extra year to realise their Olympic ambitions following the postponement of Tokyo 2020, but took their chances here.

Lorincz, who had earlier watched his brother Viktor reach the gold medal bout in the weight division above him, triumphed in the Greco-Roman 77 kilograms category.

The 34-year-old came through 2-1 in a low key final against Akzhol Makhmudov of Kyrgyzstan, who was hoping to win his country's first Olympic gold in any sport.

"It means everything," said Lorincz, who confirmed that this would be his last Olympics.

"I learned a lot during the last five years, and did a lot of training even during the pandemic time, with my younger brother.

"That’s the reason we are both here in the final of the Olympics."

Evloev is a back-to-back world champion having tasted gold in Nur-Sultan and in Budapest in 2018.

He won the Olympic title in the Greco-Roman 97kg with a 5-1 victory over Armenia's Artur Aleksanyan, which included a big throw for two points before the break.

Aleksanyan now has a full set of Olympic medals after winning gold at 98kg at Rio 2016 and bronze at 96kg at London 2012.

Mensah-Stock proved too strong for Nigeria's Blessing Oborududu as she emerged from the final of the women's 68kg with a 4-1 victory.

Viewed as a historic final between two black women, it was the United States wrestler who proved too strong.

Only one American woman had topped an Olympic podium in wrestling before Mensah-Stock's success - Helen Maroulis at Rio 2016.

"I don't want to bring race in to it, but now we have a black woman and a white woman on the Olympic gold medal stage," said Mensah-Stock.

"And it is phenomenal.

"These young women are going to see themselves in a number of ways and look up and go, 'I can do that, I can see myself'.

"Look at this natural hair!

"Come on, I've got my puffballs out so they can know that they can do it too.

"I know the future for women's wrestling is bright and growing immensely."

On winning gold, Mensah-Stock added: "It feels like it was meant to be.

"All this time, it just feels right.

"It would have felt wrong if I didn't win gold.

"I had to fight for it and boy did I fight."

Bronze medals in the division were won by Ukraine's Alla Cherkasova, who conquered Japan's Rio 2016 champion Sara Dosho, and Meerim Zhumanazarova of Kyrgyzstan.