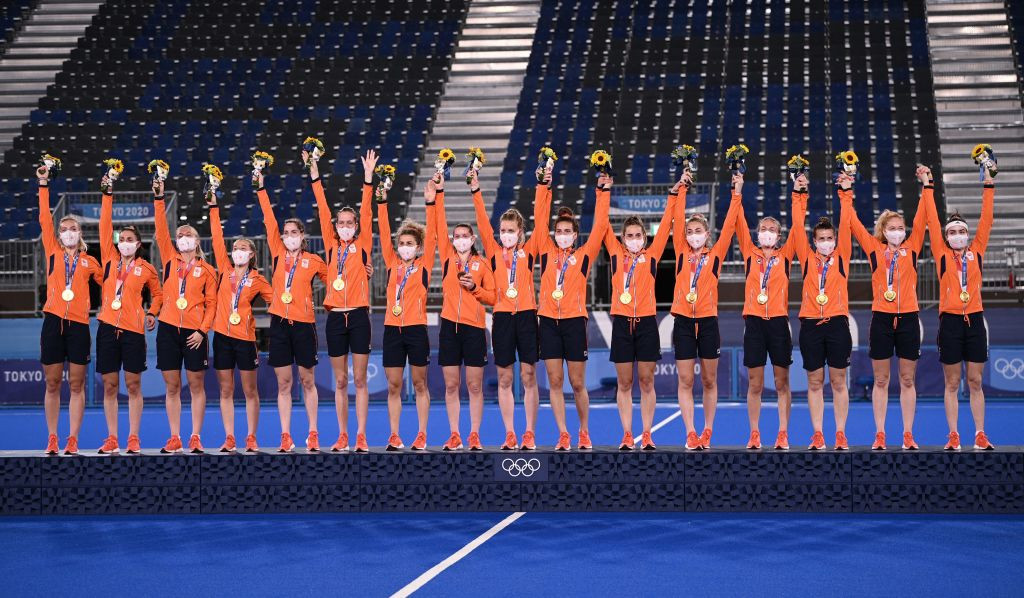 The Netherlands finally earned redemption for their defeat in the women’s hockey final in Rio de Janeiro five years ago as they swept aside Argentina 3-1 to regain their Olympic title at Tokyo 2020 here today.

Caia van Maasakker scored twice and Margot van Geffen also found the net as the Dutch, beaten by Britain in the gold medal match at Rio 2016, blew Argentina away with a superb attacking display in the second quarter.

Agustina Gorzelany had pulled one back on the stroke of half-time but it proved to be little more than a consolation for Argentina as The Netherlands’ saw out a comfortable win to secure their fourth Olympic gold medal.

Victory for the red-hot favourites also continued their global domination of the women’s game since they suffered shootout heartbreak in the Rio 2016 final.

The Netherlands are the reigning two-time world champions and three-time European champions, and have won both of the Hockey Pro League tournaments held since the competition launched in 2019.

Argentina have now claimed five women’s hockey medals at the Games - but none of them are gold and tonight’s defeat prolongs their wait for a first Olympic crown.

Britain had earlier clinched the bronze medal with a thrilling 4-3 win over India.

All four goals in the final came from penalty corners in a breathless period of action in the second quarter, with three in six minutes for The Netherlands effectively ending the match as a contest.

After a period of relentless Dutch pressure, Frederique Matla’s effort was cleverly deflected home by Van Geffen to put her side in front.

Van Maasakker doubled the Dutch advantage shortly after as her powerful drive arrowed into the bottom corner, before she scored her second of the match with another well-struck shot which went through the legs of Maria Succi in the Argentina goal.

Gorzelany replied for Argentina - her shot nutmegging Dutch goalkeeper Josine Koning - as the hooter sounded to bring the first half to a close.

Chances were few and far between for both sides after the restart as the Dutch defence held firm to see out a comfortable victory.

"We worked so hard for it, just like every other team," said Dutch captain Eva de Goode.

"My fourth Olympics, fourth time in the final, and to win my third gold medal is just something that you not even dare to dream of.

"I am so happy that after five years ago when we won the silver medal that I can give this gold medal now to the team, to the girls who won the silver there.

"It is just the best feeling ever."