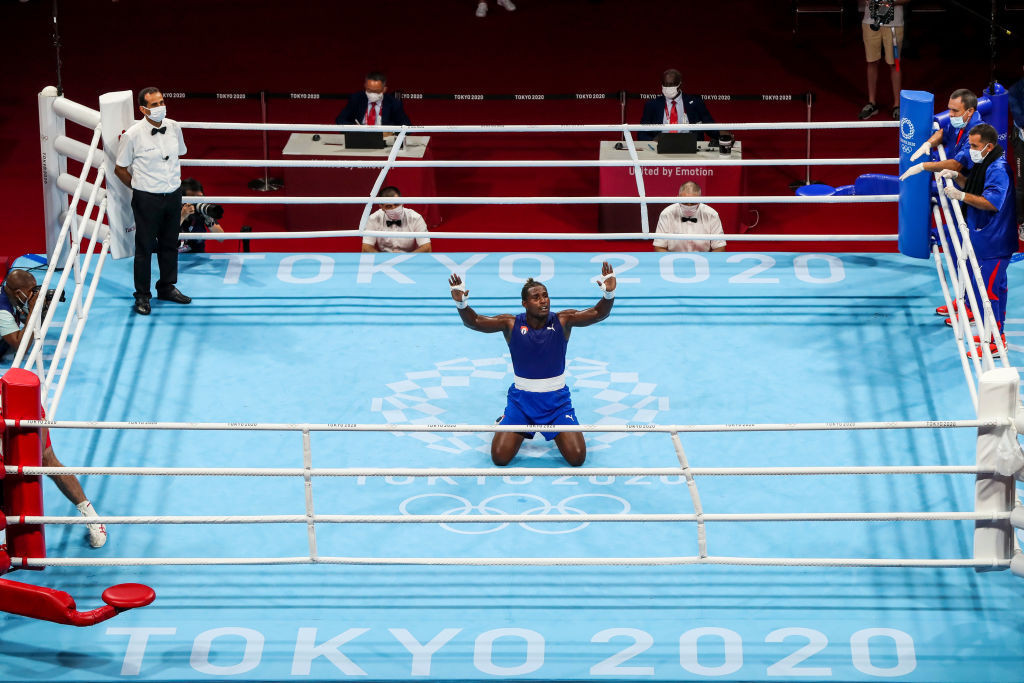 La Cruz, light heavyweight champion at the 2016 Olympics in Rio de Janeiro, earned a unanimous points victory over the Russian Olympic Committee's Gadzhimagomedov in a one-sided gold medal bout at the Ryōgoku Kokugikan.

The 31-year-old's triumph earned Cuba's third boxing title at the Games here, with all three fighters having claimed Olympic gold at different weights before Tokyo.

La Cruz, a five-times world champion at light heavyweight, has already set his sights on another Olympic crown at the 2024 Games in Paris.

"Paris (2024) is only three years away so I’ll go there looking for a third gold for my country," the Cuban, who was shot in the hip during an armed robbery in 2014, said.

"There was a lot of attention on the fight as he is the current world champion but my team and trainers gave me a lot of confidence that I could win the fight, and they were right.

"They said that I had to believe in myself."

The bronze medals in the division went to Brazil's Abner Teixeira and David Nyika of New Zealand.

World champion Andy Cruz could add to Cuba's gold medal haul on Sunday (August 8) after he reached the lightweight final with a unanimous points victory over Australia's Harry Garside.

Cruz's opponent will be professional fighter Keyshawn Davis of the United States, who is seeking to become the first American to win Olympic boxing gold since Andre Ward at Athens 2004.

Davis booked his spot in the final after easing to a 5-0 win in his bout with Armenia's Hovhannes Bachkov.