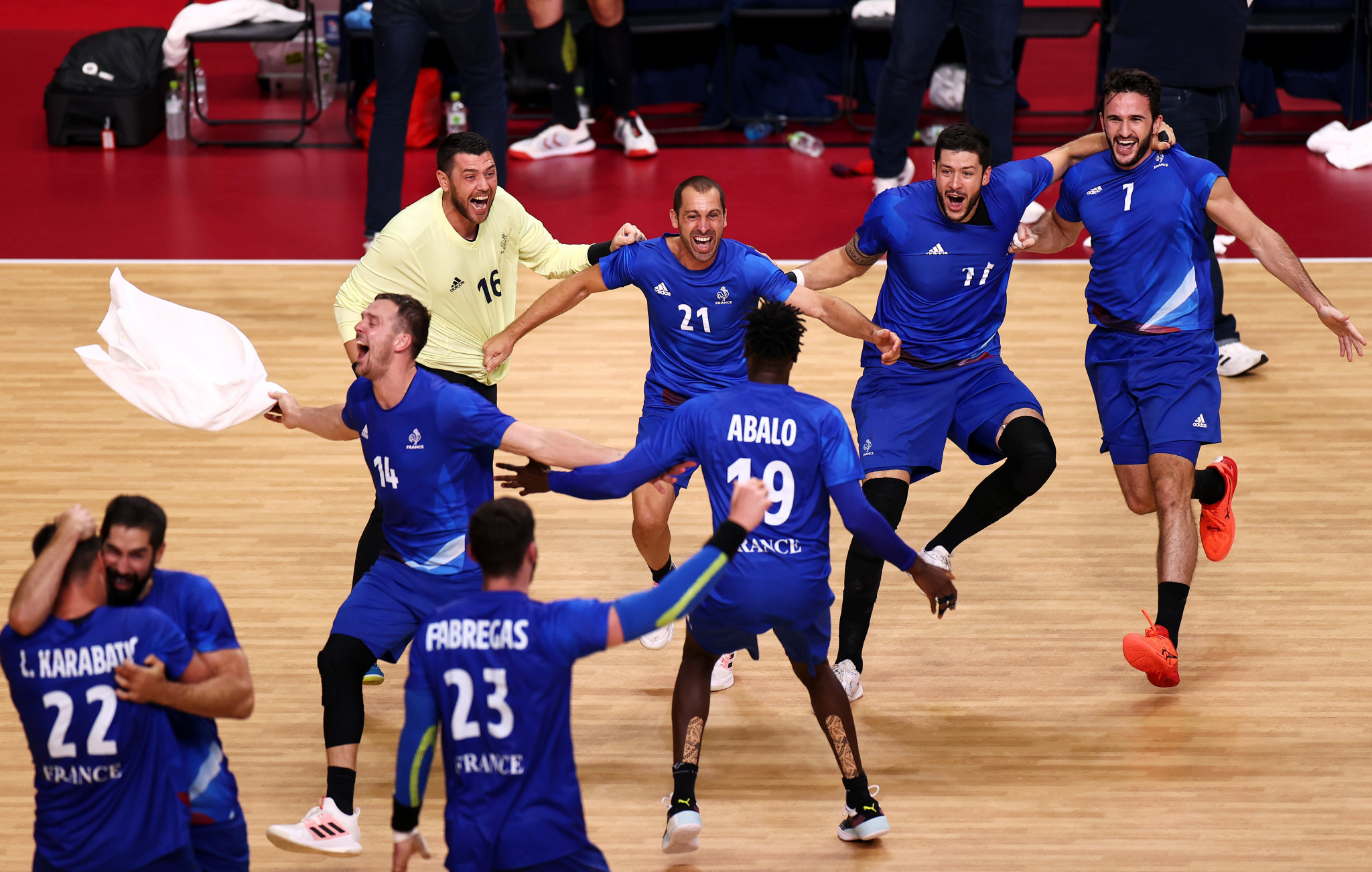 France produced a stirring performance to exact revenge against Denmark as they triumphed 25-23 in a pulsating men’s handball final at the Tokyo 2020 Olympics here.

Still hurting from their defeat to Denmark at Rio 2016, France, who won back-to-back titles at Beijing 2008 and London 2012, had the bit between their teeth as they reclaimed the title with a thrilling victory at the Yoyogi National Stadium.

The match got off to an explosive start with six goals scored inside the opening four minutes as Denmark and France traded early blows.

Denmark had led twice before being pegged back by France, who then started to gain the upper hand in the contest.

Romain Lagarde struck twice and Kentin Mahe grabbed the other in a three-goal blitz in the space of just two minutes as France moved 12-8 ahead.

Goals from Mikkel Hansen and Mathias Gidsel saw Denmark cut the deficit but strikes from Dika Mem and Mahe gave France a four-goal lead at half-time.

They increased their advantage to 16-10 courtesy of efforts from Nikola Karabatić and Nedim Remili as France sensed victory.

Trailing 18-12 with 25 minutes left, Denmark had it all to do, but they refused to go down without a fight and threatened to pull off a sensational fightback.

A Hansen strike followed by a quick-fire Niklas Landid treble and a goal from Gidsel saw the Danes claw their way back from 21-16 down to just a goal behind at 22-21.

Lagarde then put France 24-22 up with three minutes left before Olsen gave Denmark hope when he found the bottom right-hand corner to reduce the deficit to 24-23 with 90 seconds remaining.

Denmark then had possession in France’s half, only for Ludovic Fabregas to make a crucial steal before throwing the ball into an unguarded net.

The final whistle sparked jubilant scenes from the French team as they secured their third men’s handball Olympic gold.

Remili top scored for France, converting five of his eight shots at goal, while there were hat-tricks for Mem and Hugo Descat.

Hansen was the key man for Denmark as he netted nine times, while Gidsel also made a strong contribution with six goals from seven attempts.

But it was not enough for the Danes to retain their crown and they had to settle for silver in the Japanese capital.

Earlier, Spain clinched their fourth handball bronze after beating Egypt 33-31 in another tense encounter at the Yoyogi National Stadium.

Trailing 19-16 at half-time, Egypt got back on level terms at 28-28 with six minutes to go, setting up a thrilling finale.

Yahia Omar gave Egypt hope when he struck with 34 seconds remaining, but Alex Dujshebaev netted to ensure victory for Spain.