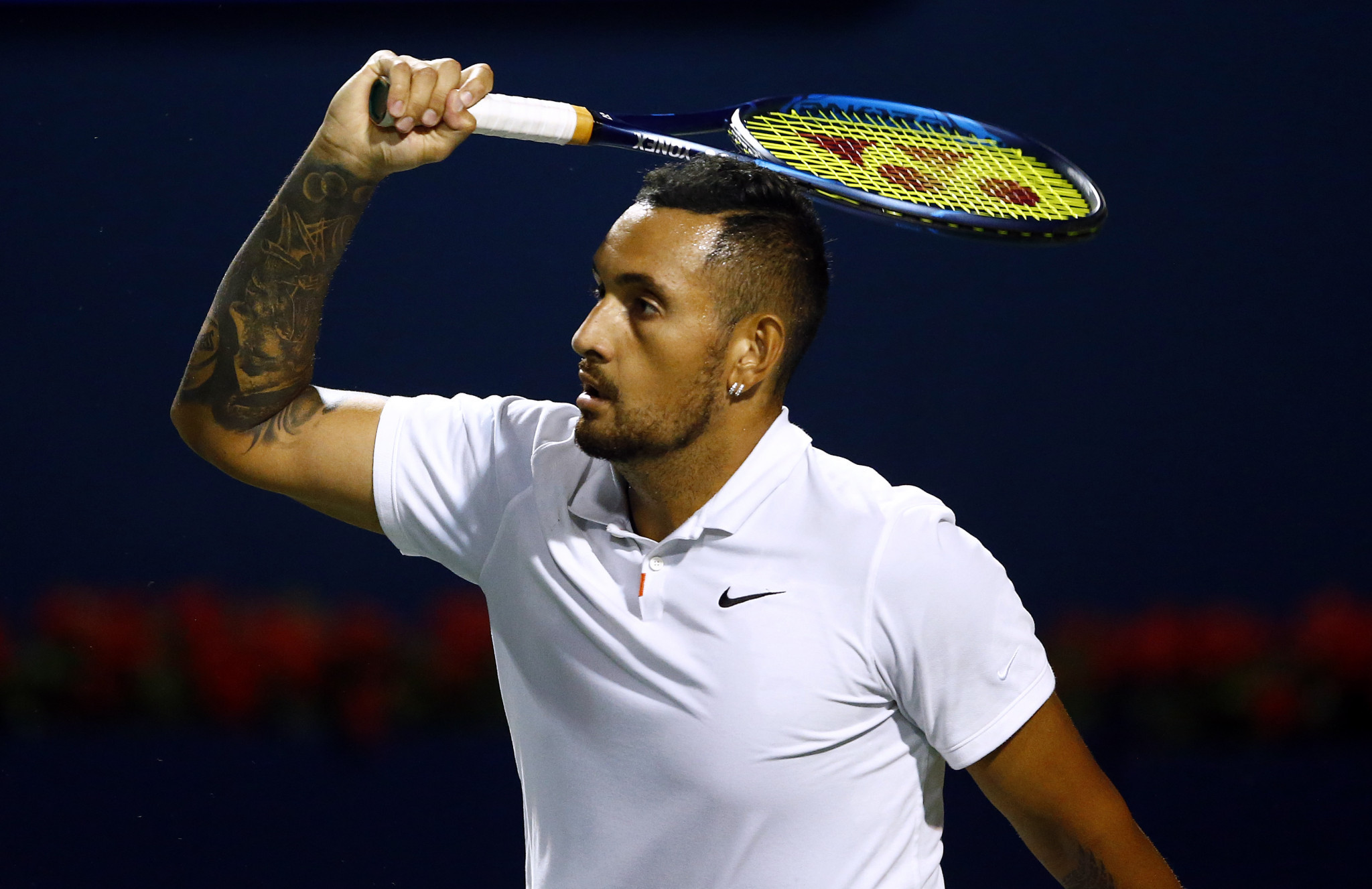 Australia's Nick Kyrgios was defeated in three sets by Reilly Opelka of the United States in a battle of the big servers as the Canadian Open continued today with singles and doubles action in both the men's and women's tournaments.

World number 26 Dan Evans of Britain fell to a 6-4, 6-4 straight sets defeat with Kazakhstan's Alexander Bublik hitting eight aces past his opponent and he progressed to the round of 32.

In the women's doubles, Indonesian Beatrice Gumulya and Britain's Emily Webley-Smith were swept aside 6-2, 6-3 by Canadian pair Carol Zhao and Melodie Collard.

Americans Coco Gauff and Jessica Pegula lost 6-2, 6-4 in the women's doubles to Russian Veronika Kudermetova and Elena Rybakina of Kazakhstan.

However, the 17-year-old prodigy has an opportunity to redeem herself in the women's singles as she takes on Latvian Anastasija Sevastova tomorrow.

Despite winning a first set tiebreak in the men's doubles, Britain's Jamie Murray and his Australian partner Max Purcell were eventually overcome by Purcell's compatriot Luke Saville and Dutchman Matwé Middelkoop 6-7, 6-1, 13-11 in the men's doubles.

Lajović and Karatsev won 6-4, 6-7, 10-8 in what was a tight fixture characterised by thrilling rallies.

The Association of Tennis Professionals (ATP) Tour Masters 1000 and the Women’s Tennis Association (WTA) 1000 tournaments are taking place simultaneously this week, with men's competition being held at the Aviva Centre in Toronto and women's action at the IGA Stadium in Montreal.