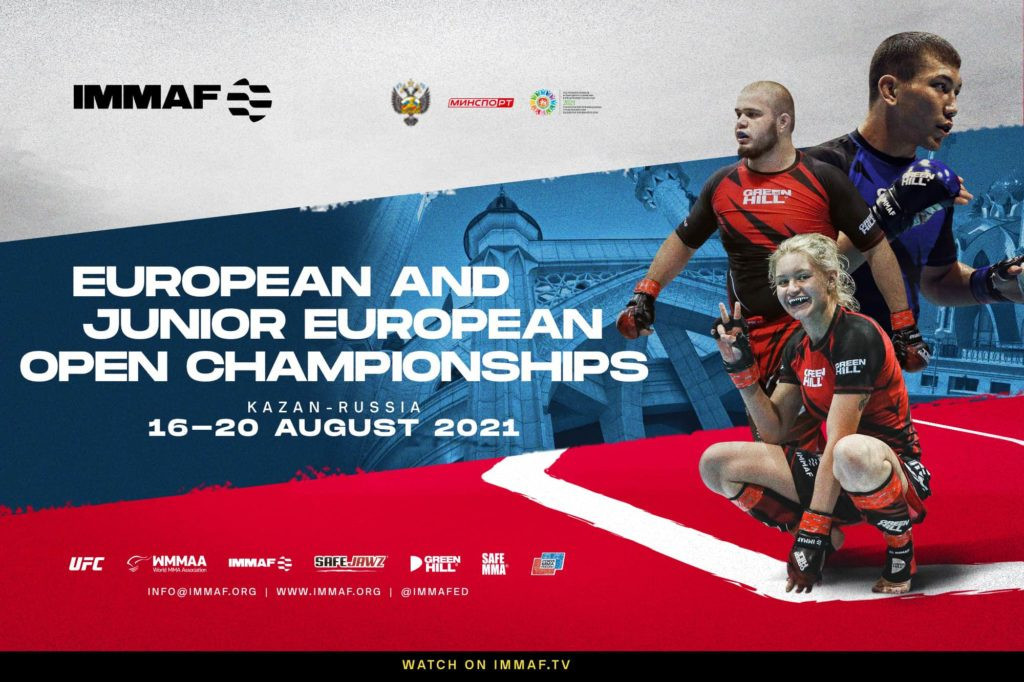 The 2021 International Mixed Martial Arts Federation (IMMAF) Senior and Junior European Open Championships are set to begin tomorrow in Kazan in Russia to mark the continent's first IMMAF event since 2019.

The competition is scheduled to take place from August 16 to 20.

A total of 172 competitors have entered the senior tournament, while a further 86 juniors are on that entry list.

The Russian team has proved dominant in IMMAF competitions since IMMAF’s merger with the World Mixed Martial Arts Association in 2018 and are tipped to continue their success despite the hiatus caused by COVID-19.

The team currently places first in the junior rankings and second in the senior rankings.

It also placed first in both the Junior and Senior European Championships medal tables in 2019, attaining five gold medals in each tournament for Russia, and a further four silver and two bronzes across both tournaments.

"Russia’s earning of the hosting rights for IMMAF’s 2021 European Championships is well deserved, and besides offering a premier level competition platform, Kazan provides a scenic and historic location complete with World Heritage and cultural sites, for those who make the journey."

Bahrain's Pasha Kharkhachaev, who defeated Ukrainian Ruslan Moiseienko in the final of the men's over-120 kilograms category in 2019 with a knockout in the first round, is returning to the competition to defend his title.

World champions Sabrina Laurentina De Sousa of Bahrain and New Zealand's Michelle Montague are also set to compete in the women's under-65.8kg, and an exciting bout could be in store if the two meet.

Montague dropped down a weight category to compete in the women's featherweight, with the competition open to non-European fighters once again.