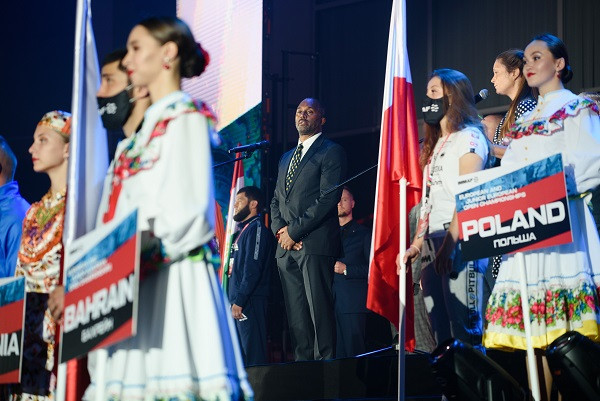 Day one also featured two bouts in the men’s under-77.1 kilograms category, the only division to stretch into rounds of 32.

The first bout saw something of an upset as Jovidon Mahmudov of Tajikistan beat Russia’s Samur Magamedkhanov of Russia by technical knockout in the second round.

The day’s second bout saw Meirkhan Shapolatov of Kazakhstan overcome Patryk Semeniuk of Poland by split decision, in a bout that saw a good display of aesthetic striking from both fighters.

"Well done to the athletes and teams for their performances. The matches are a great teaser for what is what is come this week."

A much busier second day of action tomorrow sees 42 bouts scheduled across two cages, with bouts in the men’s junior, women’s and men’s events.

In total 172 senior and 86 junior competitors have entered the tournament, Europe’s first IMMAF event since 2019.