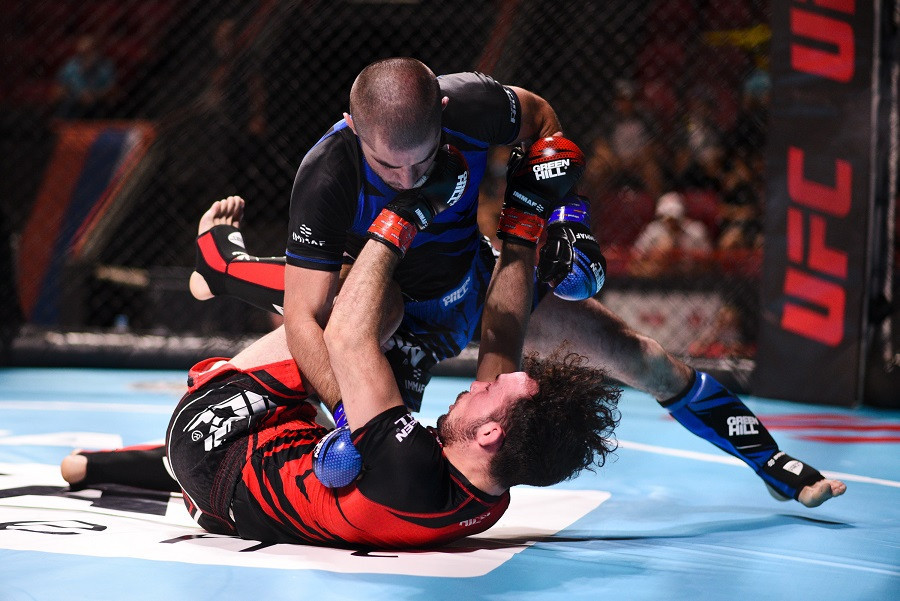 All senior medallists from the 2019 tournament advanced to the next round including Suleyman Bershigadov of Russia.

Bershigadov, a silver medallist two years ago started his quest to go one better with victory by a unanimous points decision in the flyweight 56.7 kilograms division, over Abubakr Baimuradov of Tajikistan.

Evgeny Morozov was another silver medallist in 2019, and the Russian advanced to the next round of the welterweight 77.1kg division after defeating Spain’s Arturo Aedillo by unanimous points decision.

Junior world and European champion in 2019 Murad Guseinov of Bahrain was victorious in the men’s senior welterweight 77.1kg division after beating Meirkhan Shapolatov of Kazakhstan by submission in the third round, courtesy of an arm triangle choke.

Another of the day’s highlight bouts saw IMMAF rising star and pound-for-pound number one Ramazan Gitinov of Bahrain triumph in the men’s welterweight 77.1kg division.

Gitinov defeated Musa Ramazanov of Russia by submission in the second round, courtesy of a rear naked choke.

Reflecting on the day’s action IMMAF President Kerrith Brown said: "Today’s first full day of competition boasted some stunning matches, with all 2019 senior medallists going through to the next rounds.

"These will certainly be names to keep an eye on as the competitiveness increases through the tournament. Congratulations to today’s winners and their teams."