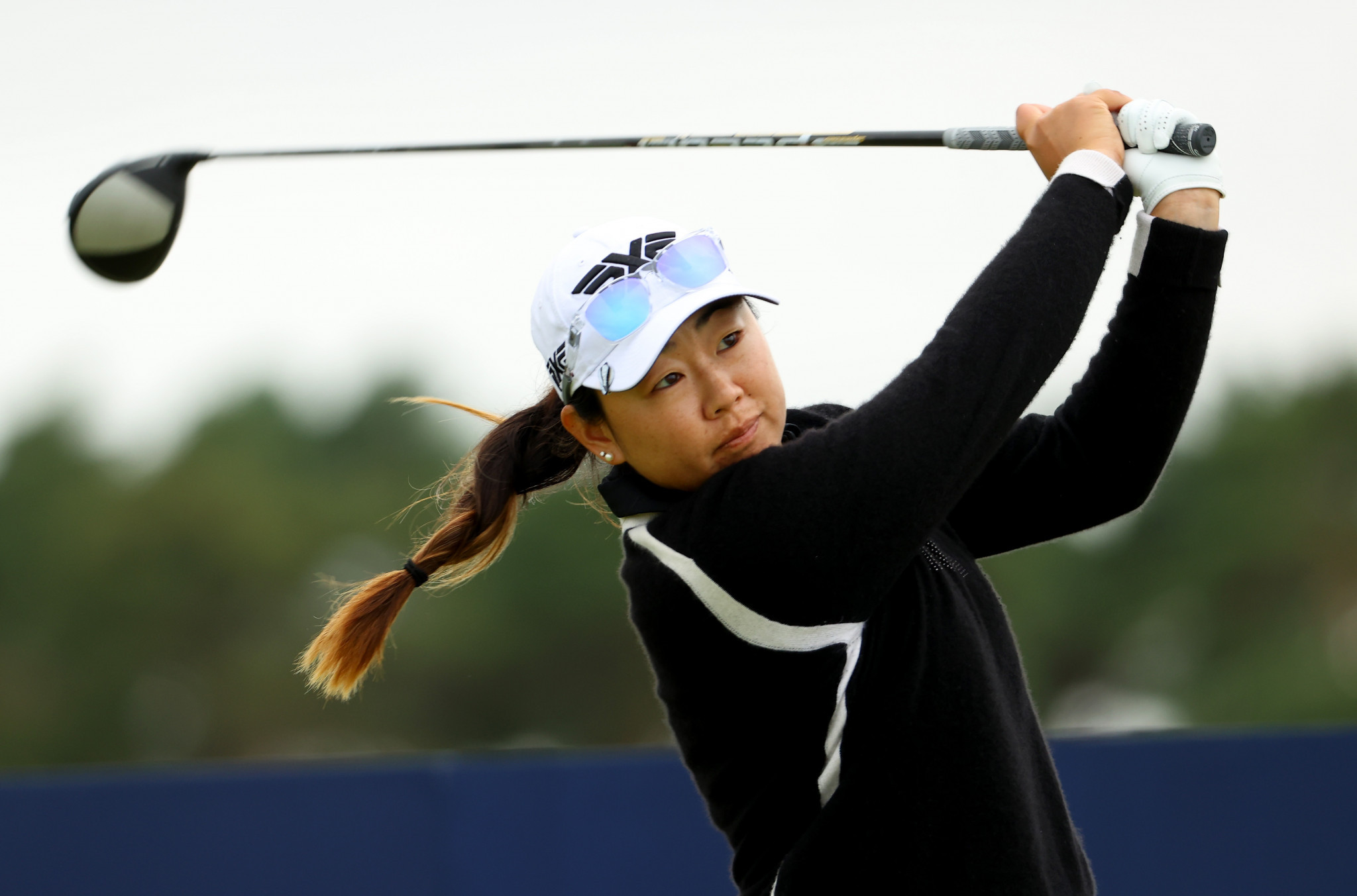 The United States’ Mina Harigae carded an impressive round of 67 to share a lead with England’s Georgia Hall on seven under par after day two of the Women’s Open at Carnoustie, but defending champion Sophia Popov of Germany failed to make the cut.

Harigae finished the first day of the British major on two under, but seven birdies helped her to record a five-under round today and saw the world number 65 share the clubhouse lead with Hall.

The 2018 Open champion at Royal Lytham and St Annes posted a four-under card yesterday and a three-under round on day two, including six birdies.

South Korea’s Kim Sei-young is the best positioned of the three players who shared the overnight lead, although four bogeys on the back nine hampered her day’s work and saw her finish one under.

World number four Kim is joined on six under par, one stroke off the leaders, by American Lizette Salas as the 2019 Open runner-up at Woburn recovered from a bogey on the third to notch four birdies on her way to a second consecutive round of 69.

Seven players are tied for fifth on five under.

Ireland’s Leona Maguire forced herself into contention with a bogey-free round of 67, while his year’s US Women’s Open winner Yuka Saso of the Philippines carded a one-under round.

They are joined two strokes behind the leaders by Thailand’s Wichanee Meechai as two birdies in the final two holes saw her complete a bogey-free round of 68, and her compatriot Moriya Jutanugarn after an impressive round of 67, American duo Lexi Thompson and Yealimi Noh and Denmark’s Nanna Koerstz Madsen.

It was a more difficult day for world number one Nelly Korda of the US, who shared the lead overnight, but recorded three bogeys during a round of 73 to leave her on four under par - three shots off the top.

Sweden's Madelene Sagstrom matched Korda’s five-under score on day one, but her one-over round on the second day also leaves her on four-under.

Evian Championship winner Minjee Lee of Australia grabbed three birdies on the back nine to move herself up to four under, while 2019 Open champion Hinako Shibuno of Japan carded a second consecutive round of 70.

Seven-time major winner Park Inbee of South Korea started the day with three birdies from the first six holes, but ended up making the cut by only one shot, with six bogeys on her second round leaving her one over par.

Three bogeys on the last seven holes ended Popov’s hopes of retaining her title as she finished the day three over, while the US’ Danielle Kang was the highest-ranked player to be cut as rounds of 76 and 75 saw her finish seven over.

The third round starts at 8:25am local time tomorrow, with leaders Hall and Harigae teeing off at 2:00pm.