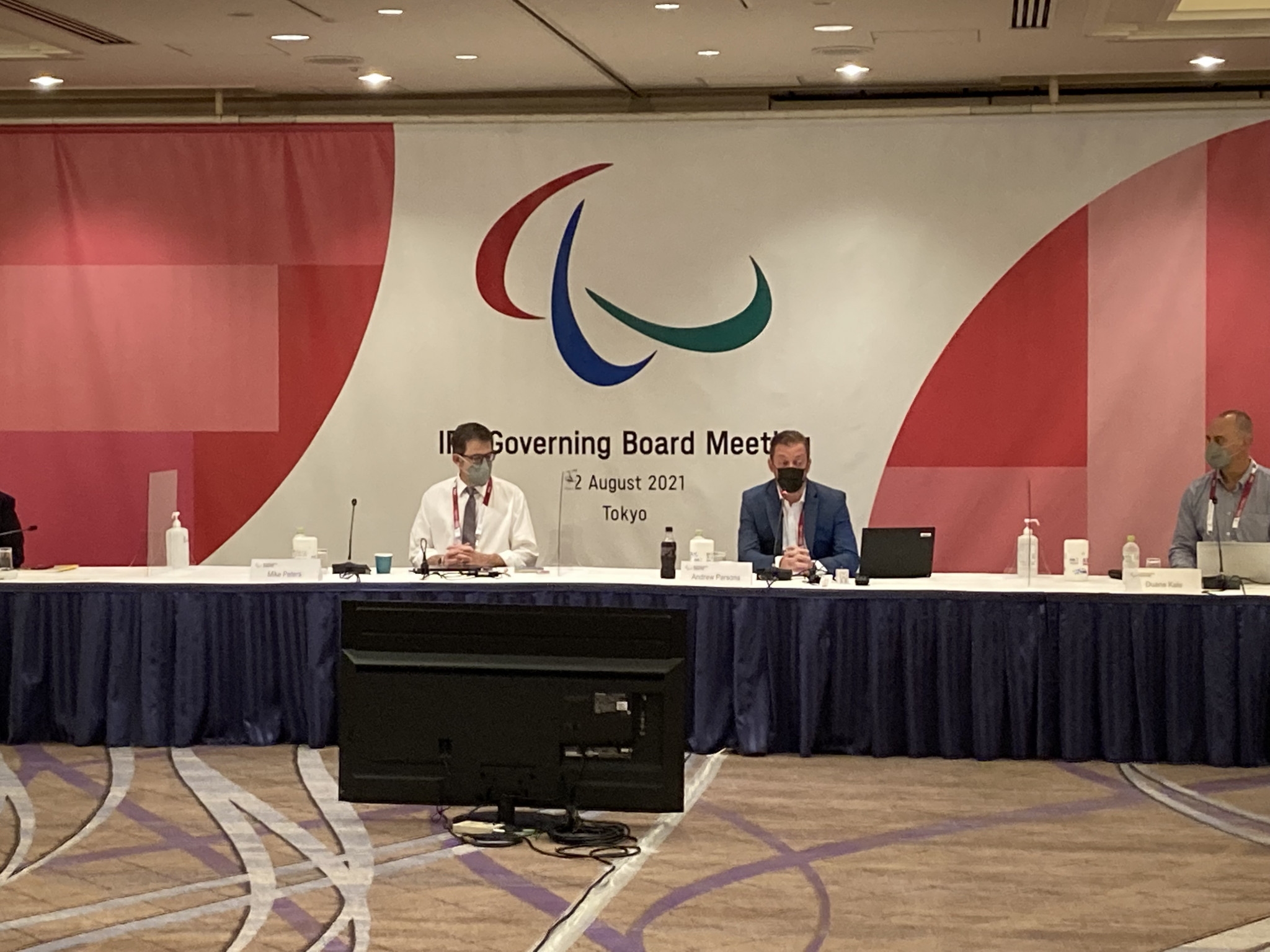 International Paralympic Committee (IPC) President Andrew Parsons insists he is "convinced" the Tokyo 2020 Paralympics here can be held safely and vowed to protect the Japanese population as coronavirus cases continue to increase in the capital.

Tokyo reported more than 5,000 new infections for the third straight day yesterday as Japan topped 25,000 cases for the fourth day in succession.

The country is experiencing its biggest wave of the pandemic since it began last year, putting hospitals under increasing pressure.

The situation has led medical professionals to call for the Games - pushed back by one year due to the global health crisis - to be cancelled.

But Parsons underlined his commitment to staging the Paralympics safely in his opening remarks at today's IPC Governing Board meeting in Tokyo.

"We are not going to be complacent when it comes to protecting the Paralympic and Japanese population,” said Parsons.

"We do believe that we can deliver and organise these Games in a safe manner.

"That is what we have been preparing for in the last 18 months since the postponement and this is what we are going to do here.

"Together with the Governments and Tokyo Organising Committee we will make every effort to make sure these Games can be run in a safe way for all involved, but above all to the Japanese society.

"We would not be here if we did not think we could deliver these Games in a safe way.

"If we understood that the Games would be a threat to the Japanese population, we would not be holding them.

The IPC Governing Board meeting is being held at the Grand Nikko Diaba hotel.

It also marks the first time the Board has met in person since January 2020 because of the pandemic.

During the meeting, the Board is set to receive an update from Tokyo 2020 President Seiko Hashimoto and chief executive Toshirō Mutō on preparations for the Games which are set to open on Tuesday (August 24).

Members are also expected to be updated on the launch of the WeThe15 campaign, the IPC’s governance review and its Athlete Classification Code Review.

Parsons hailed the success of the WeThe15 movement which aims to end discrimination against people with disabilities.

"We are finally here in Tokyo and despite the moment we are facing in the world we are very excited with the Games here," said Parsons.

"In just two days' time we have the Opening Ceremony of what will be the most important Paralympic Games ever.

"As we all know people with disabilities have been disproportionately effected by the pandemic, they have been left behind.

"That is why we believe with the Paralympic Games being the only global event in the world that puts people with disabilities centre state.

"We are giving them a voice in a time when they need their voice to be heard the mot.

"That’s what we are doing here at the Paralympic Games.

"It is not only a sport event, we are putting back disability at the heart of the inclusion agenda.

"We are ready to change the world at these Games.

"It was an absolutely incredible to see the world turning purple.

"There were millions of interactions on social media and hundreds of landmarks around the world turned purple and all of our partners really engaged.

"I can’t tell you how excited I am with that."