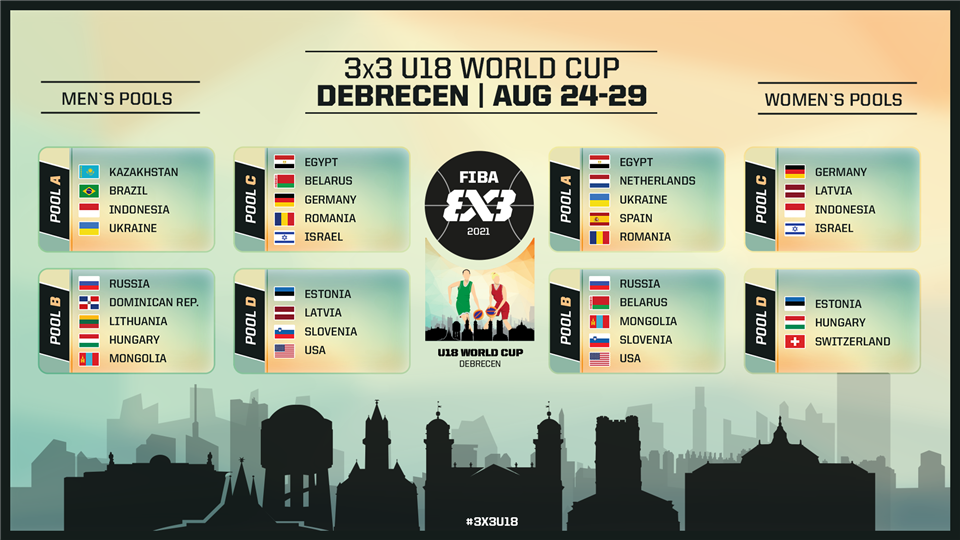 The United States are set to begin the defence of their men’s and women’s International Basketball Federation (FIBA) 3x3 Under-18 World Cup crowns, when the tournament returns after a year’s absence due to the coronavirus pandemic.

The US became the first team in the competition’s history to win both the men’s and women’s tournaments at the same edition, at Ulaanbaatar, Mongolia, in 2019.

They have been drawn in Pool D for the 2021 edition in Debrecen, Hungary, set to begin tomorrow, alongside fourth seeds Estonia, fifth seeds Latvia and 12th seeds Slovenia.

Turkey and Argentina, who respectively claimed silver and bronze at the men’s tournament in 2019, do not feature this time around.

In the women’s competition, holders and four-times winners the US are placed in Pool B alongside second seeds Russia, seventh seeds Belarus, 10th seeds Mongolia and 14th seeds Slovenia.

As is the case with the men’s event, 2019 silver and bronze medallists New Zealand and France do not feature.

FIBA say that some pools in the men’s and women’s tournaments do not feature five teams due to "some delegations missing the event for health and protocol reasons."

Competition is set to begin tomorrow, and run until Sunday (August 29), when the men's and women's semi-finals and finals are due to be held.

Debrecen previously hosted the men's and women's FIBA 3x3 Under-18 World Cups in 2015, when New Zealand won the men's event and France were victorious in the women's competition.