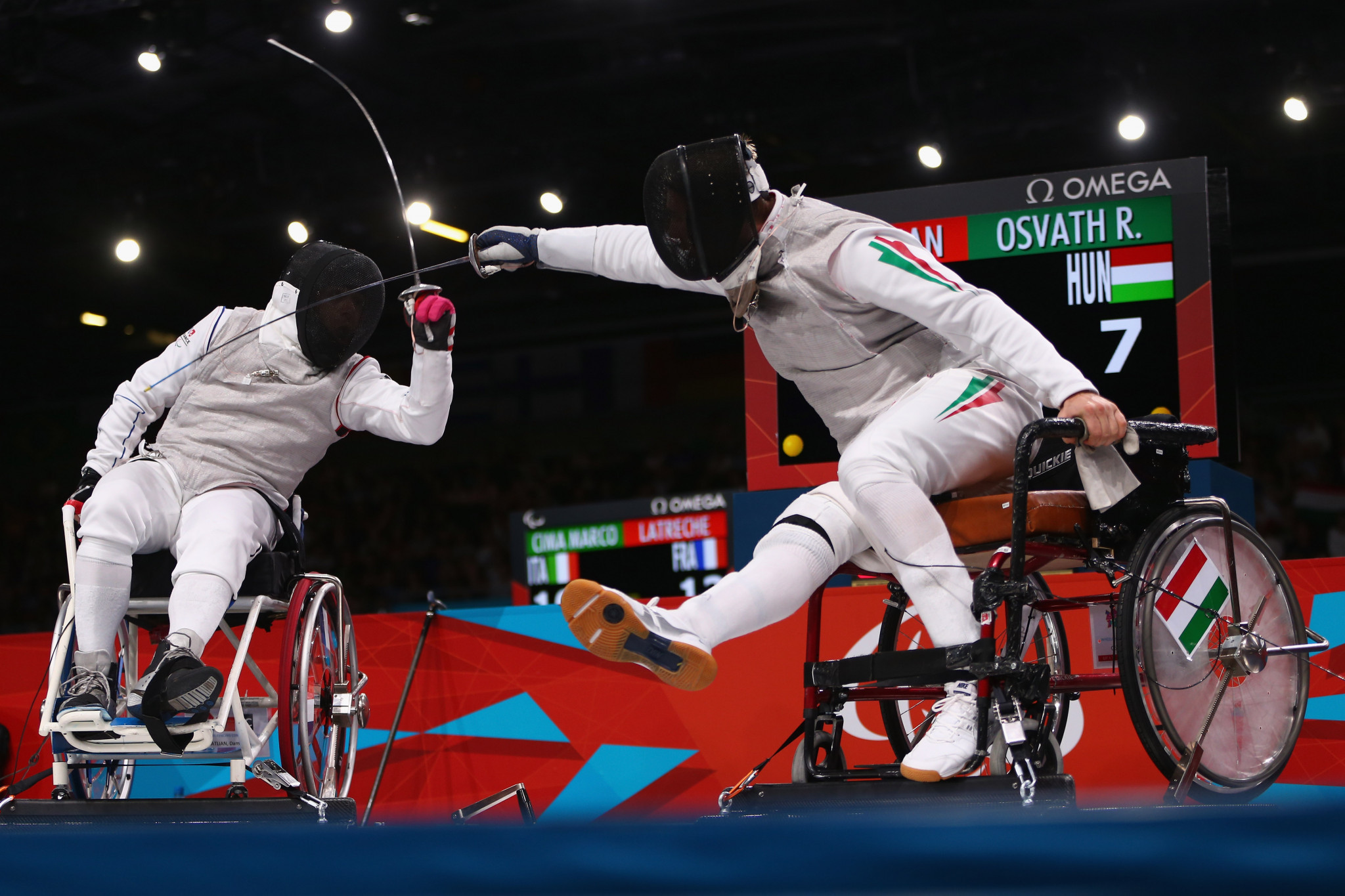 The Tokyo 2020 Paralympics medal programme opens with two sports at 9am local time tomorrow, and wheelchair fencing will be one of them at the Makuhari Messe.

Swimming and wheelchair fencing preliminary rounds start then, followed by track cycling an hour later, with all three awarding medals on day two.

Goalball, table tennis, wheelchair basketball and wheelchair tennis are all set to start tomorrow too, although medals will not be awarded until later in the Games.

Polish world number one Kinga Dróżdż is one of the favourites on that first day of competition in the women's individual sabre category A, having broke out in the sport in 2019.

The women's sabre is debuting at the Games in the A and B categories, bringing the number of gold medals up to 16 from 14 at Rio 2016.

Chinese newcomer Shumei Tan claimed the 2019 World Championships gold in category B, but the top three in the world - Georgia's Irma Khetsuriani, Ukraine's Olena Fedota and Hungary's Boglarka Mezo - are other contenders for the title.

Mezo's team mate Richard Osvath is top of the men's sabre category A rankings and will face his rival Andrii Demchuk of Ukraine again.

Demchuk defeated Osvath in the Rio 2016 final for gold.

Father and son-in-law Grzegorz Pluta and Adrian Castro of Poland are among the top-ranked fencers in category B, along with Russian Paralympic Committee's (RPC) Alexander Kurzin who broke a 10-year wait for a world title in 2019.

Thailand's Saysunee Jana has made the podium at all four Games since her debut in the women's épée and will aim for a fifth medal in the women's category B; while Chinese world and Paralympic champion Xufeng Zhou will aim to defend her title in category A.

Britain's Piers Gilliver won his first world title in the men's épée category A in 2019 and will aim to upgrade his silver from Rio 2016, having lost that final against Tokyo 2020 challenger Gang Sun of China.

Another British fencer, Dimitri Coutya, is also a 2019 world champion; but faces a challenge in category B from Rio 2016 finalists Andrei Pranevich of Belarus and Iraq's Ammar Ali.

Italian Beatrice Vio won the gold medal in the Rio 2016 women's foil category B and seems unstoppable following 2017 and 2019 world titles too.

Hong Kong's Yu Chui Yee is one of the sport's most decorated fencers as a seven-times Paralympic champion, and is set to compete in the women's foil category A at her fifth Games.

RPC's Roman Fedyaev will aim for gold in the men's foil category A; while Rio 2016 silver medallist Daoliang Hu of China is to face the likes of British fencer Coutya for gold in category B.

There will also be team events in the men's and women's foil and épée.