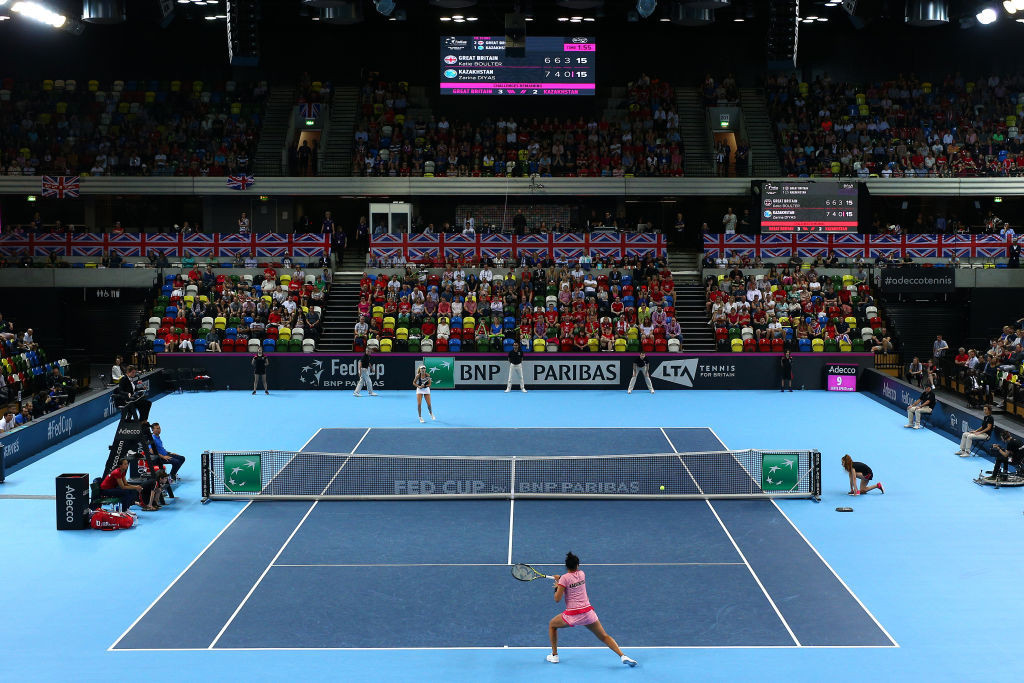 Prague has stepped in to stage the first edition of the revamped Billie Jean King Cup Finals after the International Tennis Federation (ITF) cancelled its hosting agreement with Budapest because of COVID-19.

The ITF has announced the twice-postponed tournament will be held from November 1 to 6 on the indoor hard courts at the O2 Arena in the Czech capital.

The finals had initially been scheduled to take place in Budapest from April 14 to 19 in 2020, before being postponed as a result of the pandemic.

Competition was then set to be held from April 13 to 18 this year before being rescheduled again after the Hungarian Tennis Association sent a letter to the ITF to confirm it was not feasible to stage the event due to COVID-19 safety concerns.

"I am already looking forward to being in Prague for the climax to the women's team tennis season," said ITF President David Haggerty.

"The O2 Arena has witnessed outstanding Billie Jean King Cup action in the last 10 years, and I look forward to history being made again on court later this year.

"I thank the Czech Tennis Association (CTS) and the Czech Republic Government for their collaboration and continued commitment to women’s tennis at the highest level, as well as the ITF Board and the Billie Jean King Cup Committee for their unwavering support."

CTS President Ivo Kaderka, who stood against Haggerty in the last ITF Presidential election, said the organisation and the ITF would "deliver a spectacular event".

The tournament is set to take place prior to the Davis Cup Finals in Turin, Innsbruck and Madrid, due to run from November 25 to December 5.

Czech Republic has hosted previous editions of the competition at the O2 Arena in the last decade, with the hosts winning winning the 2012, 2014, 2015 and 2018 Fed Cups on home soil.