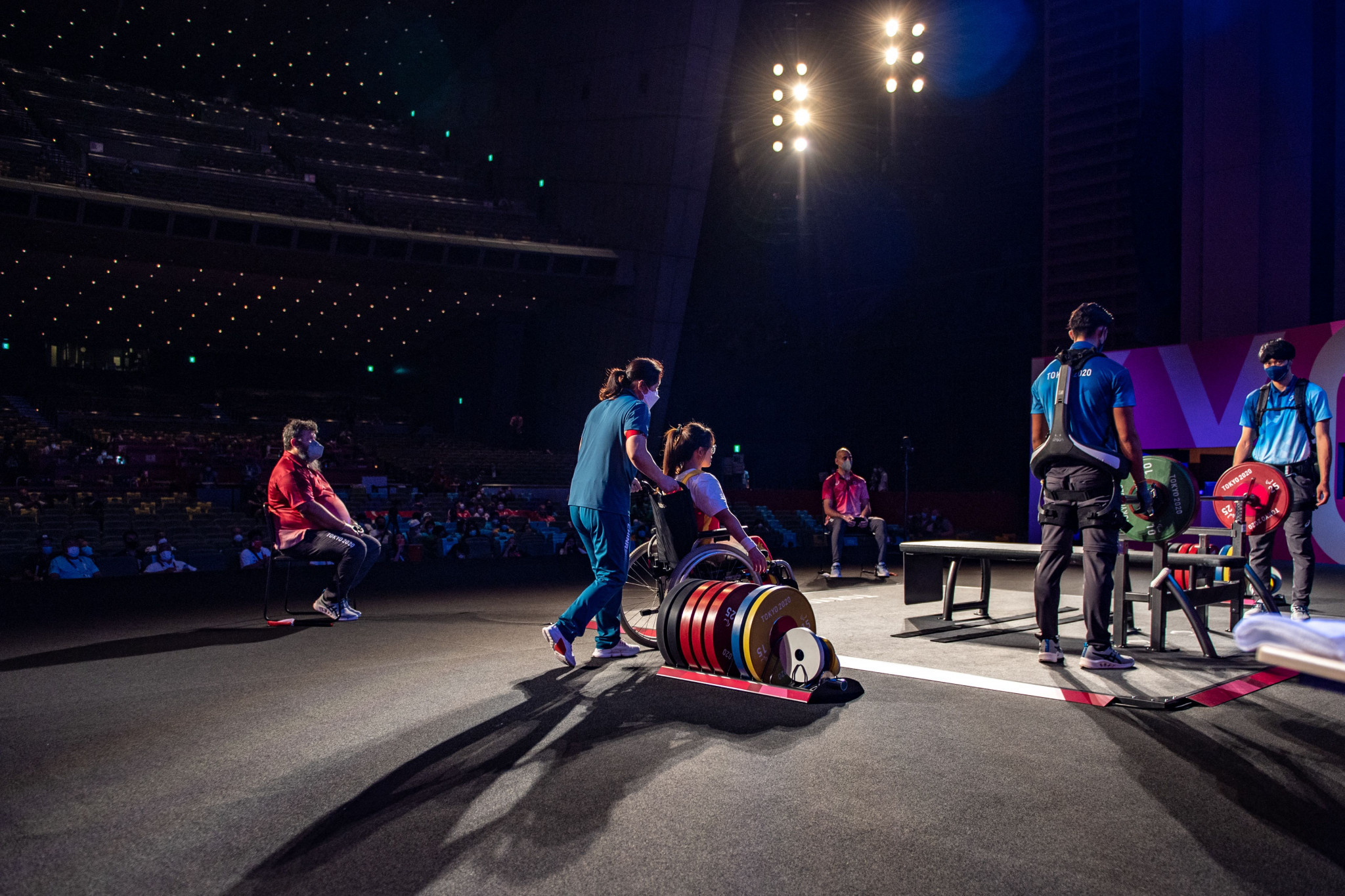 Pérez had three successful lifts to retain a Paralympic title - making it her fourth gold in a row - with the best being 131kg.

Uzbekistan's Ruza Kuzieva failed at 126kg twice before clearing 130kg on her final lift, taking the silver medal as she was lighter than Nigerian Lucy Ejike, who took the lead early with a lift at 130kg too before failing lifts that were 5kg heavier.

His closest challenger was 36kg behind, as Egyptian Mahmoud Attia completed a best of 191kg and Britain's Micky Yule won bronze with 182kg.

A very friendly podium💓 We love it!!

Rostami Roohallah was a definitive winner in the men's under-80kg too, with the Iranian successfully lifting 234kg in the third round to seal the gold by 19kg.

Finally, China's Tan Yujiao won the women's under-68kg gold with a third-round attempt at 133kg putting the icing on top of the cake, finishing far ahead of four-time Paralympic champion Fatma Omar of Egypt who had a best of 120kg.

Omar's second silver makes her the most successful powerlifter in Paralympic history with six medals - the same total as Pérez.

If she had won, Omar would have had the most powerlifting golds of any athlete at the Paralympics.