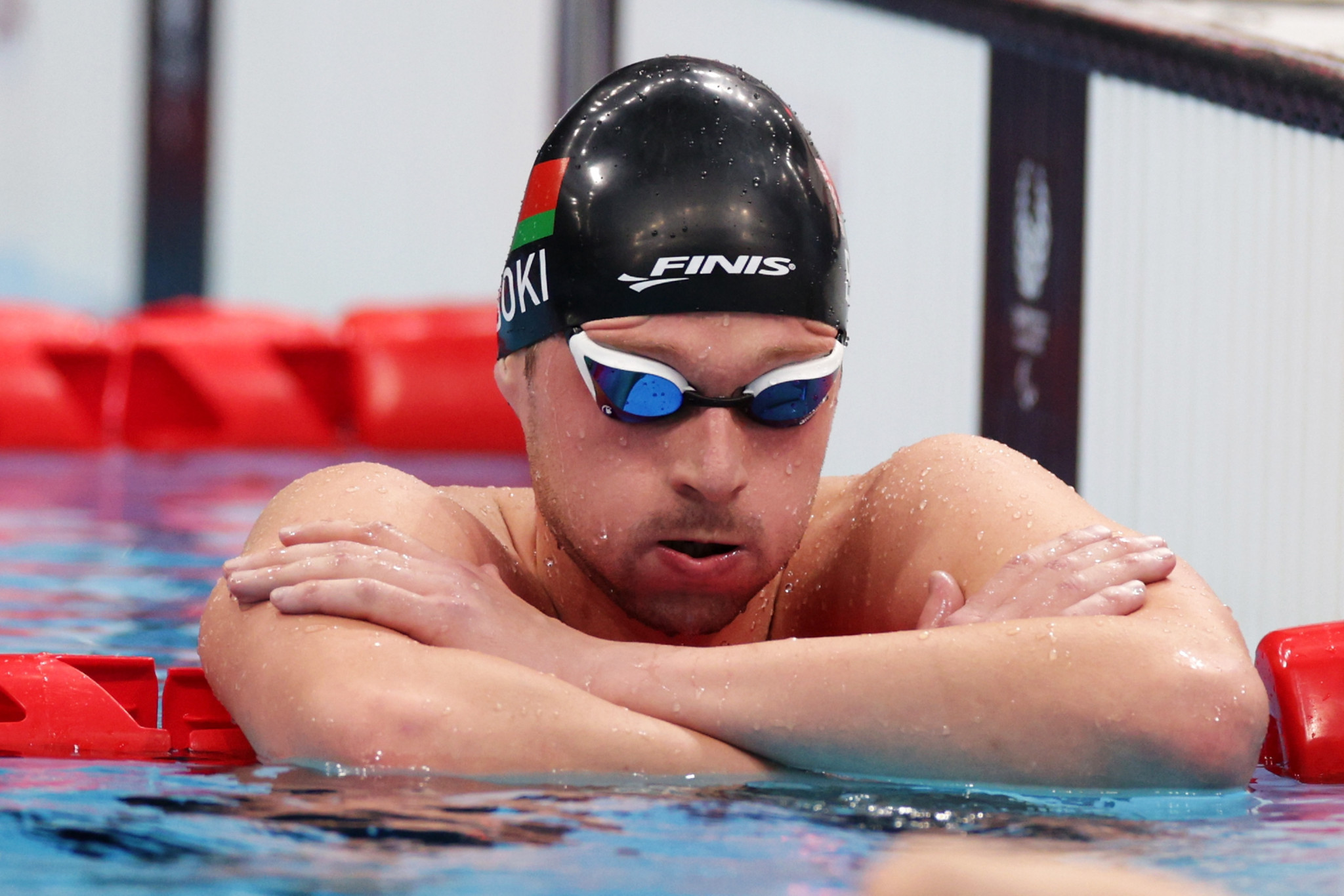 Belarus' Ihar Boki claimed his fourth gold in as many swimming at the Tokyo 2020 Paralympic Games here today, with a win in the men's S13 50 metres freestyle final.

Boki set a new Paralympic record of 23.21sec to ensure his run of wins continued - with two more events to go.

Belarus have won four golds at the Games, all from the swimmer, who is aiming to match his Rio 2016 haul of six golds.

Illia Yaremenko and Maksym Veraska made it two Ukrainians on the podium with him in silver and bronze respectively.

The last race of the day came with a lot of drama - the United States' Natalie Sims, Morgan Stickney, Jessica Long and Hannah Aspden looked to have won the women's 4x100m freestyle relay 34 points gold in a time of 4min 23.17sec.

Chased in by Italy and Australia, it looked as if the top three were sealed and the medals would be added to the table.

However, the US team - and fourth-placed Britain - were disqualified for changeover infringements, meaning the Italian team of Xenia Francesca Palazzo, Vittoria Bianco, Giulia Terzi and Alessia Scortechini were the gold medallists in 4:24.85.

Australia were upgraded to silver from bronze and Canada remarkably moved from fifth to third to complete the podium.

The 34 points refers to the classification numbers of the athletes, which should add up to 34.

The decision from this race is currently under appeal.

“Swimming is the best thing that has happened to me. It changed my life completely.”

Israel's Mark Malyar took it out hard and was a deserved winner in the men's S7 400m, breaking his own world record in a time of 4:31.06.

Andrii Trusov of Ukraine made a move with 100m to go separate himself from the three challengers and take silver, in front of American Evan Austin.

McKenzie Coan of the US won the women's S7 400m freestyle in 5:05.84, despite a late surge from Italian Giulia Terzi, who finished second.

Naohide Yamaguchi gave Japan a third gold of the Games with a win in the men's SB14 100m breaststroke, breaking the world record in a time of 1:03.77.

Silver medallist Jake Michel of Australia gave the winner a good push to the wall, but came up short, while Britain's Scott Quin was the best of a challenging group vying for bronze.

Spain's Michelle Alonso Morales set a new world record in the SB14 women's 100m in a time of 1:12.02, finishing nearly four seconds ahead of silver medallist Louise Fiddes of Britain.

Beatriz Borges Carneiro of Brazil won bronze by just two hundredths of a second over her twin sister Debora.

Italy's Simone Barlaam set a new Paralympic record in the S9 50m freestyle in 24.71 to win gold - the Russian Paralympic Committee's (RPC) Denis Tarasov and the US' Jamal Hill won silver and bronze.

Zou Liankang of China won the men's S3 50m backstroke in 45.25 and was followed by Denys Ostapchenko from Ukraine and Diego Lopez Diaz of Mexico for silver and bronze.

Ariola Trimi claimed victory for Italy in the women's S3 50m backstroke in a time of 51.34 and was joined on the podium by 17-year-old Ellie Challis of Britain and the RPC's Iuliia Shishova.

Brazil's Maria Carolina Gomes broke her own S12 world record in 26.82 to win the women's S13 50m freestyle; and was followed in by new S13 world record holder Anna Krivshina of the RPC in 27.06 and Carlotta Gilli of Italy.

Moises Fuentes Garcia of Colombia was a comfortable second and the bronze went to Antonios Tsapatakis of Greece.

Brazilian Gabriel dos Santos Araujo braved a hard push from the start to win the men's S2 200m freestyle from Chile's Alberto Abarza and the RPC's Vladimir Danilenko in 4:06.52.

Ma Jia touched the wall in 29.20 for the gold with a new world record in the women's S11 50m freestyle and was followed by Chinese team mate Li Guizhi for a one-two.