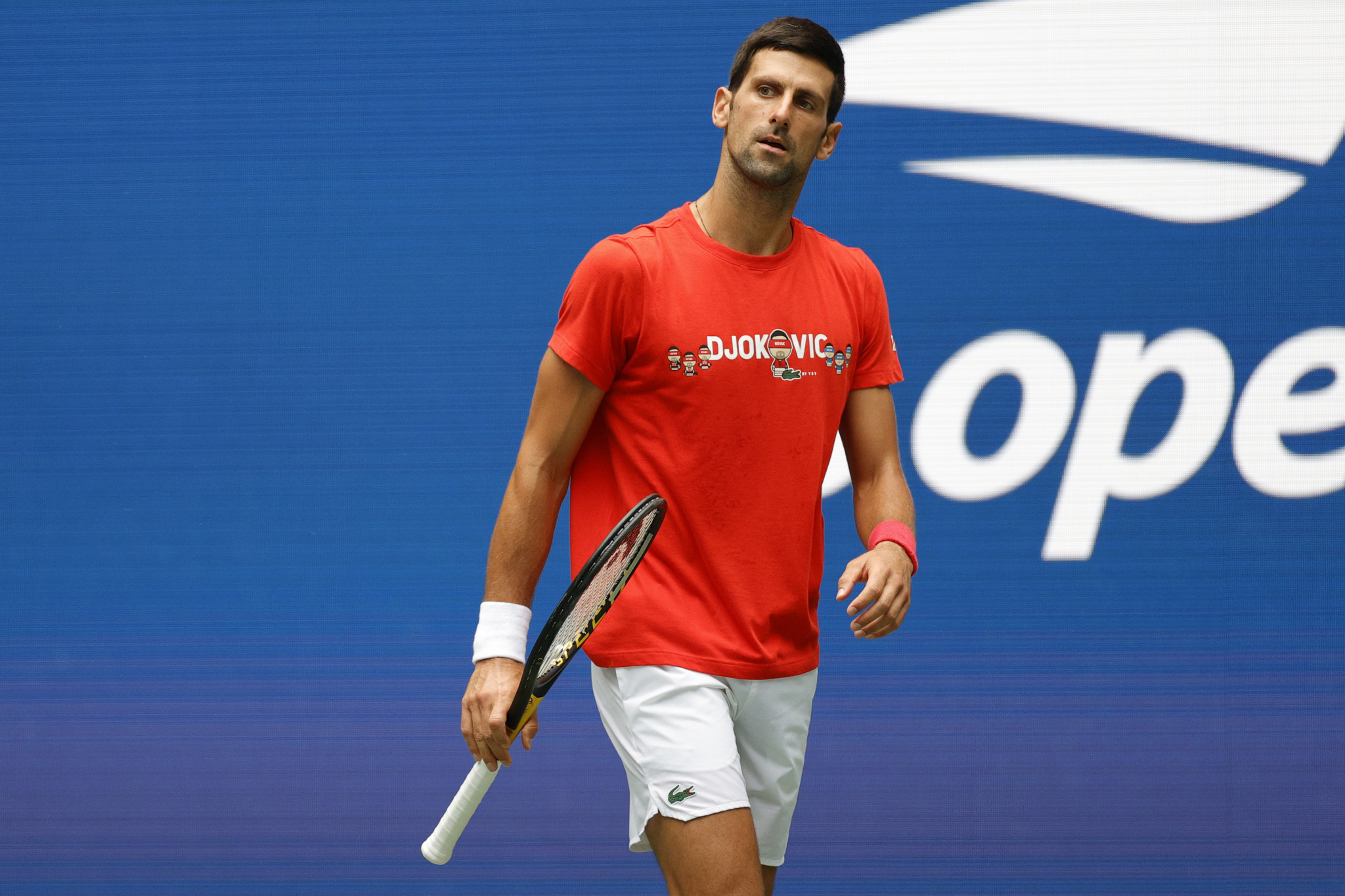 World number one Novak Djokovic will aim to become the sixth player to complete a calendar Grand Slam by winning the US Open, which will take place with a series of high-profile absentees.

Djokovic saw his hopes of joining German great Steffi Graf as the only players to complete a golden slam – all four Grand Slam titles and Olympic gold in the same year – end when he suffered a semi-final defeat at the Tokyo 2020 Olympics.

The 34-year-old suffered defeat in his bronze medal match and withdrew from the Western and Southern Open to recover from a gruelling schedule.

He has already held all four Grand Slam titles at the same time, but did not achieve the feat within the same calendar year.

Don Budge, Maureen Connolly, Margaret Court, Graf and Rod Laver are the only players to have managed the accomplishment, with the latter doing so twice in 1962 and 1969.

Djokovic will begin the men’s singles as the top seed at Flushing Meadows, with the Serbian looking to banish memories of being defaulted last year after striking a line judge with a ball.

Federer and Nadal are absent from the Grand Slam due to injury.

Djokovic’s projected path to the final could see a semi-final clash with fourth seed Alexander Zverev of Germany, who beat the Serbian on route to the men’s singles gold at Tokyo 2020.

Zverev won the Western and Southern Open in preparation for the US Open.

Russia’s Daniil Medvedev and Greece’s Stefanos Tsitsipas are seeded second and third for the tournament, with the pair expected to feature in the latter stages.

Tsitsipas faces former US Open champion Andy Murray of Britain in one of the more eye-catching first round ties.

Austria’s Dominic Theim is absent through injury so will not defend the title he claimed behind closed doors last year.

American great Serena Williams will be a major absentee from the women’s singles draw, with the 23-time Grand Slam champion also nursing an injury.

Two-time US Open champion Naomi Osaka will be the centre of attention again, with the Japanese star playing her first Grand Slam since withdrawing from the French Open to protect her mental health amid a dispute over attending press conferences.

Osaka has played sporadically since and saw her Olympic hopes dashed in Tokyo prematurely.

Ashleigh Barty’s pursuit of Olympic singles gold was surprisingly ended in the first round last month.

The Australian heads into the tournament as the top seed and world number one, after winning Wimbledon and last week's Western and Southern Open.

Barty has not been beyond the fourth round at the US Open.

Spectators are being required to present proof of their COVID-19 vaccination status.

Visitors to the Billie Jean King National Tennis Centre in New York City aged 12 and over will be required to present proof they have received at least their first jab.

Full crowds are set to be allowed at the US Open, and the vaccination requirements apply to the main Arthur Ashe Stadium, which holds more than 23,000, the Louis Armstrong Stadium, the Grandstand and the USTA National Tennis Centre grounds.