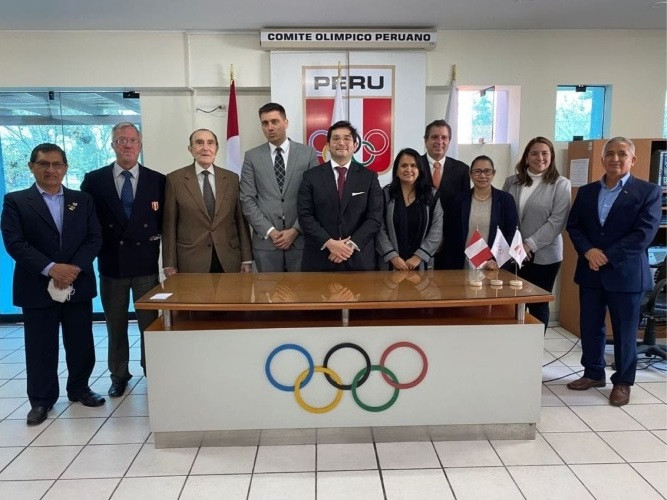 Renzo Manyari has been elected as the new President of the Peruvian Olympic Committee (COP).

The lawyer, already the President of his country's national governing bodies for teqball and weightlifting, ran unopposed and will serve a four-year term until 2025.

He replaces Pedro Del Rosario after receiving 22 of the ballots cast, with one vote blank.

Manyari's leadership team will include Manuel del Castillo as vice-president and Jenny Martinez as secretary general.

Marisol Espinera has been appointed treasurer.

The term of the new President will feature this year's inaugural Junior Pan American Games in Cali in Colombia, which are due to be held from November 25 to December 5.

Peru is due to send more than 100 athletes to the event.

Iván Dibós, Peru's honorary member of the International Olympic Committee, was in attendance at the election.

As Peruvian Federation of Weightlifting President, Manyari has been credited with positioning the sport as one of Peru's most successful.

He has also helped grow the new sport of teqball across Peru after leading the Peruvian Teqball Sports Association since its founding last year.

"We are delighted for Mr Manyari Velazco and wish him the best of luck in his prestigious new role," he said.

"He has been a great partner for the teqball family, helping grow our sport across Peru.

"We are excited to continue working closely with him and his team for many years to come."

Peru did not win a medal at the Tokyo 2020 Olympics, with the country's last podium finish the silver claimed by shooter Juan Giha at Barcelona 1992.