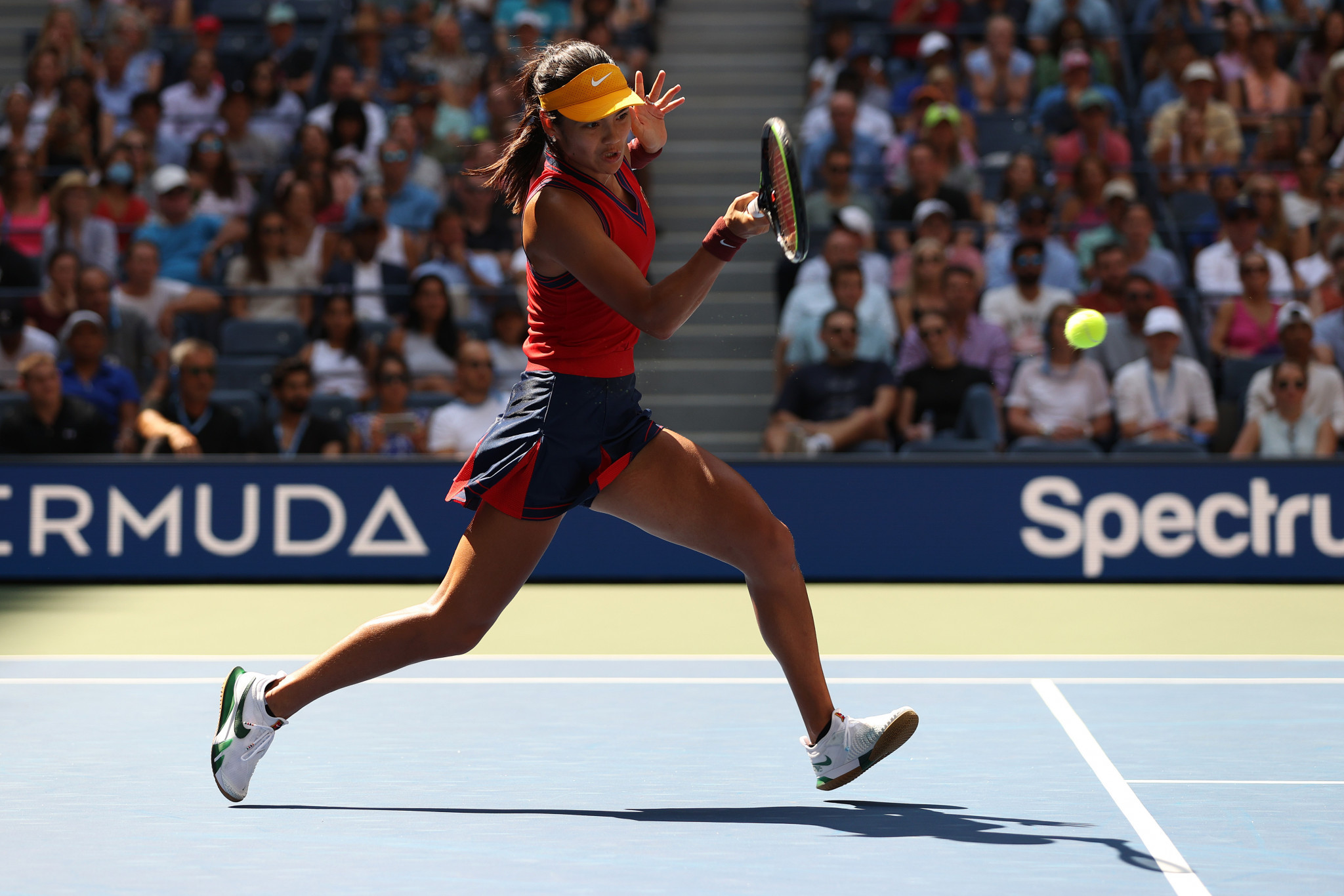 Emma Raducanu became the first qualifier to reach the US Open semi-finals in the Open era after overcoming Olympic champion Belinda Bencic in the women’s singles at the Billie Jean King National Tennis Center in New York.

The 18-year-old Briton needed to overcome a difficult start on the Arthur Ashe Stadium court, as Switzerland’s Bencic immediately broke serve to take a 2-0 lead.

Raducanu had faced the same situation against American Shelby Rogers in the previous round, only to win 11 consecutive games.

She produced another impressive run against Bencic, with five straight games seeing Raducanu wrestle control away from her rival.

Raducanu closed out the opening set 6-3 to close on the semi-finals.

The teenager fended off the break points and struck three games later to establish a 3-2 advantage in the set.

Raducanu came through two close service games in the latter stages of the contest to eventually secure a 6-3, 6-4 win.

Having come through qualification, Raducanu has now won eight consecutive matches at the tournament without dropping a set.

The result saw Raducanu become the first British woman since Jo Durie in 1983 to reach the US Open semi-finals.

Raducanu is now assured of becoming British number one after the tournament, having been ranked 10th in the nation prior to her surprise run to the fourth round at Wimbledon.

The current world number 150 will face Greece’s Maria Sakkari after she made Czech Republic’s Karolína Plíšková the latest high-ranking casualty to be knocked out the tournament.

Sakkari had already beaten the 2019 winner and sixth seed Bianca Andreescu and the Czech tenth seed Petra Kvitová at Flushing Meadows, and the fourth seed, 2016 runner-up and this year's Wimbledon runner-up Plíšková became her latest scalp courtesy of a 6-4, 6-4 victory.

The world number 18 Sakkari has matched her best performance at a Grand Slam to date, after reaching the French Open semi-finals earlier this year.

None of the players left in the women's singles draw have won a Grand Slam before.

The first of tomorrow’s semi-finals sees Canada’s Leylah Fernandez look to continue her brilliant run against the world number two Aryna Sabalenka of Belarus, followed by Raducanu against Sakkari at the Arthur Ashe Stadium.