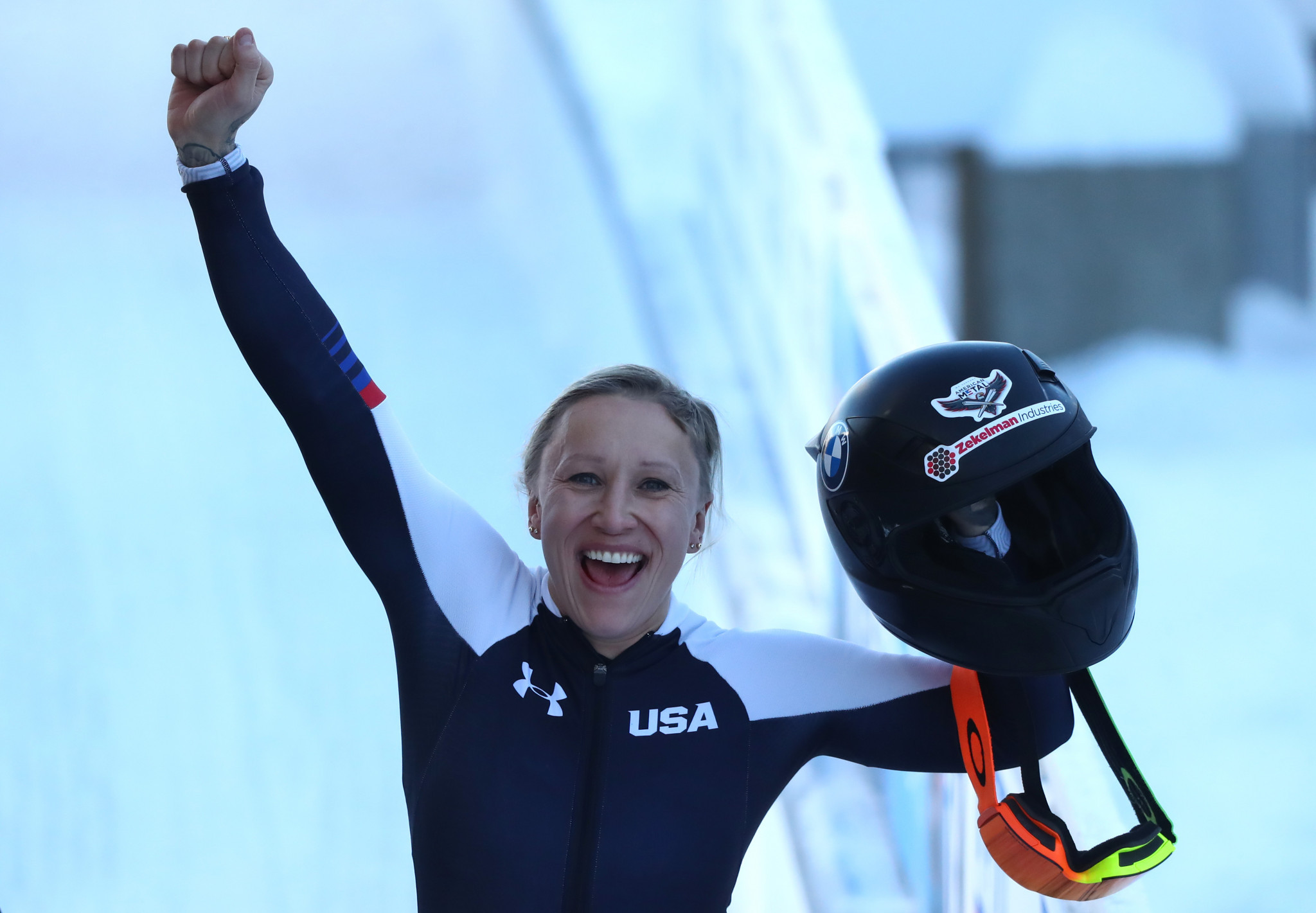 USA Bobsled and Skeleton (USABS) has named its bobsleigh and skeleton teams for the forthcoming winter season, with two-times Olympic champion and current world champion Kaillie Humphries the headline name.

Humphries won golds in the women’s monobob and two-woman at the International Bobsleigh and Skeleton Federation (IBSF) World Championships in February this year, earning her a bye on to the women’s bobsleigh team.

The Canadian-born bobsledder could compete for the US at the Winter Olympic Games for the first time in Beijing next February.

Her two-woman golds at Vancouver 2010 and Sochi 2014 came representing Canada, but she began competing for the US in 2019 over verbal and emotional abuse allegations against Bobsleigh Canada Skeleton (BCS) head coach Todd Hays, high performance director Chris Le Bihan and President Sarah Storey.

In July, Humphries won an appeal to the Sports Dispute Resolution Centre of Canada (SDRCC) to have her allegations investigated again by BCS, after the national governing body’s initial investigation said her claims had insufficient evidence.

Joining Humphries on the US women’s bobsleigh team as pilots for the 2021-2022 season will be Elana Meyers Taylor, a three-times Olympic medallist in the two-woman event, and Brittany Reinbolt.

Former Olympic medallists Aja Evans and Lauren Gibbs will be joined by Sylvia Hoffman, Lolo Jones and Lake Kwaza as push athletes, with Kaysha Love also making her debut on the team.

For the men’s bobsleigh team, Hunter Church will pilot the first team and Codie Bascue the second team.

For the skeleton, the US has earned three places on the women’s World Cup tour, which will be taken by Katie Uhlaender, Megan Henry and Kelly Curtis.

Skeleton’s IBSF Intercontinental Cup tour will see the US represented by Kendall Wesenberg, Savannah Graybill and Sara Roderick in the women’s competition, and Andrew Blaser, Dan Barefoot and Stephen Garbett in the men’s.

The winter season for US bobsleigh and skeleton athletes began with a training period and then a test event for the Winter Olympics in the Chinese capital Beijing in October.

The US has won seven bobsleigh gold medals at the Winter Olympics, with Meyers Taylor and Gibbs earning a silver in the two-woman at Pyeongchang 2018.

The nation has earned eight skeleton medals at the Games, but none at the last edition in Pyeongchang.