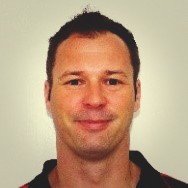 Another key appointment has been made for the 2023 Pacific Games with the announcement of the inaugural executive director of the Solomon Islands National Institute of Sport high-performance project.

Australian Aaron Alsop has been given the task by Solomon Islands Prime Minister Manasseh Sogavare of replicating the success he enjoyed in a similar role when Papua New Guinea hosted the 2015 Pacific Games.

They won a total of 217 medals, including 88 gold, 28 more than nearest rival New Caledonia.

"Samoa delivered its best performances when it hosted the 2007 and 2019 Pacific Games.

"Both countries invested in the development of their sports people at the same time they were planning the implementation of their home Games.

"We will invest in the development of our sports people to ensure they are competitive during the Games."

Alsop’s background is in volleyball, having coached and managed in Papua New Guinea, Vanuatu, Samoa and the Solomon Islands.

He was already working at the Solomon Islands National Institute of Sport as a project lead and has been general manager of high performance at the National Olympic Committee of Solomon Islands since May 2019.

At the last Pacific Games in Apia in Samoa in 2019, the Solomon Islands finished 13th on the overall medals table.

They won 36 medals, including four gold.

Alsop is the second Australian to be appointed by Sogavare to play a leading role in the planning for the Games.

Earlier this week, he announced that Peter Stewart had been appointed as the new chief executive of the Organising Committee.

He replaced Akao Waita, appointed last October as the first woman to lead a Pacific Games Organising Committee, but who has subsequently decided to step down.

The 2023 Pacific Games are due to be held in the capital Honiara between November 19 and December 2 having been delayed by four months due to the coronavirus pandemic.

"The time has come for us to start the sprint towards the finish line - November 19 2023, when our nation will celebrate the Opening of the 17th Pacific Games in our brand-new National Stadium in Honiara," Sogavare said.