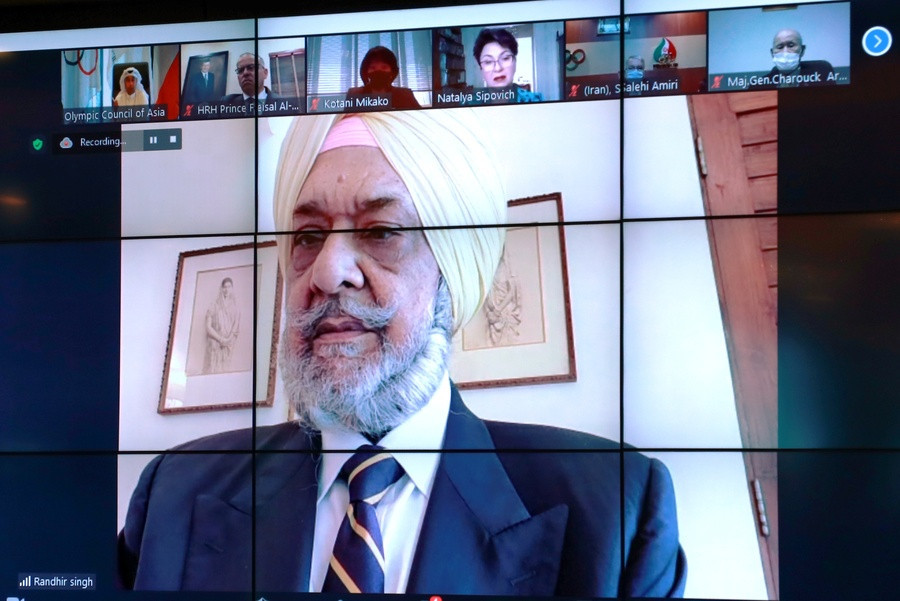 Acting Olympic Council of Asia (OCA) President Randhir Singh has paid tribute to Sheikh Ahmad Al-Fahad Al-Sabah, forced to step down last week after being found guilty of forgery in a court in Switzerland and sentenced to 13 months in prison.

The Indian, an honorary life vice-president of the OCA and former secretary general, chaired the first Executive Board held by the continental governing body since temporarily replacing Sheikh Ahmad following the verdict of the court in Geneva last Friday (September 10).

Sheikh Ahmad, who had led the OCA since 1991, has announced plans to appeal against the sentence.

"I am honoured to be the Acting President of an organisation which we have all so lovingly built and nurtured, but I would like to assure you that this is an interim set-up until Sheikh Ahmad clears his name," said Singh during the meeting held via video conference.

"I would like to place on record my appreciation and admiration for Sheikh Ahmad in successfully leading this organisation for 30 years; Sheikh Ahmad has been responsible for the growth of the OCA and the Asian Games as one of the biggest multi-sports events in the world.

"We, as the OCA Executive Board, should lend all our moral support to him during this critical period and hope and pray that he clears his name sooner rather than later.

"I can assure you the work of the OCA will continue to carry on as usual without any hindrance, as per OCA Constitution and the Olympic Charter.

"I have full confidence that the OCA Headquarters and its director general will continue to carry on the good work which they have been doing for well over four decades."

The meeting heard updates on the next four multi-sport games due to be organised by the OCA, including next year’s Asian Games in Hangzhou in China.

It also heard reports on the sixth Asian Indoor and Martial Arts Games in Bangkok and Chonburi in Thailand next year and the third Asian Youth Games in Shantou in China, recently postponed because of the COVID-19 pandemic and re-arranged for December 2022.

There was also an update on the sixth Asian Beach Games in Sanya in China, originally due to take place last year but which, because of coronavirus, has been rescheduled for 2023.