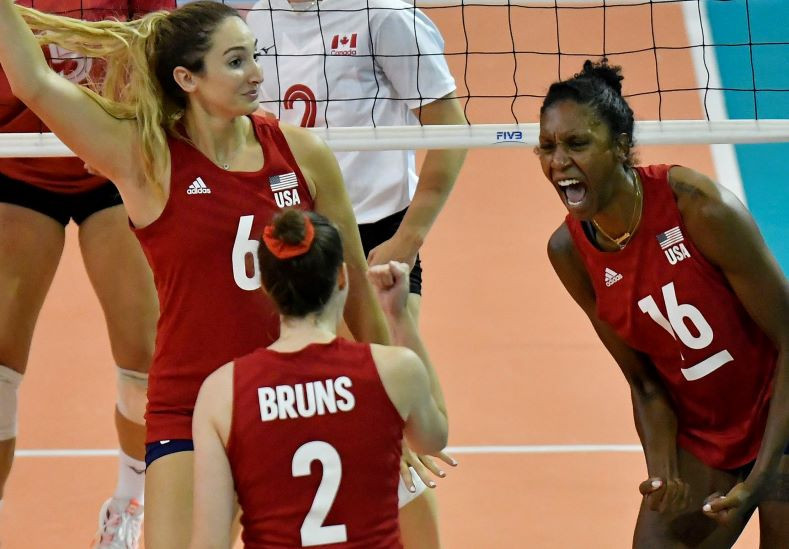 The United States moved to a record of three wins and zero defeats to end Canada's unbeaten run at the Women's Volleyball Pan American Cup.

Entering the match, the two teams and the Dominican Republic were the only sides to have secured a victory, all three having won their first two outings.

Danielle Cuttino led the US' scoring onslaught with 12 points, including a tournament-high six blocks.

US coach said: "Our team has a lot of reasons to feel proud about.

"We keep playing better every day.

"We are very happy with the job done by our young setter Elle Glock as this is her first international appearance.

"All our victories have been the result of a team effort."

The other unbeaten team, the Dominican Republic, also maintained their strong start to the Pan American Cup, defeating Puerto Rico in straight sets, 25-11, 25-10, 25-20.

Dominican Republic coach Marcos Kwiek said: "Today, we were focused on the game from the very beginning.

"I had the opportunity to give playing time to all the girls who need to get into the rhythm of the tournament.

"Tomorrow, we have a more mature opponent (Canada) than Puerto Rico so we have to maintain the focus and keep working."

Competition continues tomorrow with Mexico playing Puerto Rico, the US against Cuba and Canada versus the Dominican Republic.