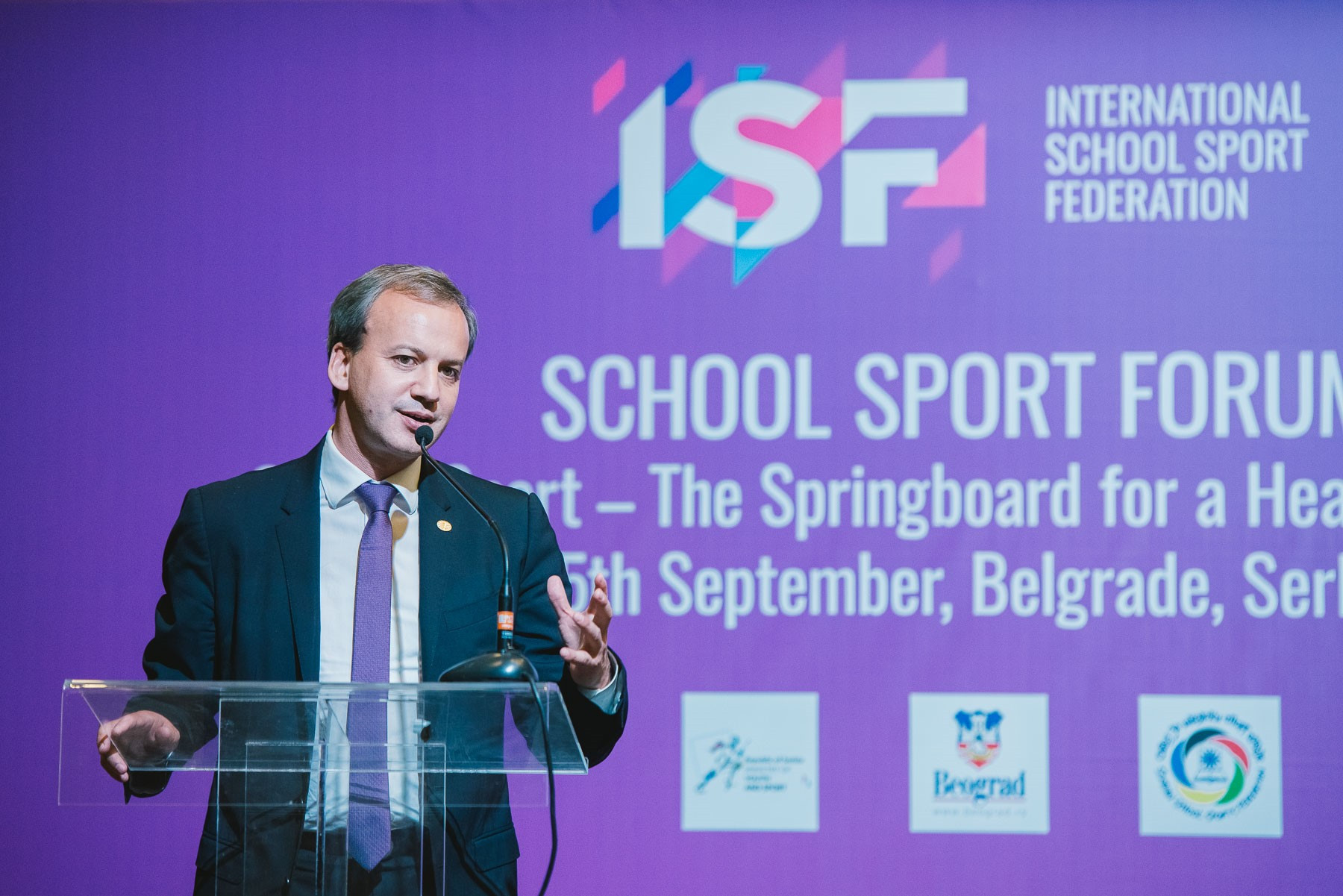 The inaugural World School Sport Games, hosted in Belgrade, is seeing around 2,500 student-athletes from 35 countries competing across 14 sports.

Action was suspended on Wednesday (September 15) for the ISF School Sports Forum, the Be Together Ceremony - which focuses on the theme of togetherness after "together" was added to the Olympic motto by the International Olympic Committee this year - and the traditional Nation Night.

During the Be Together Ceremony, in the presence of the Brazilian Minister of Sports, Marcelo Magalhães, it was announced that Brazil would host the Games in 2023.

A Memorandum of Understanding between the ISF and the International Chess Federation (FIDE) was also signed, with FIDE President Arkady Dvorkovich eager to bring grassroots chess to schools.

There was a variety of sessions throughout the day that student-athletes attended.

United Nations Educational, Scientific and Cultural Organization representative Nancy McLennan delivered a presentation titled, "Delivering results in health, education and equality through sport", Florencia Van Houdt, head of Unit for Sport of the European Commission, spoke about the "#HealthyLifestyle4All" initiative, which is set to launch on September 23, and there was a panel discussion on "The values of sport in all classes".

Representatives from the International Federations of judo, badminton, basketball and wrestling were all in attendance.

International Basketball Federation secretary general Andreas Zagklis said: "Cooperation between school sports federation and Federations can work wonders when it comes to developing a curriculum on how to teach the fundamentals of each sport for lifelong enjoyment.

"Basketball initiation and learning programmes should be similar in the school environment as in clubs."

The Badminton World Federation (BWF) has launched programmes such as Shuttle Time, which aims to "give every child the chance to play for life" in an attempt to improve children's participation in the sport.

BWF Board member David Cabello said the Shuttle Time initiative "has become so important that the motto has become the BWF motto as an organisation to spread out our core values: respect, equity and inclusion.

"This is a major impact for the programme dedicated by the BWF to school sport and thanks to it we have developed outdoor badminton."

Another panel discussion titled "Healthy Living Habits for Students" also took place, focusing on the opportunities offered to Serbian school children, while Ukrainian Deputy Minister of the Ministry of Education and Science Arthur Seletskiy spoke about his country's efforts to create a "healthy generation", including active breaks and initiatives partnering esports and physical activity.

The ISF World School Sport Games will conclude on September 19.