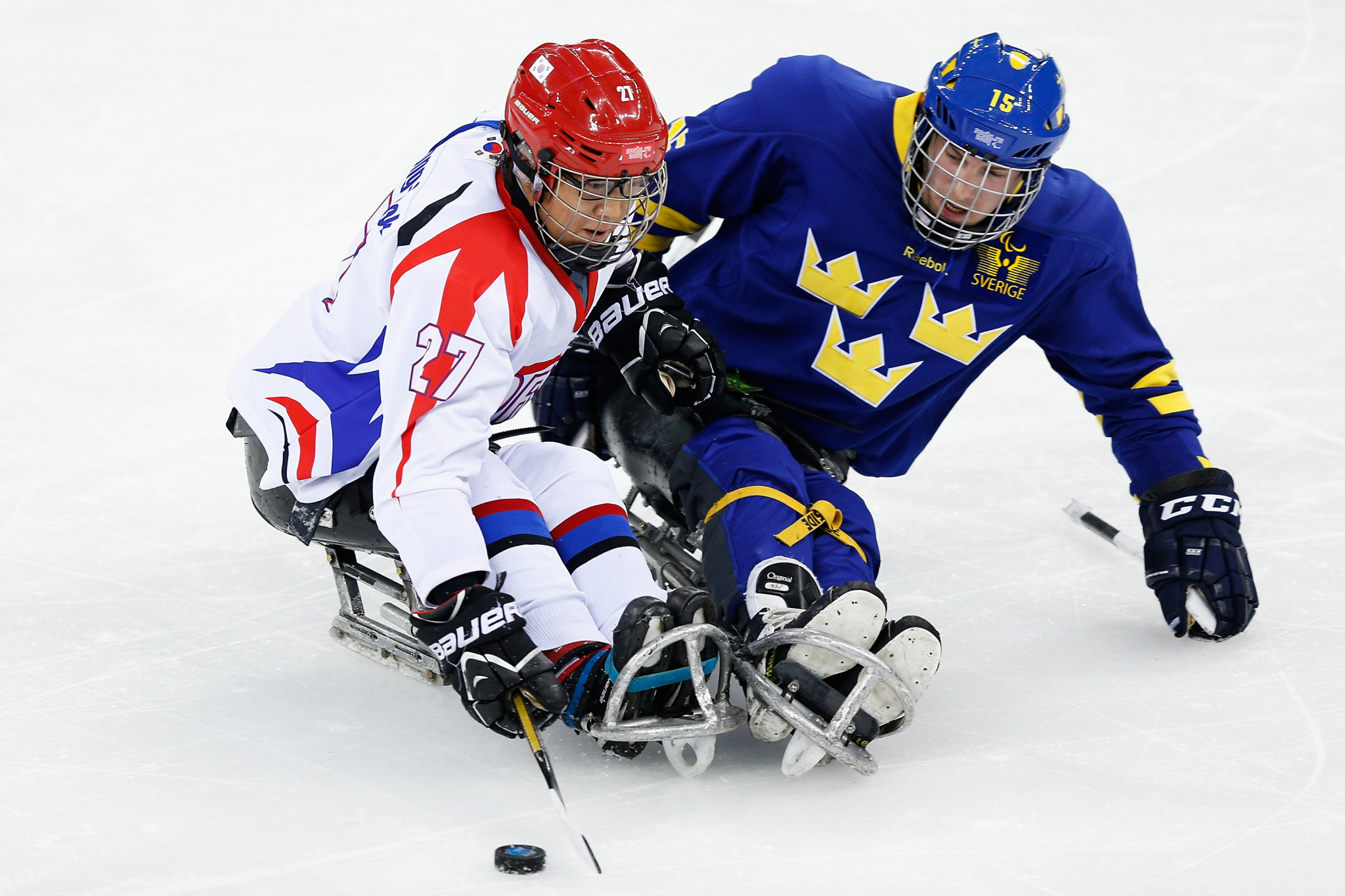 Hosts Sweden started their campaign at the World Para Ice Hockey Championships B-Pool in Östersund with a solid victory over Finland.

Robin Meng scored a hat-trick as the top seeds defeated their Nordic rivals 6-0.

Niklas Ingvarsson opened the scoring in the first period and a second was added minutes later by Rasmus Lundgren.

Meng then added the final period to get the number one seeds off to a winning start.

In the opening game of the tournament, China dominated Poland, beating them 18-0.

Ten players were on the scoresheet for the Asian side, with Li Hong Guan getting the only hat-trick of the game.

China scored six goals in each of the three periods to achieve the very one-sided scoreline.

Bas Disveld opened the scoring in the first period and by the end of it, Germany were 3-0 up thanks to goals from Frank Rennhack and Hugo Raedler.

Felix Schrader scored a double in the second and third periods to make five for the leaders, before Bernhard Hering and Joerg Wedde completed the rout.

The top three teams from the tournament will qualify for the Paralympic Qualification Tournament, where spots for Beijing 2022 will be on the line.