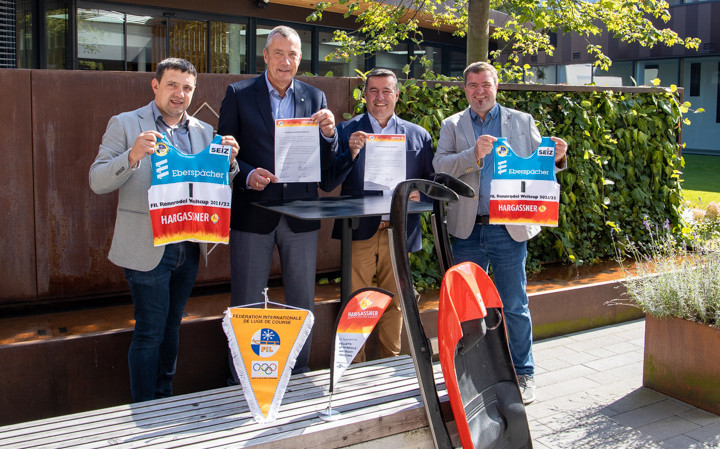 The company joins the FIL's portfolio of partners of its flagship World Cup series after signing a deal with the global governing body.

German automotive supplier Eberspächer will remain title sponsor of the circuit, while car company BMW is also a main sponsor.

"The support of winter sports has a long tradition at Hargassner," said FIL President Einars Fogelis.

"Hargassner has been an active sponsor of both the Austrian ski jumping team and the FIS Alpine Skiing World Cup for many years.

"We are very pleased that the biomass specialist is expanding its strategic, international sponsorship together with us in the sport of luge."

The company's owner and managing director Markus Hargassner also welcomed the deal with the FIL.

"Learning from each other and successfully achieving goals together is what connects Hargassner and the female and male luge athletes," he said.

The FIL World Cup season is due to start in Yanqing on the track for the 2022 Winter Olympic Games in Beijing on November 20 and 21.

There will then be back-to-back World Cups on the track used during Sochi 2014 on November 27 and 28 and the event relocated to the Russian venue from Lake Placid due to visa issues, set to take place on December 4 and 5.