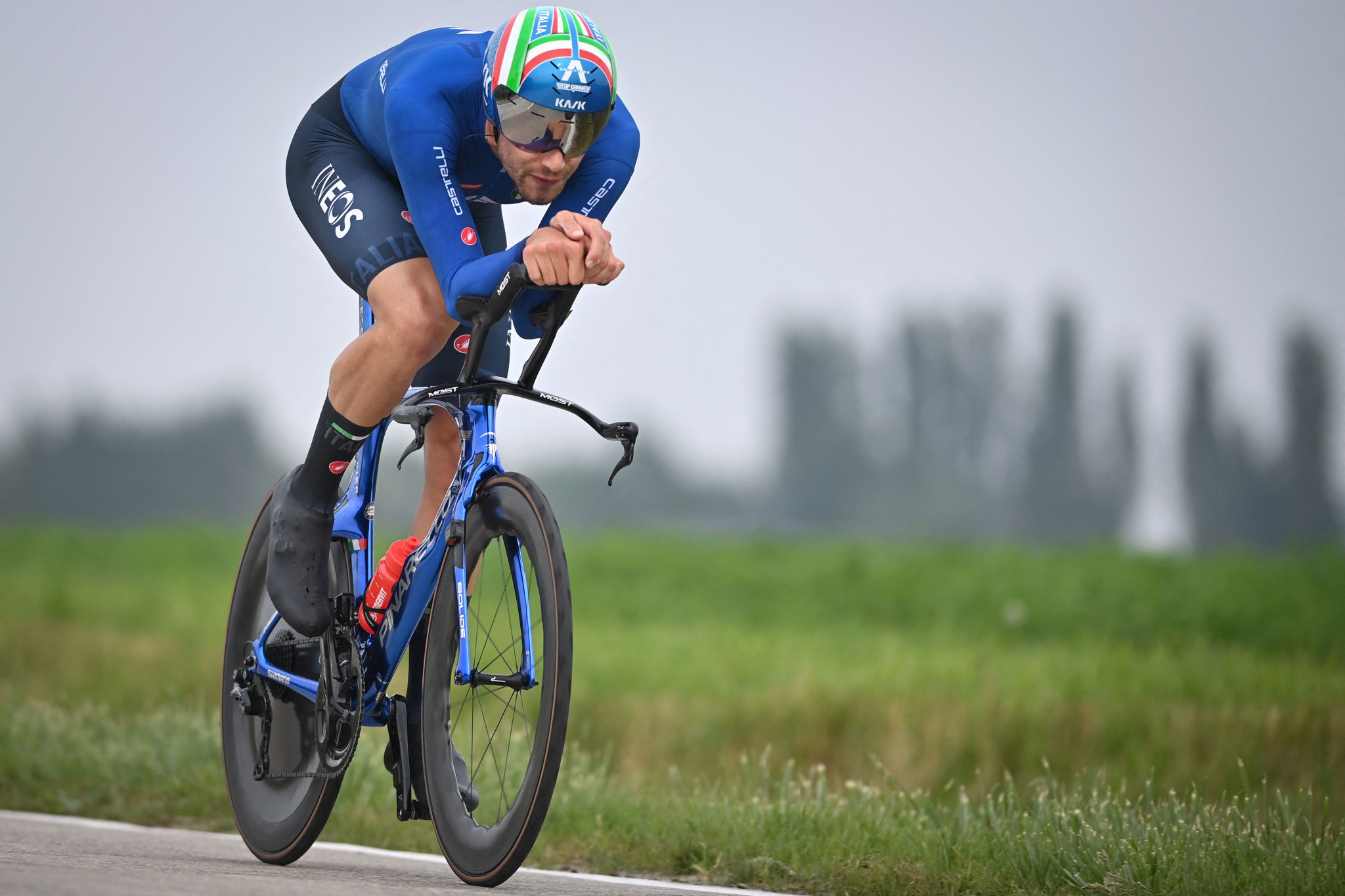 Ganna and Van Aert were considered among the favourites for the event, which took place on a flat 43.3-kilometre course, starting in Knokke-Heist and finishing in Bruges.

Remco Evenepoel produced one of the strongest rides of the competition, with the Belgian rider setting the target time on the course of 48min 31.17sec.

The Belgian rider was assured of a medal when Denmark’s Kasper Asgreen finished two seconds slower.

Evenepoel was left watching Ganna and Van Aert, with the two riders posting faster times on the course.

Van Aert appeared the likely winner after the Belgian was quickest at the first two intermediate time checks.

He held a narrow one-second cushion over Ganna heading into the closing 10 kilometres of the event, leading to a thrilling finale.

Van Aert set a time of 47:53.20 at the finish to top the standings, with the local crowd hoping he could add the world title to a Tour de France individual time trial stage win.

The Belgian was denied by Ganna, as the defending champion shaved six seconds off the time to claim gold in 47:47.

Ganna, who triumphed at a home World Championships last year, offered a tribute to his rivals after clinching gold.

"Winning in your home country is amazing but sorry, today I woke up with a dream to win," Ganna said.

"When I started my race I wanted to win and it's fantastic to keep this jersey again.

"Thank you to the guys for motivating me to improve and I’m really happy."

The women’s elite time trial will take place tomorrow, alongside the men’s under-23 event held on the same 30.3km course.

Junior time trial events will be held on September 21, with the mixed team relay taking place the following day.