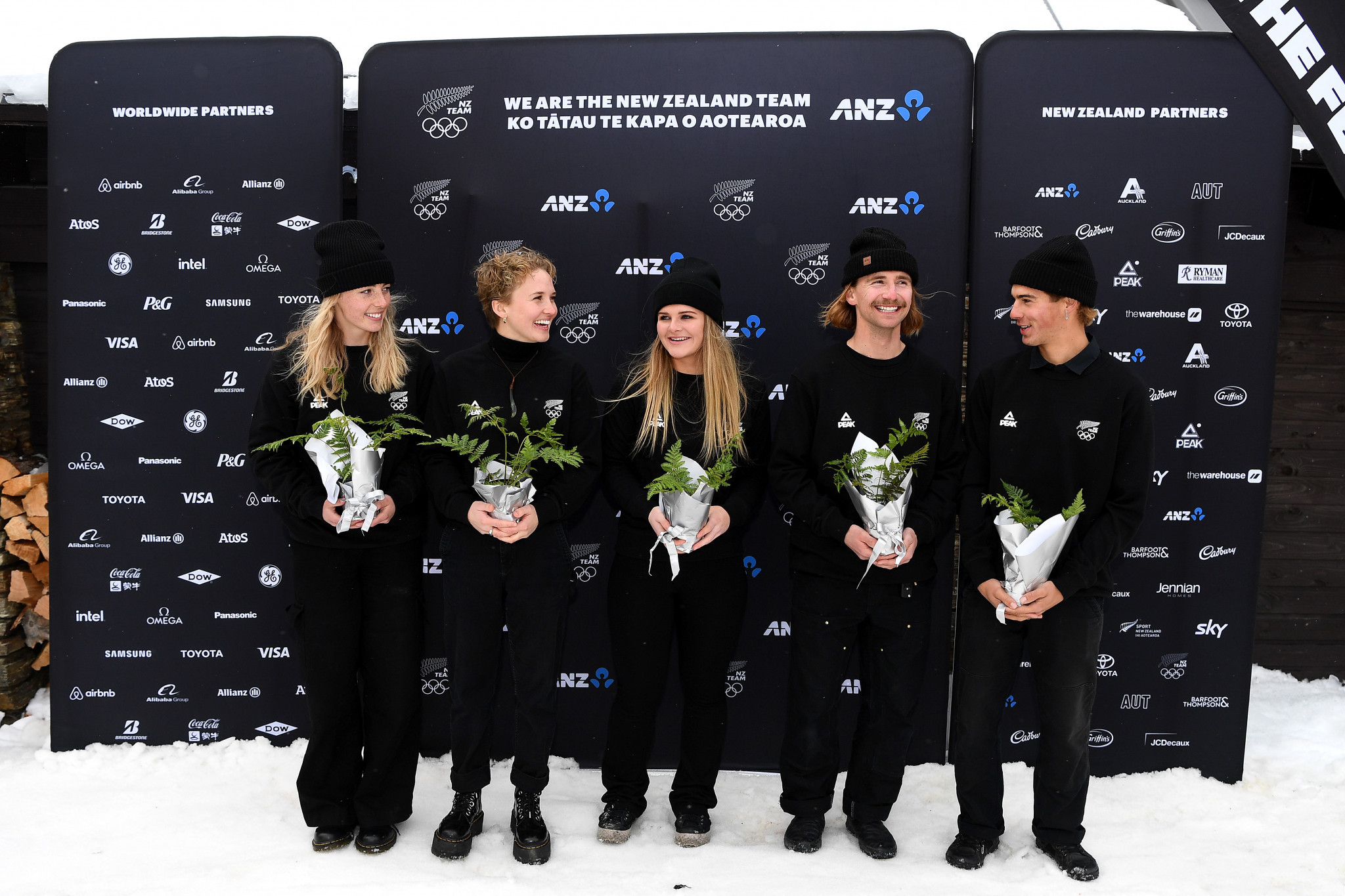 Olympic medallists Nico Porteous and Zoi Sadowski-Synnott are among the first five athletes to be named in the New Zealand team for Beijing 2022.

The 19-year-old Porteous won a bronze medal in the men's ski halfpipe at Pyeongchang 2018 and 20-year-old Sadowski-Synnott claimed a medal of the same colour in the women's snowboard big air.

Both are now reigning world champions after striking gold in Aspen in the United States this year.

Sadowski-Synnot will compete in both big air and slopestyle at Beijing 2022.

The pair are joined in the New Zealand squad by 19-year-old Alpine skier Alice Robinson, who will contest giant slalom.

She has won three World Cup races in the discipline, with her latest success coming in Lenzerheide in Switzerland in March.

Robinson also won the junior world title in 2019, a year after finishing 35th in Pyeongchang.

The five selections are completed by freestyle skiers Finn Bilous and Margaux Hackett who will both compete in slopestyle and big air.

Bilous competed in Pyeongchang but Hackett has been picked for her first Olympic team.

"I'm looking forward to getting there and just doing what I love and skiing at my best.

"It's great to be back on snow and we're getting some really good training in so I'm feeling good."

Robinson said she had "grown a lot as a person" over the last four years.

"Pyeongchang was a fantastic experience for me and I leant a lot from it, I've made a lot of gains since then and I'm really looking forward to Beijing," she said.

"I'll be doing everything I can to get on the podium."

New Zealand had only won a single silver medal at the Winter Olympics before Porteous and Sadowski-Synnott made the podium at Pyeongchang 2018.

"Well done to these athletes for all the hard work that has gone in to get you to this point," said New Zealand Olympic Committee chief executive Kereyn Smith.

"It's great to be naming Olympic medallists and world champions in our first Winter Olympic selection and we're thrilled there is so much young talent coming through the ranks.

"We are looking forward to watching these athletes represent our nation and add to our proud Olympic legacy as they earn the fern in Beijing next year."