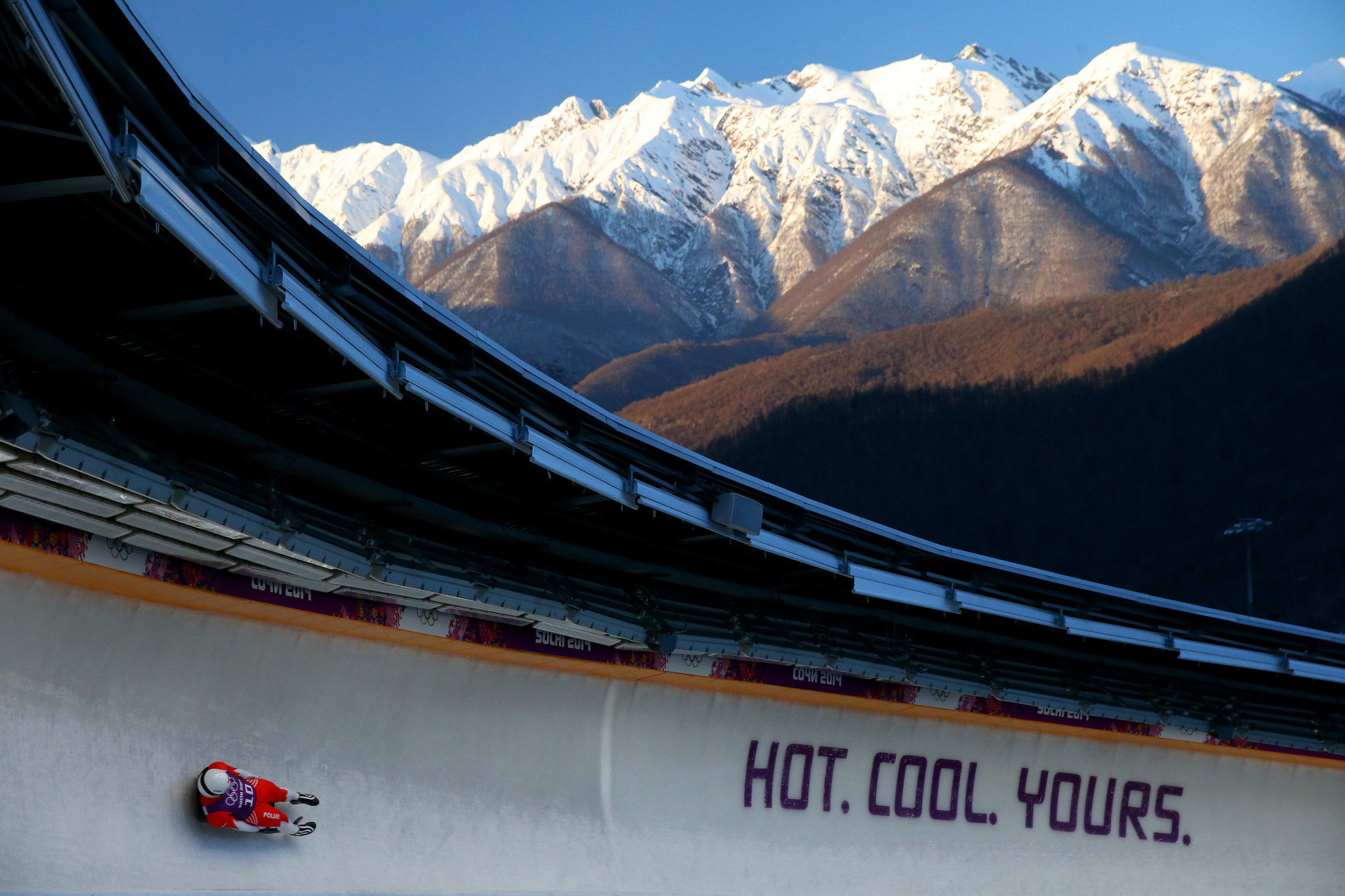 USA Luge will be forced to begin their preparations for the new season in Russia after a planned training trip to Norway was cancelled because of travel restrictions imposed due to COVID-19.

They had been due to travel to the Lillehammer Olympic Bobsleigh and Luge Track for a training camp, but Norway is one of several European countries to have reintroduced temporary internal border controls to help control the spread of coronavirus.

The team will now instead travel to the Sliding Center Sanki, built for the 2014 Winter Olympic Games in Sochi, for two weeks in the last week of September and first week of October.

"We intend to accumulate 144 runs per sled prior to the competition season," said USA Luge head coach Robert Fegg.

"In this time, we want to see our athletes get comfortable with their equipment, and test various technology and sled set-ups.

"The fall is the time to do it as we only get five runs per week once the World Cup tour begins."

After that the team will return to Lake Placid for their only appearances in the US this season.

They are scheduled to open the local sliding season in a competition between October 13 and 17.

From October 20 until 25, the national team will slide at the Utah Olympic Park in Park City.

But the International Luge Federation World Cup event, due to take place in Lake Placid on December 4 and 5, will not take place in the US as planned due to problems with competitors from Russia and Georgia being able to get visas in time.

That event will instead be held in Sochi.

The first three weeks of November are due to be spent at the Yanqing Sliding Center in China where racers and coaches will finally get a first-hand look at the course for next year's Winter Olympics, due to take place between February 4 and 20.

The World Cup season is scheduled to begin there on November 20 and 21.

The team is led by three-time Olympian and 2018 Pyeongchang silver medallist Chris Mazdzer, among those rare athletes who could race in singles, doubles and the team relay at the Winter Games.

"I will be testing all new equipment in both singles and doubles and will be starting off the season all-in on these new setups," said Mazdzer.

"I am sure there is going to be a learning curve, but I am confident that I at least have the mental and physical fortitude and strength to deal with any challenges that might come my way.

"I know Jayson [Terdiman] is also excited about a new doubles sled from Andre [Florscheutz, Olympic silver medallist] that will be built to fit us finally, and I am hoping this will increase our stability and therefore consistency down the track."

The US is due to select its team for Beijing 2022 in mid-January.

Competitors have the first seven races of the World Cup season to stake their claim to a berth at Beijing 2022.