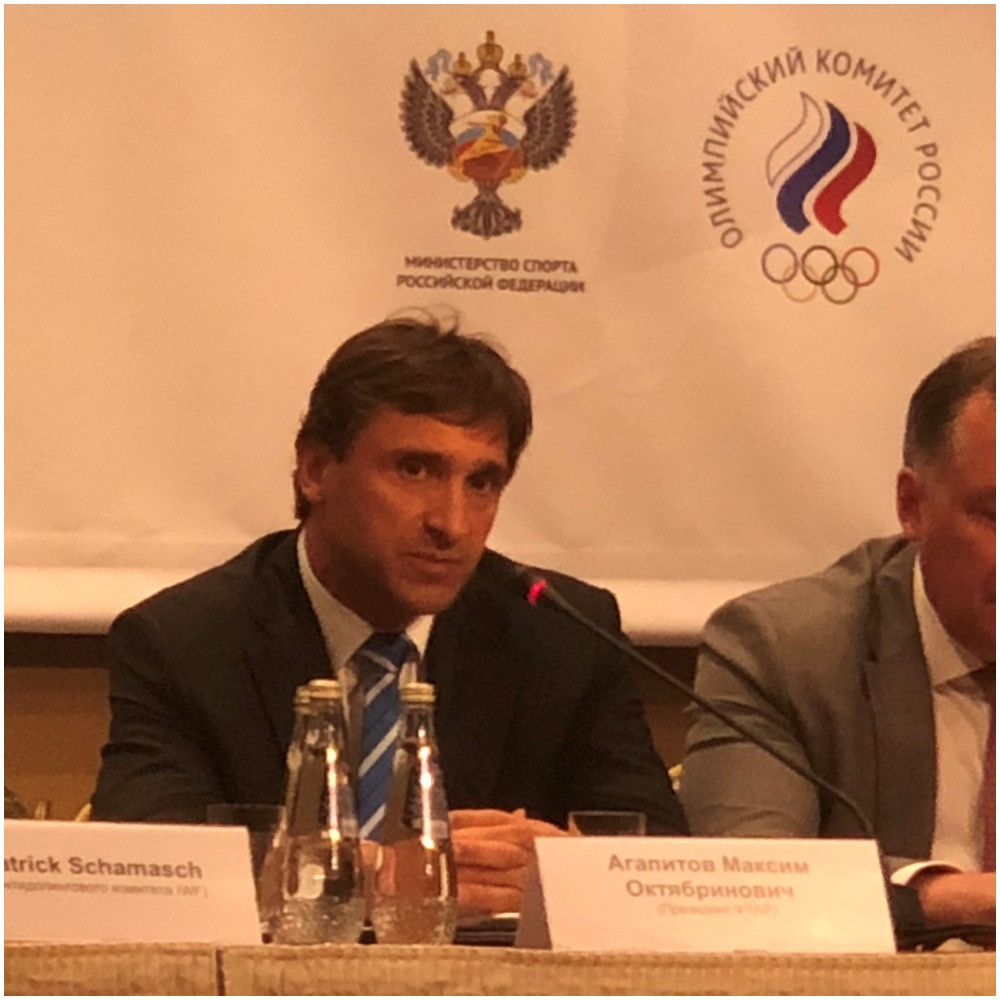 Members of the European Weightlifting Federation (EWF) have delivered the strongest possible message that they want Maxim Agapitov to step down from his role as Acting President.

They supported a vote of no confidence in Agapitov by a margin of 29 to four at the EWF Congress in Finland, which the Russian did not attend in person.

Hasan Akkus, who stood aside as President in June after being charged with a serious doping violation, is hoping to return to office but only if and when he is cleared by the International Testing Agency (ITA).

If that does not happen in the next two months or so, a new permanent leader could be elected at an Extraordinary Congress, possibly before the end of the year.

The Congress also rejected, by a large majority, Agapitov’s report of his activities since he became Acting President in late June.

"He is not fit to represent the federation - he lacks the skills," said David Kipshidze from Georgia, one of four EWF Board members who had temporarily withdrawn from their duties in protest at Agapitov’s behaviour.

Those members complained of a lack of communication and collaboration.

They lost confidence in Agapitov when he used the EWF website last month to publish a controversial letter, later withdrawn from the site, in which he made personal allegations about weightlifting officials from Britain and Hungary.

"He did not or would not answer simple questions about that letter, and he did not communicate with us when we asked for an explanation," said Kipshidze.

"His problem is he doesn’t understand what he has done. That letter had nothing to do with other members of the EWF Board and we were not consulted about it. It was misrepresentation.

"He thinks it’s not a big deal, but in Doha (at the recent International Weightlifting Federation (IWF) Constitutional Congress) some of the most senior people in weightlifting suggested to him that he should step down as Acting President of the EWF."

Lawyers advised the Congress that there was no procedural way of removing Agapitov from office, so instead the vote of no confidence was proposed to send a clear message that members want a new leadership.

There was another large majority in favour of a vote to elect a new permanent President before December, when the IWF holds its Electoral Congress.

Many nations signed up to a request for an Extraordinary Congress, at which the Presidential election would take place - provided lawyers approve that course of action.

The situation is complicated by the fact that Akkus could return to office depending on the timing of the ITA case.

Akkus, who addressed the Congress in Rovaniemi by video from his home in Turkey, told members that there had been little significant progress in proceedings since he stood aside in the last week of June, less than three months after he was elected.

The ITA has accused Akkus of collusion in an attempt to avoid a possible ban and a hefty fine for the Turkish Weightlifting Federation, of which he was President at the time, when 17 of its athletes tested positive in the last two months of 2012. He is contesting the charge.

Asked to discuss his plans, Akkus sent a statement to insidethegames.

It said: "The ITA published a report containing some allegations against myself (in late June) without consulting me. At that time, it was being discussed whether the IWF would stay in the Olympic Games. The situation was quite delicate for weightlifting.

"On July 7, we denied the claims of ITA in writing through my lawyer. The ITA did not reply for a long time. The process took longer than expected and there is still no decision about me.

"Some members of the EWF Executive Board and many EWF member countries asked me to take back my decision and return to the EWF Presidency.

“However, as the investigation against me was not over, I stuck to my decision.

"As seen in the (Rovaniemi) Congress, the leadership problem in the EWF continues.

"In response, member states demanded an extraordinary election as a reaction.

"In accordance with the opinion that the EWF Executive Board received from the lawyer at their Board meeting (on September 23), if I return to my duty before voting day, the election must be terminated.

“I hope the allegations against me will be clarified before the election and I believe that I will resume the EWF Presidency again without resorting to an election.

"I am aware that EWF member federations know very well the opportunists that emerged during this turbulent period."

According to delegates, Agapitov addressed the Congress by video link, explaining what he had done for the sport in Russia and at the IWF, on whose Board he sits.

When asked directly, “But what, specifically, have you done to promote European weightlifting?” he was unable to reply, said Ashley Metcalfe, who asked the question.

An official report on the EWF website says Agapitov "promised to update his report" after Metcalfe’s request.

Metcalfe, chief executive of British Weight Lifting, said: "Most people who found themselves in Maxim Agapitov’s position would accept that they need to resign.

"The members’ intention is to elect a new permanent President. We want to set a good example to weightlifting’s stakeholders, we want Europe to be the first continent to choose to change.

"This situation is to the detriment of the sport and the athletes. Money that will be spent on the Extraordinary Congress, to make one decision on leadership, should be used to develop the sport in Europe."

Agapitov is believed to have stayed in Russia for health reasons, though he did not confirm this or reply to a request for comment from insidethegames.

The reports of the EWF treasurer and general secretary, Astrit Hasani and Milan Mihajlovic. were approved by Congress.

There was also a discussion on reform within the IWF and the adoption of its new Constitution.

There was overwhelming support from delegates 28 votes in favour from 31 cast, for a proposal to continue the reform process in Europe. More details will follow in due course.

The Congress took place before the start of the European Junior and Under-23 Championships, which run until next Sunday (October 3).

One of the highlights of the week should be the appearance of Karlos Nasar from Bulgaria, who came within one kilogram of a senior world record on his last international appearance - at the age of 16.

Nasar, now 17 and holder of youth, junior and senior European records, is due to lift in the 81kg on Thursday (October 7).