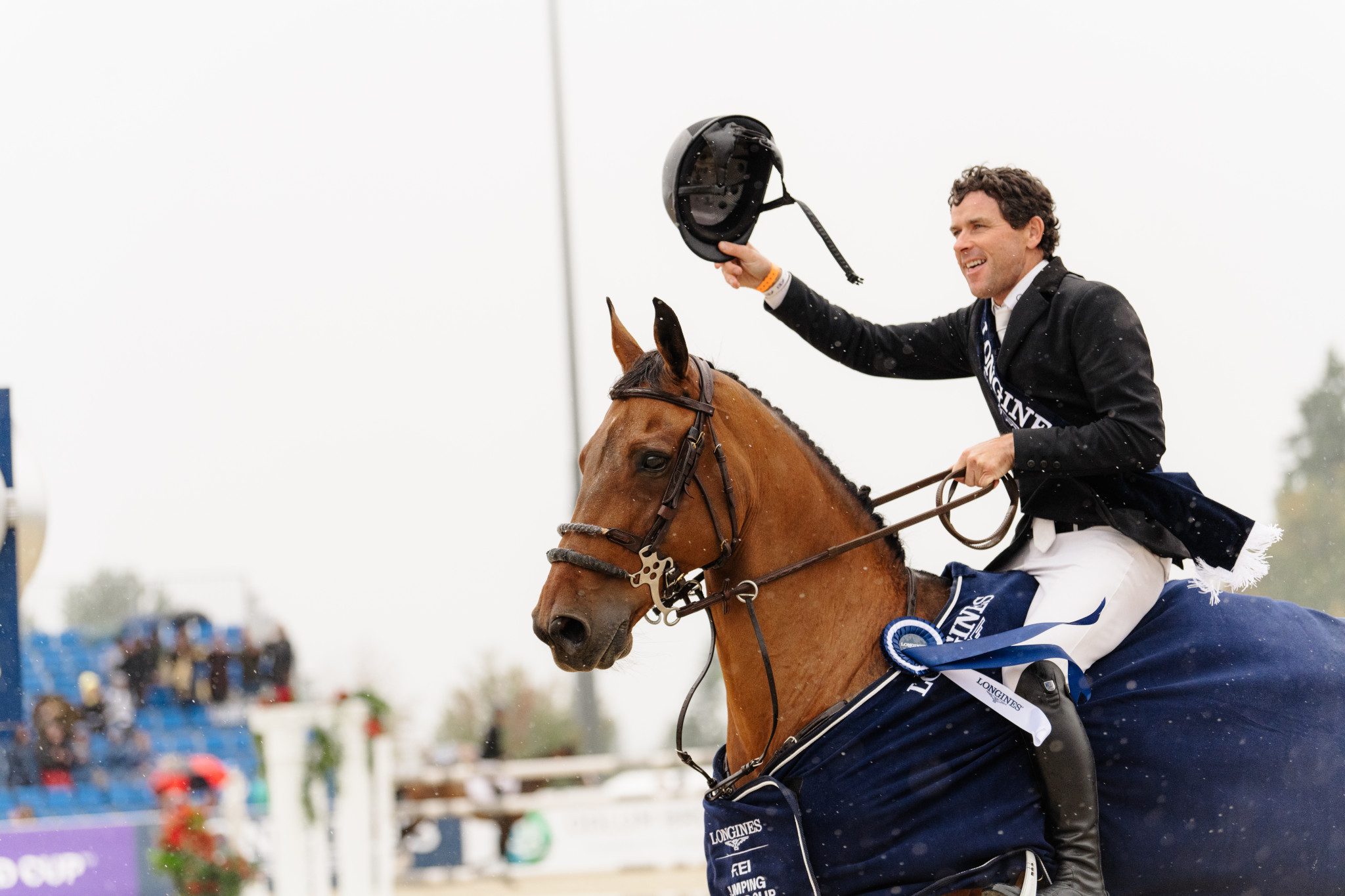 A total of 14 athletes from the NAL will qualify for the Longines FEI Jumping World Cup Final in Leipzig next April, including 10 American athletes - seven from the East Coast and three from the West Coast - and two from Canada and Mexico apiece.

Only four riders went clear in the opening round and reached the jump-off - Rowan Willis of Australia, Kent Farrington of the United States, Vanessa Mannix of Canada and Swail.

Farrington, riding Austria, set a blistering time of 36.12sec and seemed to set to jump clear before clipping the final hurdle of the round.

That meant a clear run would be enough for victory.

Mannix on Catinka finished second, also riding clear in 40.59, while Willis on Ashton Dakota finished in fourth, also with one fault but finisher slower than Farrington.

"If Kent [Farrington] had been clear, I imagine he would have been the winner," said Swail.

"He would have been hard to chase."

Swail also praised Vinny, stating his intentions to impress in the NAL.

"He jumped so well today, he deserved it for being so good."

Swail added: "We’re off to a great start [in the North American League].

"This is the first [qualifier].

"We’re going to be on a little tour doing [World Cup events].

"We’ll see how we’re going after that."

Farrington, on 12 points, is third.

The NAL continues on October 9 in Sacramento.