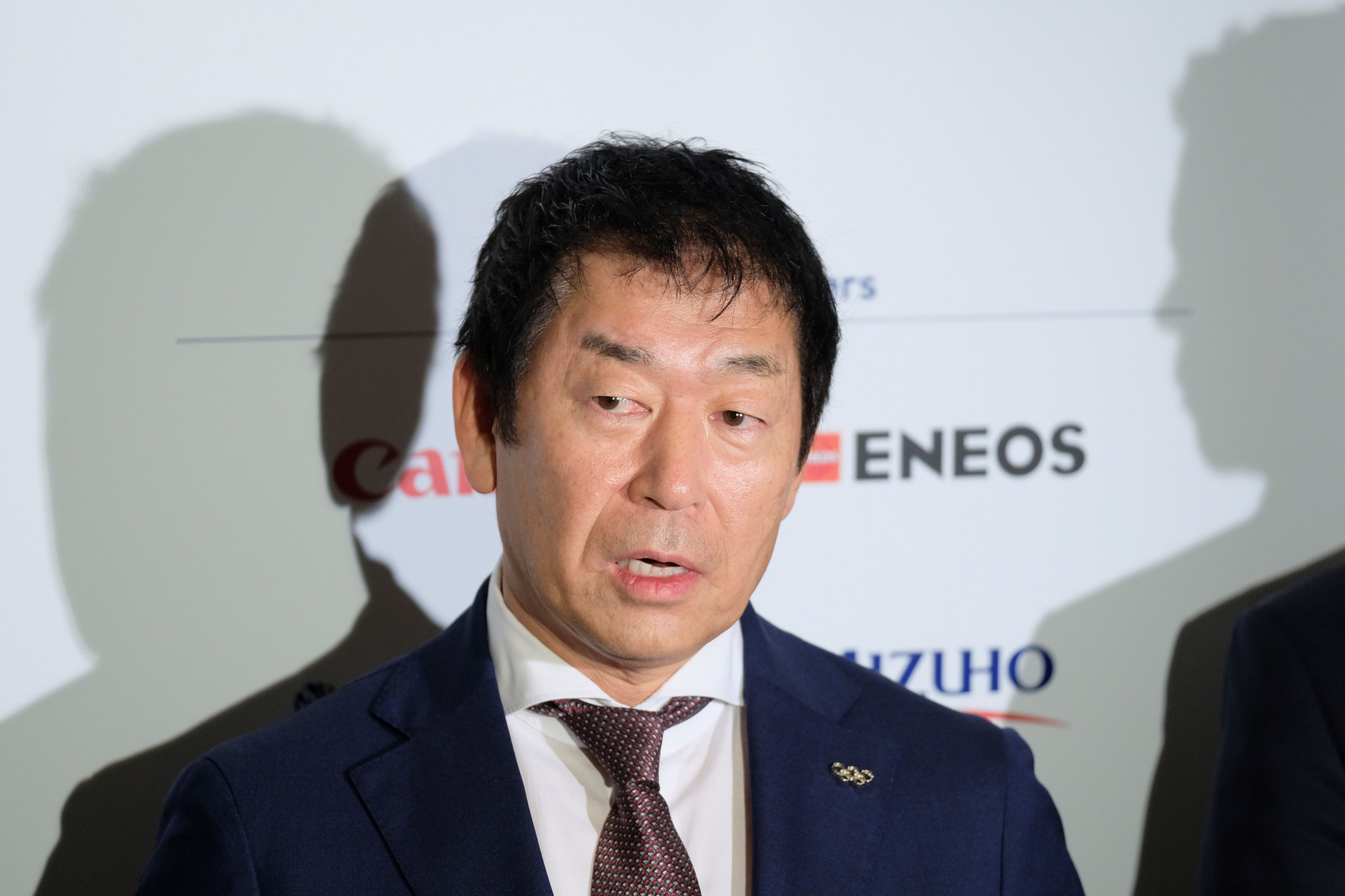 The Japanese Government is using its Embassies around Europe to drum up support for Morinari Watanabe’s campaign to be re-elected as President of the International Gymnastics Federation (FIG), insidethegames can reveal.

At the same time, Watanabe is approving requests from national governing bodies around the world to provide them with free equipment.

The 62-year-old Watanabe was elected as the new President of FIG in 2016 to replace Italy’s Bruno Grandi, who had stepped down following 20 years as head of the organisation.

Watanabe had been due to stand for re-election last year but was given an extra 12 months due to the COVID-19 pandemic.

He is set to face a challenge from European Gymnastics President Farid Gayibov at the re-arranged FIG Congress, due to take place between November 5 and 7 in Turkish resort Antalya.

The Azeri had unseated Georges Guelzec to be voted European Gymnastics President in 2017 a year after the Frenchman had suffered a crushing defeat to Watanabe in the FIG election.

Watanabe is the ninth President of FIG and the first Asian to lead the organisation in its 140-year history.

The Japanese Government appear determined to ensure that he retains his position.

Staff working in Japanese Embassies have been contacting gymnastics federations in Europe asking to meet senior officials to discuss the forthcoming election.

In one email seen by insidethegames, a culture and protocol attaché wrote to a national governing body, "With regard to the president post at the coming election in November, the Japanese Government is supporting the Japanese candidate, WATANABE Morinari, who is the President of FIG.

"In connection with that, the Embassy would like to have a meeting with someone being in charge from your side."

In another email, a second secretary at the Embassy wrote to a national governing body, "Mr Morinari WATANABE, a Japanese guy who is the current president of the FIG, will run for his second term, and we, as the Embassy of Japan, strongly support his candidacy.

"Please find attached his manifesto for the election.

"What we would like to ask you is to kindly look at his manifesto so that you can know his great activities as the current president of FIG, as well as to consider to support him to take the post for the next term."

Under the rules of the Olympic Charter, Government interference that threatens the autonomy of sport is strictly prohibited.

Watanabe, elected as an IOC member in October 2018 and who served as a member of the Tokyo 2020 Executive Board, has been distributing free equipment to national governing bodies with the help of Taishan Sports.

The Chinese company are an official supplier to this year’s World Artistic and World Rhythmic Gymnastics Championships, both being held in Kitakyushu in Watanabe’s native Japan.

In a letter signed by FIG secretary general Nicolas Buompane and seen by insidethegames, a national governing body in Asia is informed that "the FIG President Morinari Watanabe and the Asian Gymnastic Union’s President Abdulrahman Ben Saad Alshathri decided to give a favourable answer to your request regarding apparatus.

"The FIG and AGU, in close cooperation with Taishan, offer you the following apparatus, free of charge."

Among the items promised are parallel bars, landing mats and uneven bars.

Watanabe defended the role that the Japanese Embassies were playing in his re-election campaign.

"I respect the FIG rules," he told insidethegames.

Buompane, meanwhile, revealed that FIG had suspended awarding free equipment to national governing bodies in the run-up to the election.

"Equipment donations have been part of the FIG development programme for decades," he said.

"The programme is aimed at supporting the National Federations which cannot afford to buy a full set of apparatus or specific equipment.

"The yearly budget dedicated to apparatus donations is clearly set in the quadriennial plan approved by the FIG Congress.

"The request must come from an affiliated National Federation in good standing, with a letter duly signed by its president or its secretary general explaining why the country needs equipment.

"Once the request has been received, the FIG office opens a tender among the FIG official partners (apparatus suppliers) and chooses the best or more appropriate offer.

"With the COVID pandemic, the FIG received more requests from national federations.

"Since July, the donation programme has been put on hold to avoid any doubt about a potential conflict of interests related to the upcoming FIG elections."