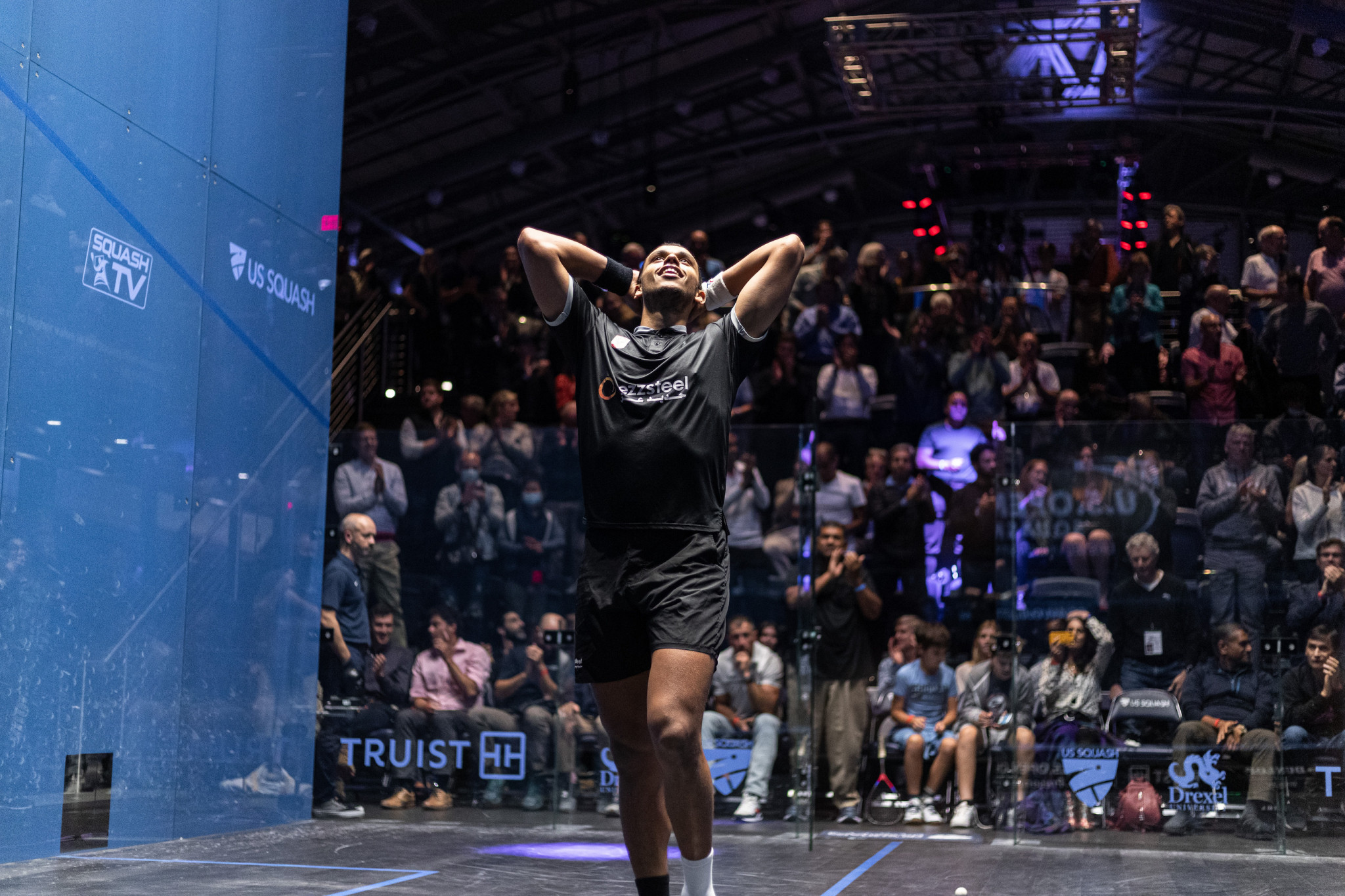 Mostafa Asal is through to the final of a Professional Squash Association (PSA) World Tour Platinum event for the first time after beating Peru's Diego Elias in a brutal five-game thriller at the US Open in Philadelphia.

Asal looked exhausted and found himself 7-2 down in the deciding game but summoned the strength to save two match points and seal his place in the final.

"I’m thankful I came through today and played this amazing match, it’s been a pleasure to play in front of the US crowd.

"I came into this tournament with a bit of an injury in my shoulder, and I’ve been trying to fix it in since San Francisco.

"I’m going to recover now and play some FIFA to relax a little bit.

"I have confidence that I can win the tournament tomorrow, I did before at the World Tour Finals."

Asal will take on his compatriot Tarek Momen at the Arlen Specter US Squash Center tomorrow after the 33-year-old beat Welshman Joel Makin to reach his first US Open final.

Makin caused one of the tournament’s biggest upsets when he overcame defending champion and Momen's countryman Ali Farag in the quarter-finals, but he was unable to get the better of Momen, who battled to an 11-9, 5-11, 11-8, 7-11, 11-8 victory.

The woman's title will see another US Open final debutant after Hania El Hammamy shocked the world number one and fellow Egyptian Nouran El Sherbini.

Despite a strong start, the world number six found herself a game down but had the stamina to punish her opponent in the later stages of the match to emerge with an 8-11, 11-7, 12-10, 11-7 triumph.

The American was appearing in her maiden Platinum semi-final but was promptly put to the sword in a dominant 11-5, 11-2, 11-3 display from Gohar.