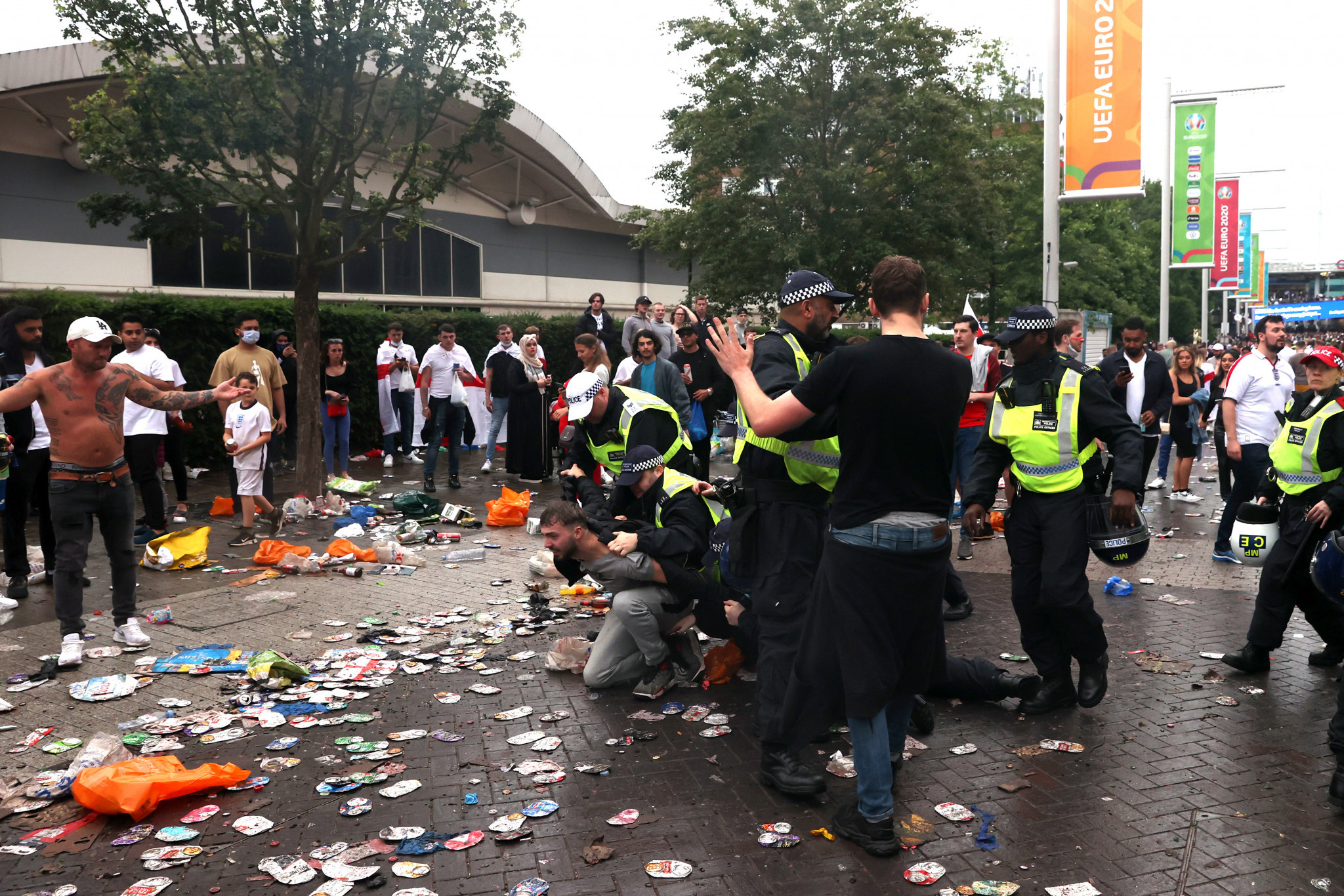 England have been ordered to play their next UEFA match behind closed doors following crowd trouble before and during the Euro 2020 final against Italy at Wembley Stadium in London.

The sanction has been imposed following incidents before and during the match on July 11, with thousands of fans gathering outside the stadium hours before the fixture.

Following clashes with stewards and police, some individuals without tickets broke into the stadium.

The Metropolitan Police said 51 arrests were made in connection with disorder related to the final, with 26 of these coming at the ground, as reported by BBC Sport.

UEFA has ordered one match to be played behind closed doors, with a second suspended from the date of the decision.

The English Football Association (FA) has also been hit by a fine of €100,000 (£84,000/$116,000) for what UEFA described as "a lack of order and discipline inside and around the stadium, invasion of the field of play, throwing of objects and disturbances during the national anthems."

In a statement released following the decision the FA said: "Although we are disappointed with the verdict, we acknowledge the outcome of this UEFA decision.

"We condemn the terrible behaviour of the individuals who caused the disgraceful scenes in and around Wembley Stadium at the UEFA EURO 2020 Final, and we deeply regret that some of them were able to enter the stadium.

"We are determined that this can never be repeated, so we have commissioned an independent review, led by Baroness Casey, to report on the circumstances involved.

"We continue to work with the relevant authorities in support of their efforts to take action against those responsible and hold them to account."

The match finished 1-1 after 90 minutes and with the same score after extra time, the contest went to penalties, with Italy prevailing 3-2 on spot-kicks.

England are currently the subject of a separate FIFA investigation following crowd trouble during their World Cup qualifier against Hungary earlier this month, with disciplinary proceedings being opened into clashes between Hungarian fans and police.

Following a recent change in UEFA’s regulations in relation to matches to be played behind closed doors, accompanied children up to the age of 14 from schools and football academies can attend.