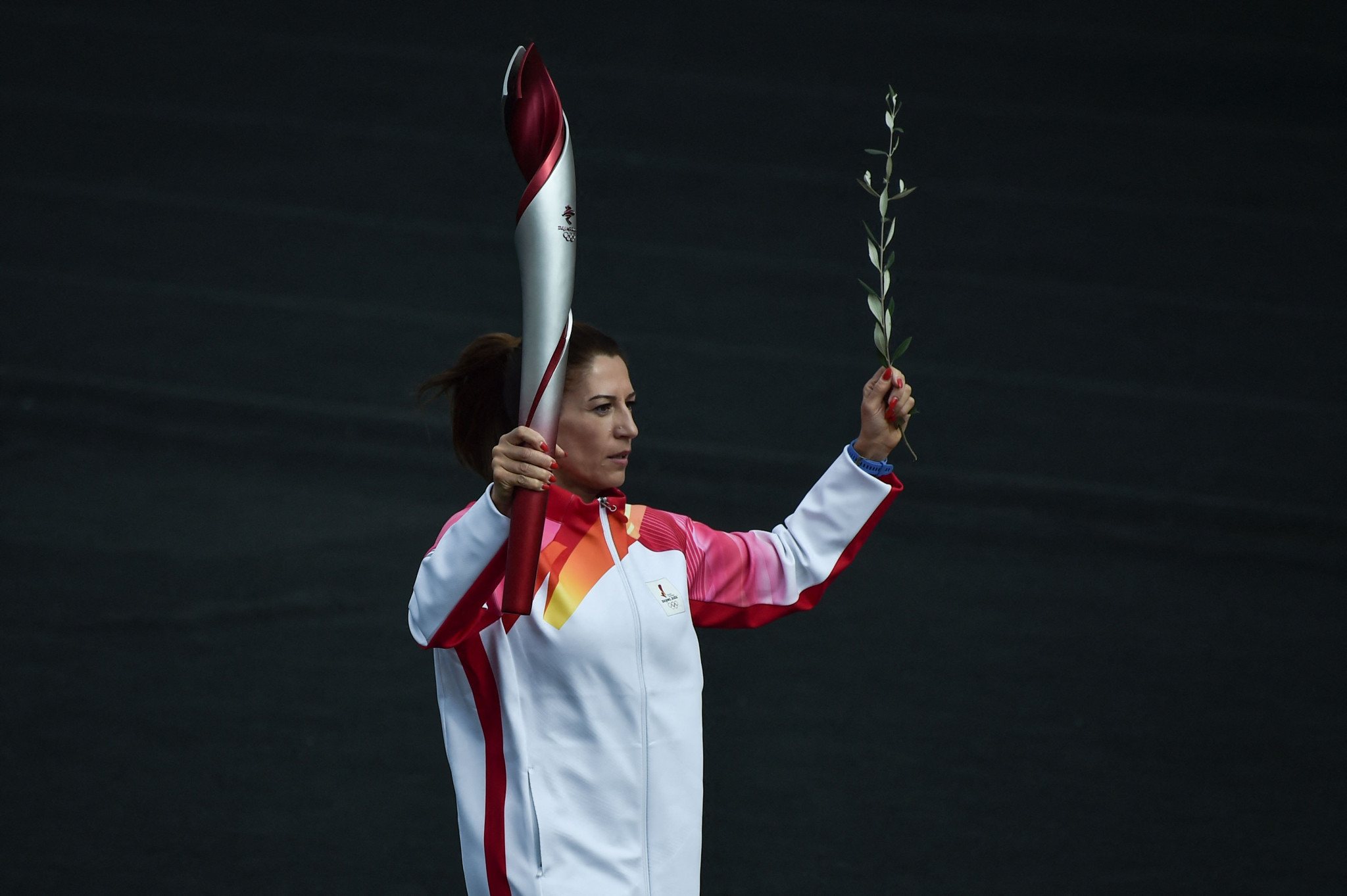 Beijing 2022 has explained the thought process behind its Torchbearer uniforms and lantern, which were seen for the first time this week as the Flame for next year's Winter Olympics was ignited in Greece.

The Flame has now arrived in the Chinese capital after being ignited at Ancient Olympia on Monday (October 18), before a handover ceremony in Athens yesterday.

Skier Ioannis Antoniou was the first Torchbearer in Olympia, with the Greek passing the Flame to Chinese short track speed skater Li Jiajun.

Like those that followed them they wore the Torchbearer uniform - a predominantly white tracksuit decorated in yellow and red to reflect the colours of the Flame.

The sleeves, side stripes and shoes are linked by one red line, which designers said "mirrors the dynamic red ribbon of the Torch and demonstrates everyone's high spirit during the Relay".

Also featured in the design is the Beijing 2022 Torch Relay emblem and the Olympic Rings.

Gloves and a headband complete the uniform, as well as a white bobble hat which was not seen in Greece because of the warm sunshine.

The lantern, described by organisers as "gorgeous", brought the Flame to China.

Its red case is inspired by the "first lantern of China", which was made 2,000 years ago during the Han dynasty.

This lantern was found in Hebei province, which will host events at the Games, while red is a lucky colour in China.

A flowing red ribbon on the top is designed to signify the "passion and energy" of the Games, and echoes the design of Beijing 2022's "Fei Yang" flying Torch.

Beijing 2022 claimed that the design with metallic lustre and clear glass forms the "the perfect combination of China's splendid traditional culture", as well as Olympic spirit.

The Beijing 2022 Winter Olympics are due to begin on February 4, but the build-up is taking place under a political cloud due to China's human rights record and foreign policy.