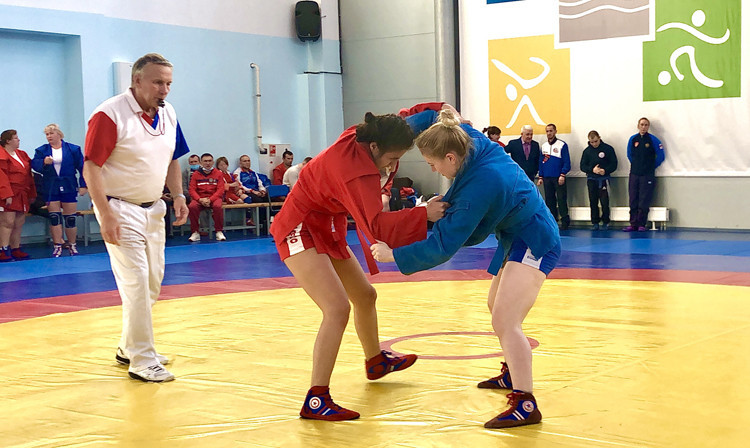 Teams from eight federal districts took part in the one-day event at the FOK Gazprom venue.

A total of 15 gold medals were up for grabs in all - in eight men's categories and seven for women.

Sambists were battling not only for national titles but also places in the Russian team for the inaugural international tournament in visually impaired sambo.

This is planned to take place in Moscow next year.

The International Sambo Federation (FIAS) has targeted a place at the Paralympic Games for the blind version of the sport and signed an agreement aimed at boosting visually impaired fighters in June.

This was penned with the Sambo for the Blind charitable foundation, which has been influential in promoting the discipline.

FIAS President Vasily Shestakov sent a message to the event in Saint Petersburg, as did Sergey Eliseev, the head of both the European and All-Russian Sambo Federations.