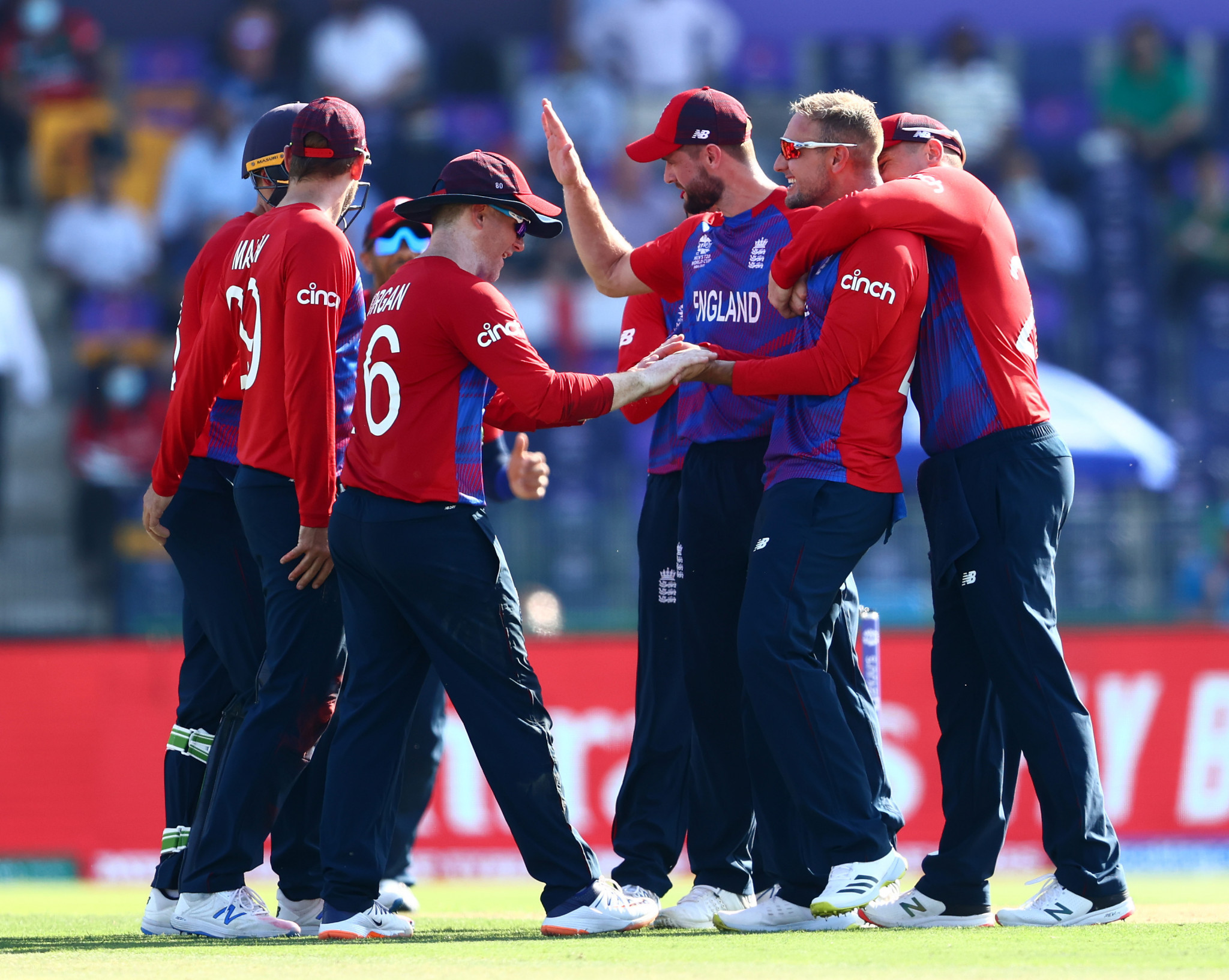 Mushfiqur Rahim was the only Bangladeshi batter to top 20 runs, scoring 29.

England pace bowler Tymal Mills took three wickets, while Liam Livingstone and Moeen Ali took two apiece and Chris Woakes added one of his own, the medium-pace bowler conceding just three runs per over in an excellent spell of bowling.

Bangladesh stuttered to a score of 124/9, setting England a modest target of 125 to win.

England set about chasing down the runs with consummate ease, opener Jason Roy top-scoring with 61 runs.

Fellow opener Jos Buttler added 18, before David Malan and Jonny Bairstow saw out the victory with 28 and eight runs not out respectively.

In the other game of the day, Namibia took their time to chase down Scotland 109/8, taking advantage of a suffocation bowling display to secure their first win of the group stages.

Michael Leask top-scored for Scotland on 44, but Chris Greaves, 25, and Matthew Cross, 19, were the only other batters to score more than five as the Scottish side crumbled to a lowly 109 runs.

Namibia opened slowly, with all of their first four batters going slower than a run a ball, but they knew time was on their side, and when JJ Smit obliterated 23 balls for 32 runs, the victory was in the bag.

Tomorrow's action sees two of the favourites face off against one another as Australia play Sri Lanka.