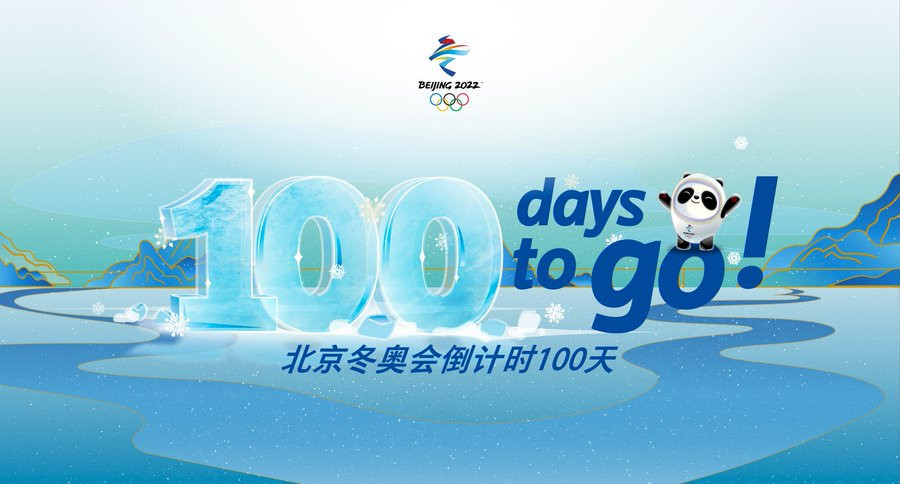 Beijing 2022 has promised a "simple and safe" Winter Olympics and Paralympics as organisers celebrate the 100-day-to-go mark.

When the Games commence on February 4 next year, Beijing will become the first city to host a Summer and Winter Olympics, and the Organising Committee has admitted its focus is on delivering a secure event in the wake of the COVID-19 pandemic.

"Keeping the virus under control is the biggest challenge for us as hosts of the Winter Olympics," Zhang Jiandong, Beijing's vice mayor, told a Wednesday briefing, as reported by Reuters.

"If we cannot be COVID-19 secure, then we will not have hosted the Olympics successfully."

✨🥳To mark 1️⃣0️⃣0️⃣ days to go until Beijing 2022 begin, the Organising Committee is excited to unveil the official film of 100 days to go! #Beijing2022 #Olympics pic.twitter.com/tkOIdJmU7H

Zhang confirmed the closed-loop system that was detailed in the playbooks, published earlier this week, will be in place for all participants at the Games.

"All participants of the Games and our Chinese staff and volunteers will implement the same policy," Zhang said, as reported by The Herald.

"They will be strictly separated from the external society.

In a video released today, International Olympic Committee President Thomas Bach praised the work of the Beijing 2022 Organising Committee to ready themselves for the Games, adding: "All that we’ve heard, so far, from the athletes is that they are excited about the state-of-the-art venues.

🎉🥰We have hit 100 days to go until #Beijing2022! We are proud to release the first video of the Dual Olympic City video series, ❄✨A WINTER WONDERLAND. Snow, ice, winter sports, passion, and love—everything you dream of in wintertime is here! #Olympics pic.twitter.com/YaZShcZ21L

"So the stage is set for Beijing to write Olympic history as the first-ever city to organise both summer and the winter editions of the Olympic Games."

Bach also stressed the opportunity to grow winter sport in China, which is hosting a Winter Olympics for the first time.

"There will be a winter sport before and after these Olympic Winter Games Beijing 2022," he continued.

"Imagine what this means on a global scale?

"If you have 300 more million people participating in winter sports, this will be a huge legacy for global winter sports.

"It will also be very important for the legacy of the Olympic venues because, with this participation, the use of these venues after the Olympic Games is secured."

🎉#Beijing2022 unveils its official #uniforms! 👀The design is inspired by traditional Chinese landscape painting and the snow-capped mountains, the elements of the core graphics of the Games. #Olympics pic.twitter.com/6xxXqEyOCo

Beijing 2022 also unveiled the uniforms for staff, technical officials and volunteers at a special ceremony held in the Chinese capital.

The design, it is claimed, "is inspired by traditional Chinese landscape painting and the snow-capped mountains, the elements of the core graphics of the Games."

Beijing 2022 also celebrated the occasion by releasing "the official film of 100 days to go" and the "first video of the Dual Olympic City video series," which is titled, "A Winter Wonderland".

The Games are due to commence on February 4, closing on February 20, while the Paralympics are set to follow from March 4 to 13.