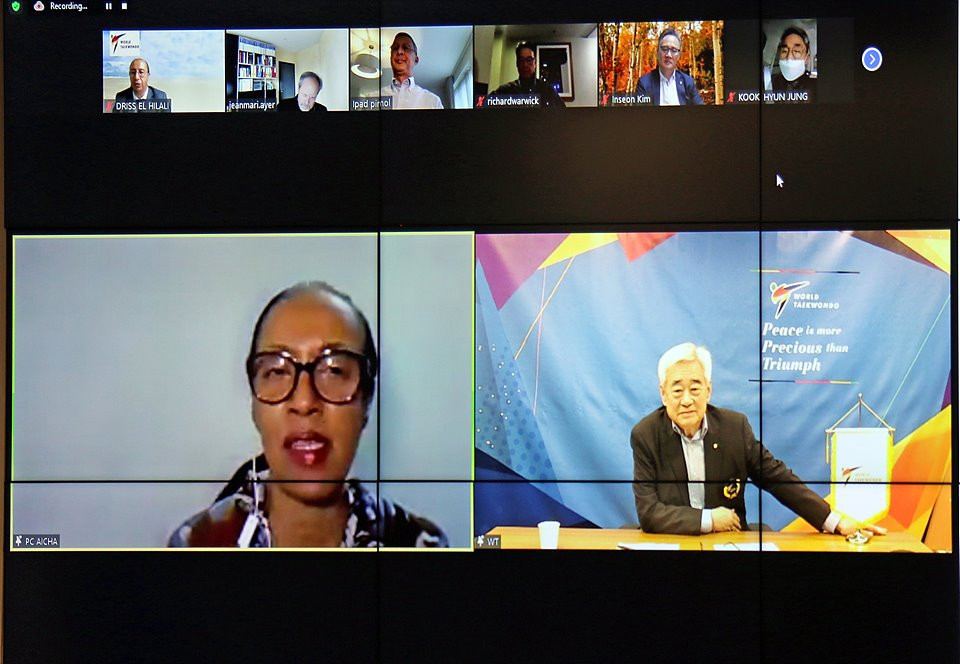 International Olympic Committee member Aïcha Garad Ali has been appointed as vice-president of World Taekwondo as a number of senior appointments were confirmed.

Ali was chosen for the role by World Taekwondo President Chungwon Choue, who has the power to appoint two vice-presidents himself.

The 54-year-old Ali, the President of the Djibouti National Olympic Committee, became a World Taekwondo Council member in 2012.

He also has the power to appoint six Council members, as outlined in the World Taekwondo statutes.

The Korean has confirmed four of his choices, including Emirati royal Her Highness Sheikha Jameela, who has chaired World Para Taekwondo.

Choue's remaining two choices will be announced "in due course", while Pimol Srivikorn of Thailand will continue as treasurer.

The appointments come after World Taekwondo's elections last month, which saw Choue returned unopposed for a fifth term as President.

Seventeen Council seats were also determined through the ballot box, after 40 candidates put themselves forward for a position.

All five continental Presidents automatically become a vice-president of World Taekwondo, alongside the female Council member with the most votes in a bid to promote gender equality.

There are currently 10 female Council members, representing 31 per cent of the Council, and World Taekwondo said it hopes for complete gender parity by 2030.

The new-look Council attended an online orientation meeting, which was held for the first time.

"We are delighted to announce our newly appointed vice-presidents and Council members who will bring vast experience and contribute significantly to World Taekwondo," said Choue.

"We have a very strong and diverse membership in the Council and I am looking forward to working closely with them in the weeks and years ahead.

"Over the past 18 months, we at World Taekwondo have been preparing ourselves for this moment.

"In a sense, it will be a new world but we will emerge better and stronger, together."

Choue also announced the creation of an ad-hoc committee to discuss the 50th anniversary of World Taekwondo, which will be celebrated in 2023.