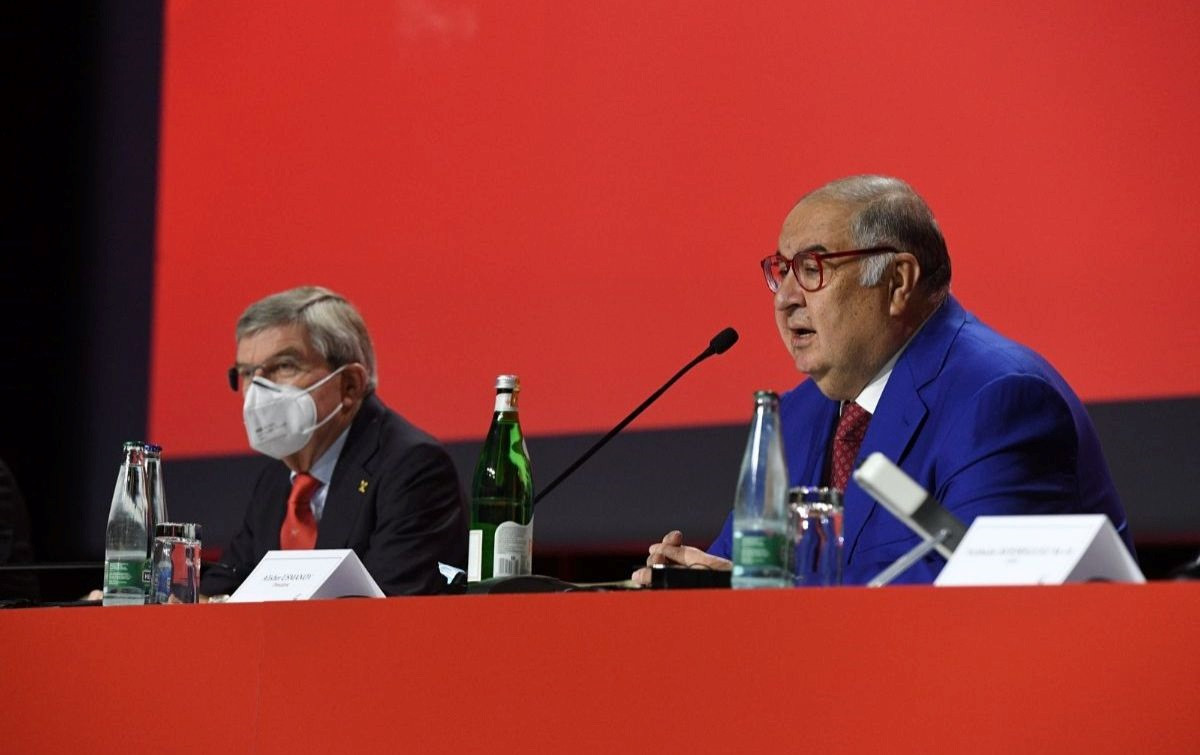 Alisher Usmanov has been re-elected for a fourth term as President of the International Fencing Federation (FIE) during the Elective Congress in Lausanne in Switzerland.

The FIE had been due to stage its Elective Congress in Moscow in Russia in 2020 before it was postponed and then moved to the Olympic Capital because of COVID-19.

Usmanov is set to remain in charge of the organisation until 2024 when his next term is due to end.

The founder of Russian holding company USM's personal fortune is estimated by Forbes to be nearly $12 billion (£9 billion/€10.6 billion).

"Mr Usmanov was instrumental in developing fencing all over the world, and I am confident that under his leadership this wonderful Olympic sport will continue its further development," said Bach.

insidethegames had previously calculated that Usmanov had donated around CHF80 million (£65 million/$87 million/€77 million) to the FIE over the course of three Olympic cycles to 2020 since taking to the helm.

His personal wealth means the FIE is not as reliant on the share of Olympic broadcasting revenue federations receive after the Tokyo 2020 Olympic Games as many of its counterparts.

"I am honoured to be re-elected as FIE President with the support of our world fencing family," said Usmanov.

"Fencing is stronger than it has ever been as a global sport.

"Our FIE programmes and support for fencing worldwide have facilitated its dynamic growth and its increased popularity as one of the original Olympic events."

Usmanov described the Tokyo 2020 Olympics as a "milestone" for fencing and "resounding success".

"For the first time in history all 12 fencing events were held," said Usmanov.

"It represents the tremendous work and commitment to our sport by our worldwide community, and universal recognition of fencing’s key role in the Olympic movement.

"I am absolutely confident about the bright future of fencing also because today we have thousands of juniors and cadets, professional coaches and experienced champions, referees, employees of the FIE and associated federations and volunteers who love and develop our sport.

"Our joint efforts and commitment are the key to the success of fencing at high-level sporting events in the future."

Outside of the Olympic Movement, Usmanov has ties to Premier League football club Everton as USM holds the naming rights to Everton's new stadium once built.