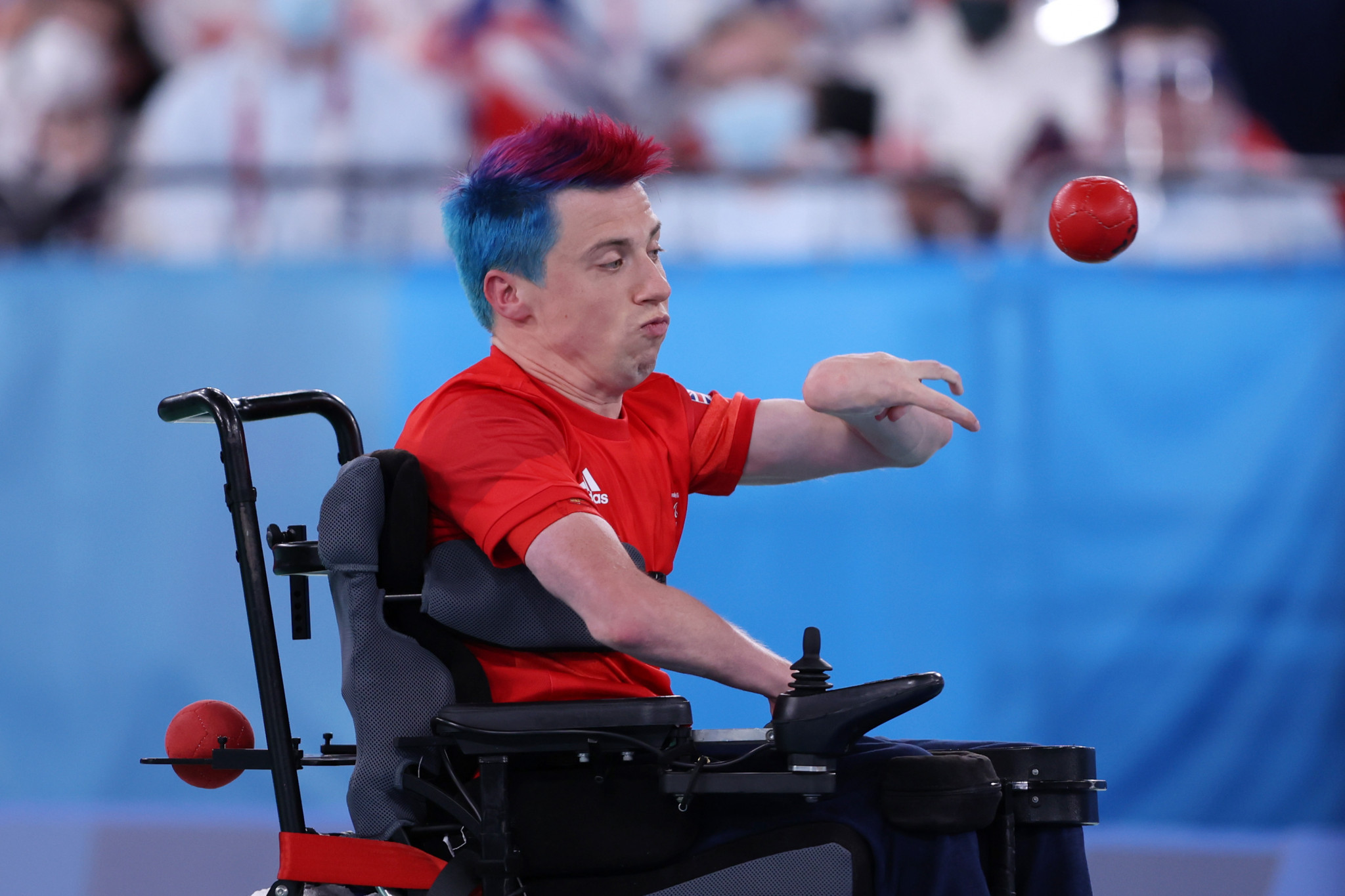 Britain's David Smith recovered from a disappointing opening day at the World Boccia European Regional Championship to book his place in the semi-finals of the men's BC1 today in Seville.

He defeated Greek player Panagiotis Soulanis 4-2 in the quarter-finals, setting up a final four clash with Portugal's Andre Ramos who smashed Tomas Kral 7-2.

On the other side of the bracket, Croatian Martin Frkovic won 4-3 against Dutch player Daniel Perez, having taken the place of Russian Nikolas Anozov who defeated him and Smith in the pools, but was later classified as BC2.

Anozov's compatriot Mikhail Gutnik is through too, having defeated Diego Gilli of Italy in a tiebreaker after drawing 3-3.

German Nancy Poser knocked out the top seed Maria Bjustrom of Sweden in the women's BC3 quarter-finals by a 6-2 score; and takes on Britain's Bethany Moulam in the semi-finals after she beat Ana Costa of Portugal 5-3.

Home favourite Vasile Agache of Spain is into the men's BC4 semi-finals with a 4-1 win over Croatian Damir Juren, and now takes on Czech Republic's Radek Prochazka who defeated Ukrainian Andrii Okulov 4-1.

Stephen McGuire of Britain won 5-4 over Croatian Davor Komar, with his semi-final opponent being Ukrainian Artem Kolinko who won 3-2 against Russian Sergey Safin.

The top two in the world, Czech Republic's Adam Peška and Greece's Grigorios Polychronidis are into the men's BC3 final four with a 3-2 win against France's Samir van der Beken and a 4-2 victory over Poland's Damian Iskrzycki respectively.

Another home win went to Amagoia Arrieta in the women's BC1 after beating Czech player Katerina Curinova 4-2, and she now faces Olga Dolgova of Russia who won 5-0 against Simona Blazkova of the Czech Republic.

Nagy Vivien of Hungary defeated Marta Wesolek of Poland 3-2 in the women's BC2 to set up a semi-final with Britain's Claire Taggart, while Slovakia's Kristina Kudlacova defeated Dutch player Judith Bulthuis to set up a clash with Portugal's Cristina Gonçalves.

Portugal's Carla Oliveira won 4-3 over Ukrainian Nataliia Konenko to set up a women's BC4 semi-final with Michaela Balcova of Slovakia, and on the other side of the bracket Anita Raguwaran of Germany won 6-0 against Chrysi Morfi Metzou of Greece and now meets Hungarian Alexandra Szabo in the next round.