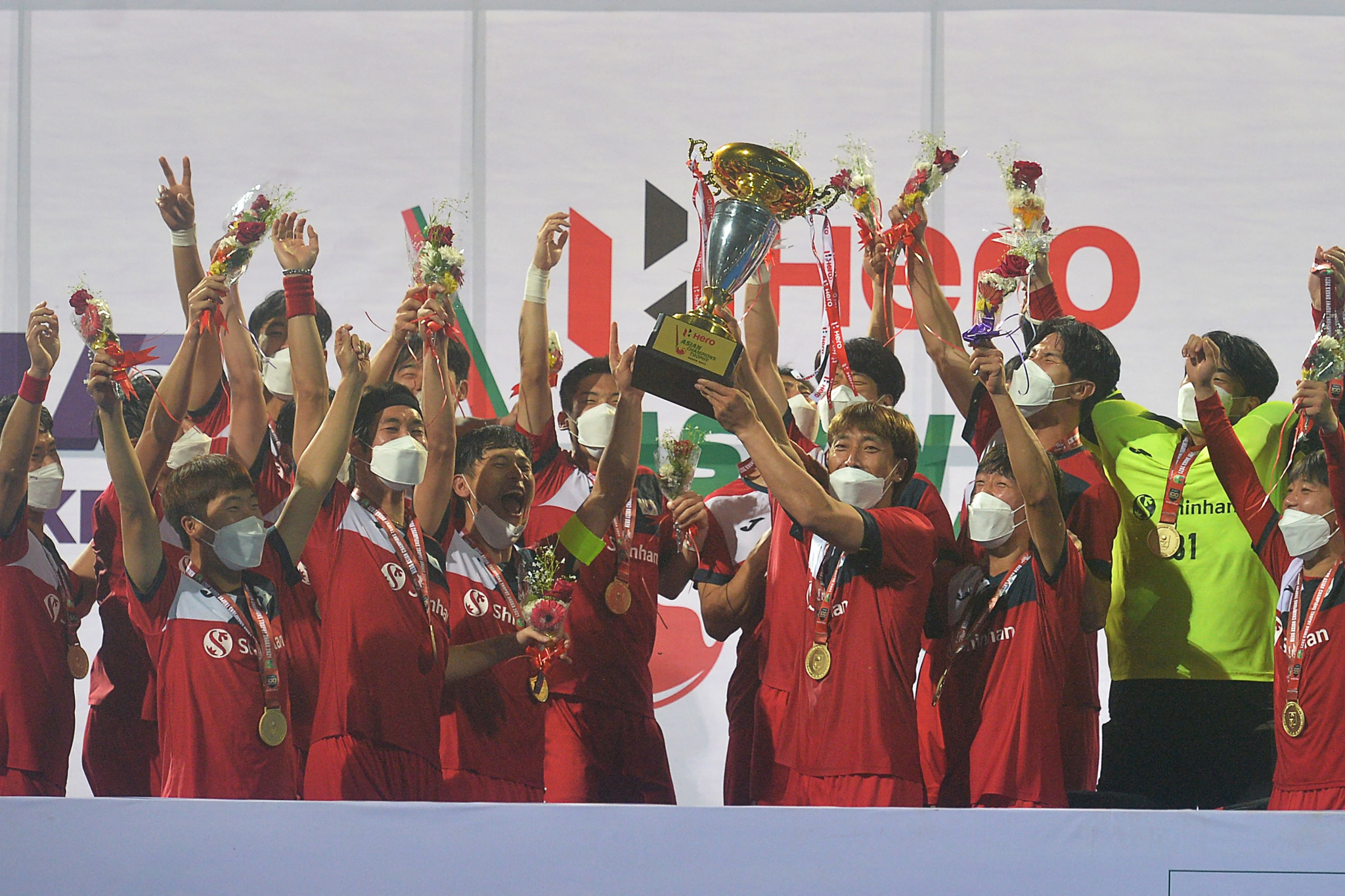 South Korea dramatically won the Men's Asian Champions Trophy in a shoot-out with Japan, winning their first title at the competition, at the Maulana Bhasani Hockey Stadium in Dhaka.

It was South Korea who opened the scoring in the eighth minute through Jeong Jun-woo, but the momentum went the way of Japan before half-time thanks to goals from Ken Nagayoshi and Ryoma Ooka.

Japan scored a third and looked on their way to victory when Yoshika Kirishita scored in the 38th, but a late double by Jang Jong-hyun remarkably took the match to penalties.

Jang scored in the 55th, before getting the equaliser in the last seconds to make it 3-3.

There was an entertaining end to the bronze medal match, with India winning 4-3 over rivals Pakistan.

Harmanpreet Singh scored within two minutes to give India the lead, but Afraz levelled it by the end of the first period.

Rana then gave Pakistan the lead at half-time, before Sumit early in the fourth period.

But it was a dramatic final 15 minutes that was the main talking point - as India's Varun and Akashdeep gave the nation a two-goal cushion before Pakistan's Nadeem made it a nervous end to the match, however, India held onto the lead.

Hosts Bangladesh finished in fifth place in the competition.