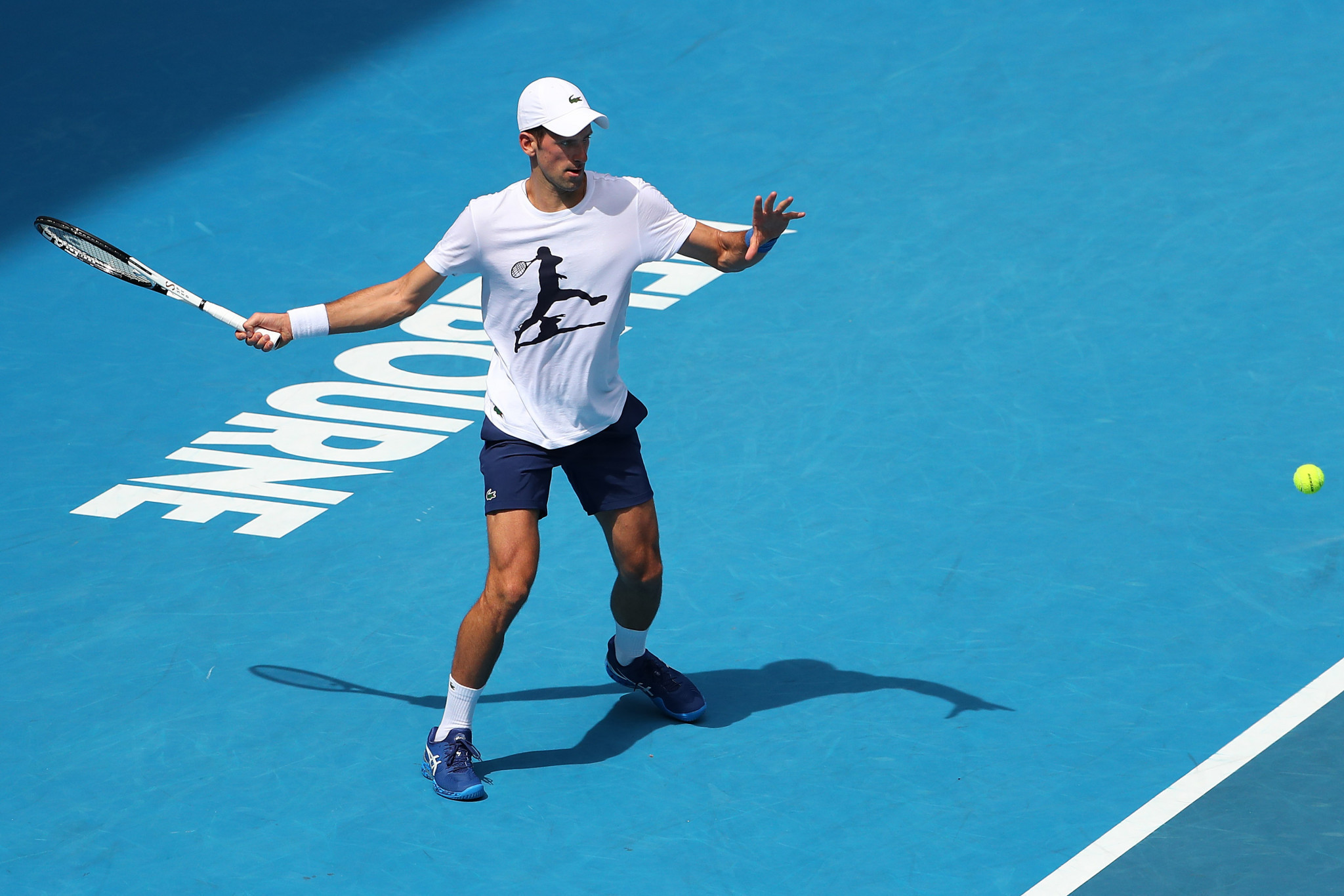 Unvaccinated tennis star Novak Djokovic has been drawn to play at the Australian Open despite uncertainty over his participation, while capacity has been capped at 50 per cent due to rising COVID-19 cases.

The nine-time champion is due to meet fellow Serbian Miomir Kecmanović in the opening round of the men's singles after the draw was staged in Melbourne today.

The draw was delayed, fuelling speculation that Australian Prime Minister Scott Morrison - who was scheduled to stage a press conference - may make an announcement on Djokovic.

But Morrison insisted that no call had yet to be made on Djokovic's fate, with the decision now expected tomorrow.

Following the conclusion of the draw, Tennis Australia chief executive and tournament director Craig Tiley refused to answer any questions from journalists.

Djokovic was released from an immigration detention centre on Monday (January 10) after an appeal hearing overturned his visa cancellation - but he still faces the threat of deportation.

The 34-year-old is facing allegations that he lied on a form needed to enter Australia, claims the Australian Border Force is investigating.

When asked during his hearing whether he had travelled or will travel in the 14 days prior to their flights to Australia, "No" was ticked on Djokovic's travel document, although it has since emerged that he visited SPain in that span.

The form then read: "Giving false or misleading information is a serious offence.

"You may also be liable to a civil penalty for giving false or misleading information."

Yesterday, Djokovic said in a post on Instagram that his agent was at fault for an error on his travel document.

A "false declaration" on the form would be grounds for a visa cancellation.

Djokovic also confirmed that he attended a tennis event in Belgrade to present awards to children on December 17 - a day after he tested positive for COVID-19.

Djokovic suggested he did not know he was positive at that time.

The next day, when Djokovic admits he knew he had COVID-19, he returned for an interview and photoshoot with French newspaper L'Équipe.

According to Serbian law, Djokovic could be fined or face a prison sentence of up to three years for flouting isolation rules.

Spanish authorities are also reportedly investigating whether Djokovic illegally entered the country when travelling to Marbella in late December to train.

The Djokovic saga has dominated the build-up to the Australian Open, scheduled to run from January 17 to 30.

Crowds at the event will be restricted to 50 per cent due to COVID-19 restrictions in Victoria.

The ruling applies to ticket sales at the Rod Laver Arena and Margaret Court Arena with no changes made to ground-access passes.

Face coverings have also been made mandatory for all attendees, except when eating and drinking.

The move comes after Victoria recorded 37,169 new coronavirus cases and 25 further deaths over the past 24 hours as the more transmissible Omicron variant continues to fuel a wave of infections.

"These updates to arrangements for the Australian Open will mean that fans, players and the workforce can look forward to a terrific COVID-safe event in Australia’s event capital," said Victorian Government Minister Jaala Pulford.

"Melbourne Park is the best place on the planet to watch the tennis and thousands of spectators will be able to experience the iconic Australian Open from Monday."