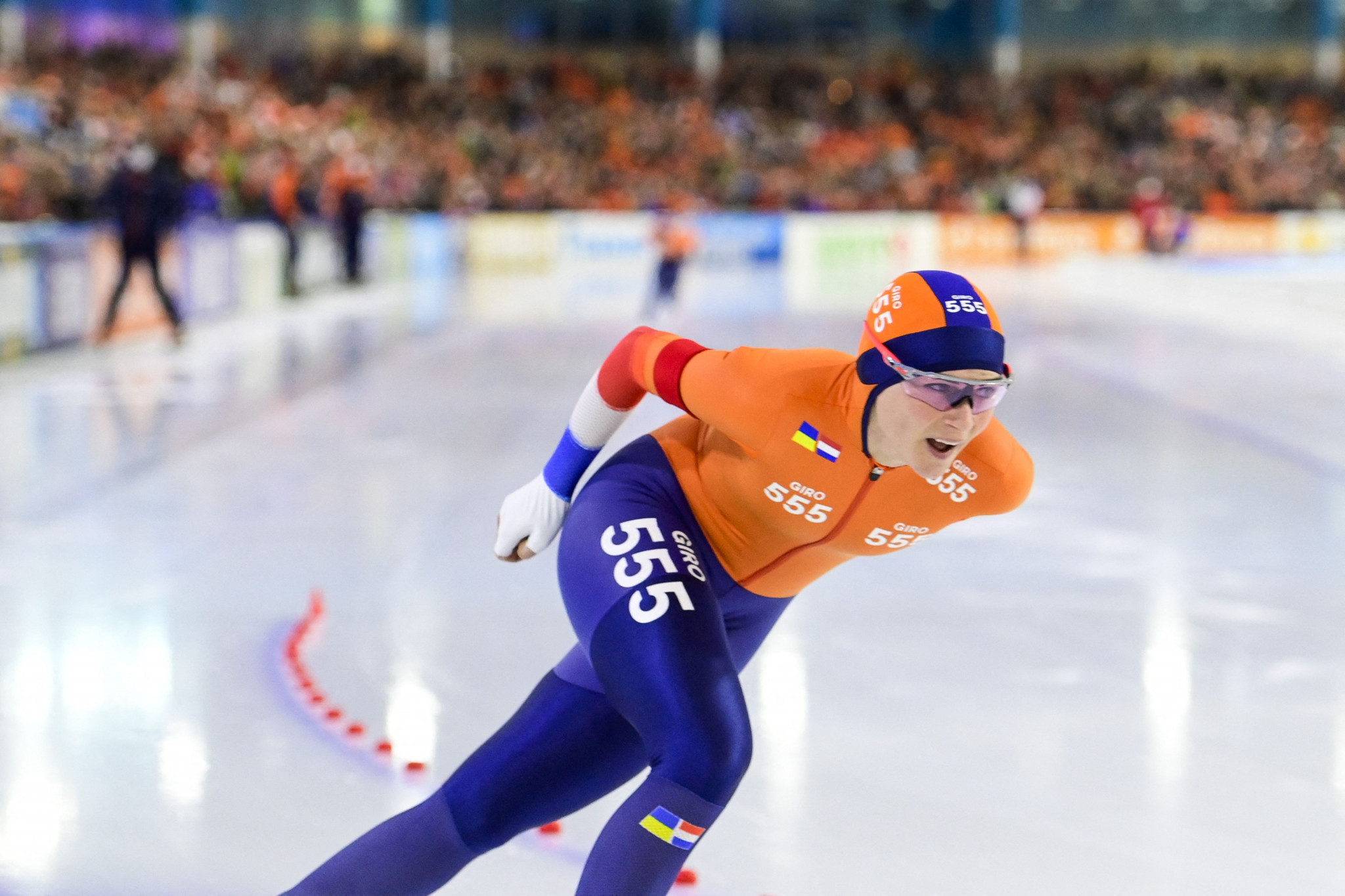 The Dutch star had won the opening three races of the World Cup season, but her absence from the fourth competition in Calgary had allowed Norway’s Ragne Wiklund to take a two-point lead in the distance standings.

Schouten and Wiklund finished as the top two again at the Thialf Arena in the Netherlands, where full crowds had been permitted this weekend for the first time since the COVID-19 pandemic began.

A time of 3min 56.829sec saw Schouten, wearing the Ukraine flag on her speed suit as a sign of solidarity following the invasion which saw Russian athletes banned from this event, win the final race of the season, ending 0.33 seconds quicker than Wiklund.

The Czech Republic’s Martina Sabilkova finished a further 0.01 seconds back in third.

Schouten was able to celebrate the overall distance World Cup title by moving onto a total of 300 points for the season, with Wiklund second on 290.

There was further success for Schouten in the women’s mass start competition, where she ended the event with a total of 60 points.

Canada’s Ivanie Blondin and Schouten completed the top three on 578 and 506 points, respectively.

The American duo of Brittany Bowe and Kimi Goetz followed at 0.79 and 1.82 seconds down.

Her second triumph came in a time of 37.324sec, with team-mate Bowe taking second place 0.23 seconds behind.

Jackson sealed the World Cup 500m title with 660 points from 10 races, with Japan’s Nao Kodaira her nearest challenger on 572.

Tatsuya Shinhama matched Jackson in recording successive wins in the men’s 500m, as the Japanese skater finished in a winning time of 34.487.

Poland’s Piotr Michalski and Japan’s Wataru Morishige ended 0.13 and 0.15 seconds back to complete the podium, with Canada’s Laurent Dubreuil fourth in 34.636.

The result was enough for Dubreuil to claim the discipline’s World Cup title on 614 points, with Shinhama’s late charge seeing him finish second on 586.

The Belgian earned 60 points to win today’s competition, with Italy’s Andrea Giovannini and The Netherlands’ Jorrit Bergsma following on 40 and 20, respectively.

Swings secured the World Cup title with 652 points, followed by Giovannini on 550.

America's Joey Mantia placed 12th in the race, but claimed the World Cup title after accruing 280 points in the five events.

Howe was second on 256 points.