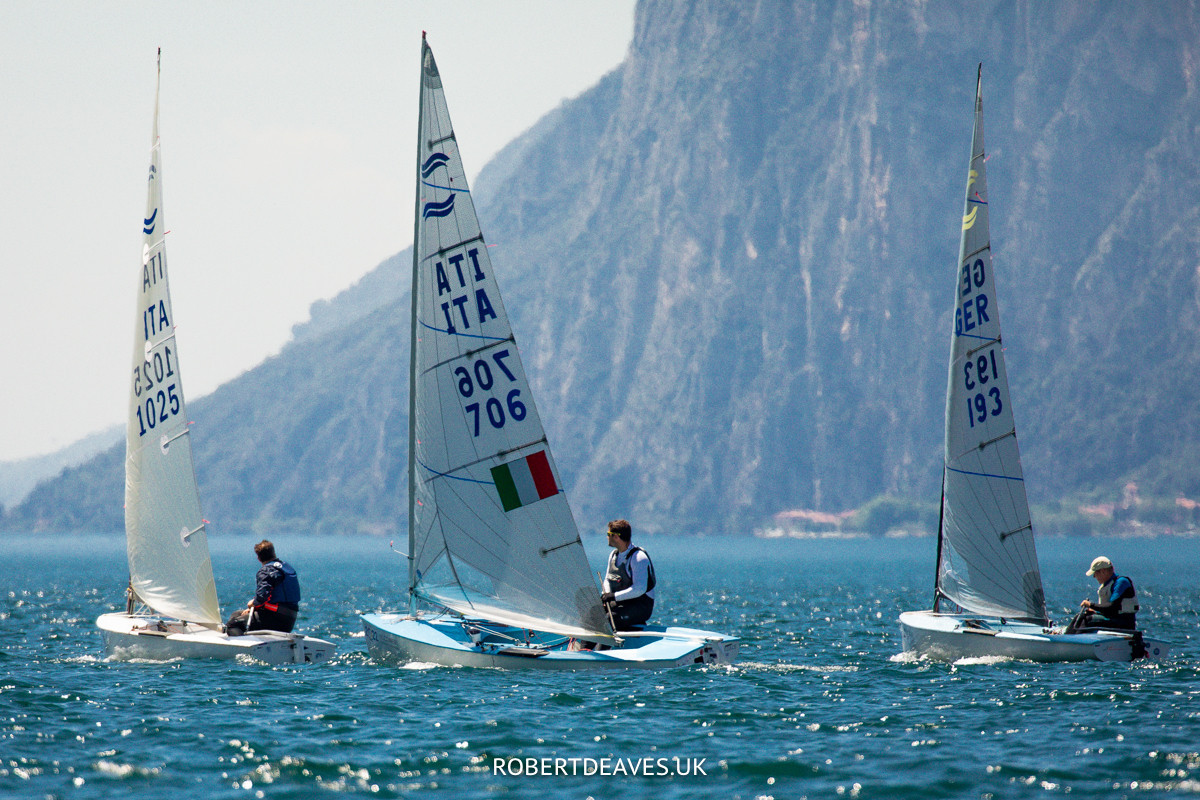 The usually blustery Lake Garda failed to live up to expectations today as the wind fell flat on the opening day of the Finn Gold Cup at Fraglia Vela Malcesine forcing organisers to postpone the racing until tomorrow.

The early morning winds from the north were registering between a solid 20 and 25 knots but gradually eased off before midday.

An encouraging six to eight knots then built up in the early afternoon, raising hopes for a constant southerly wind.

However, it never stabilised or increased and after one attempt at a start the wind was flicking off the western shoreline.

The fleet was sent ashore to wait for better conditions but racing was abandoned shortly after. When competition does start it is due to continue until May 21.

There are 111 sailors on the entry list from 23 nations for the event on Lake Garda, a location chosen by organisers due to being "accessible and attractive to Finn sailors."

Fraglia Vela Malcesine has hosted the annual International Finn Cup for 41 years, with the club also hosting the Finn European Championships in 1979 and 2001.

There is only one former world champion due to take the start, in the shape of 1988 winner Thomas Schmid of Germany.

The Netherlands’ Pieter-Jan Postma is considered one of the favourites to win the title, having achieved podium finishes five times.