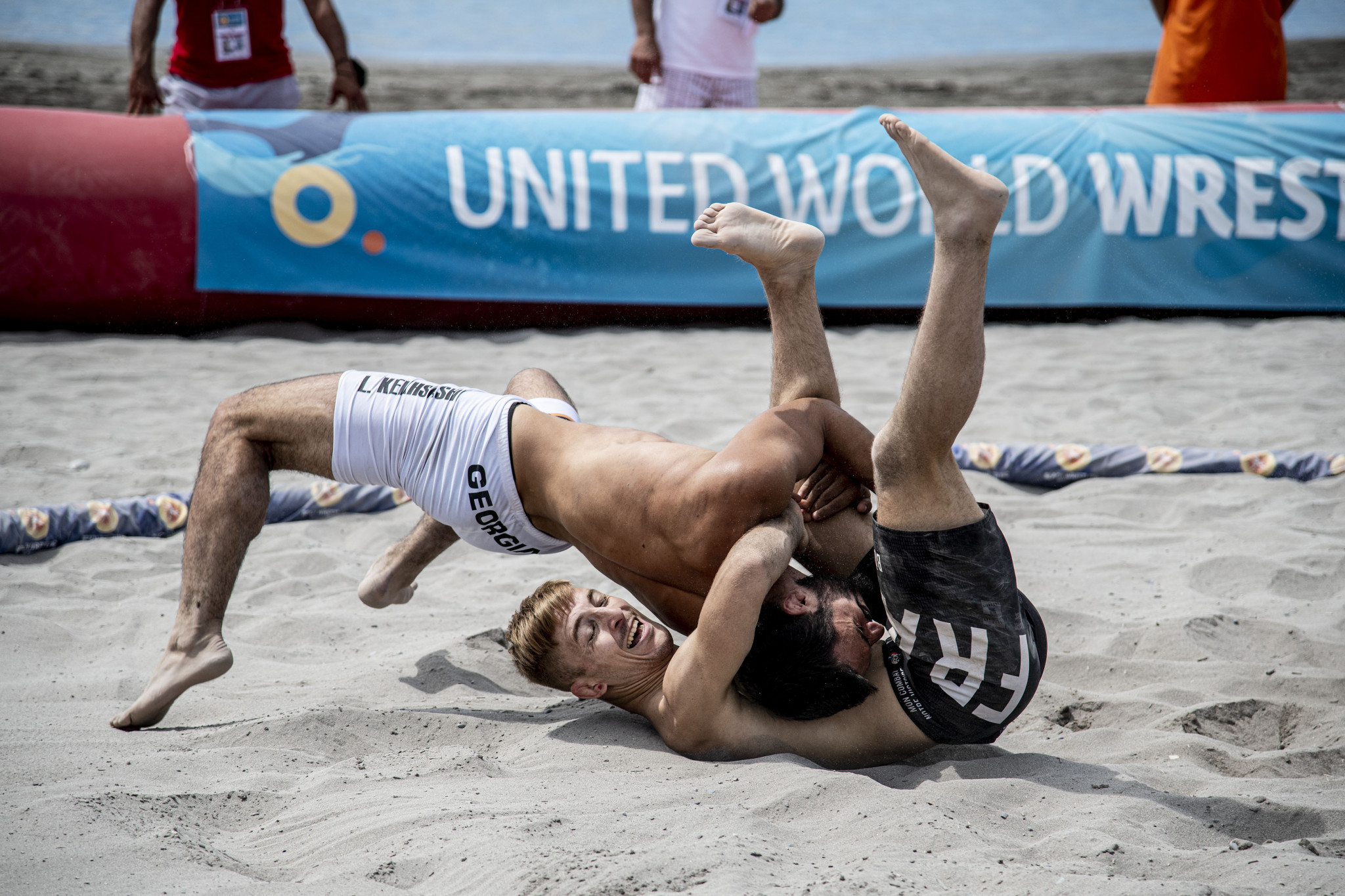 Ukraine and Georgia claimed the most gold medals as the Beach Wrestling World Series in Sanxenxo ended.

Ukrainians Iryna Khariv Chykhradze and Daria Medvetska went head-to-head in the women’s 60 kilograms category with the former clinching gold with a 4-0 win.

Maria Victoria Baez Dilone of Spain settled for bronze after a 3-0 win over Carina Paulos Pereira Monteiro of Portugal.

The women’s 50kg saw Stefania Priceputu of Romania beating the only other participant, Spaniard Cristina Ojeda, 3-0 to win gold.

In the 70kg, Yulia Kremenza got another gold for Ukraine by getting the better of Turkey’s Hatice Ece Tekin 5-1.

In the over-70kg, Liudmyla Pavlovets Tychyna of Ukraine stepped up after world champion Romanian Catalina Axente failed to make it out of the group stage.

While the Ukrainians shined in the women’s events, Georgian wrestlers were the one to beat among men.

In the 70kg, Levan Kelekhsashvili of Georgia registered a 2-10 win over Marwane Ahmed Yezza of France to claim gold.

Ramiz Hasanov of Azerbaijan bagged bronze with a 3-0 win over another home hero Carlos Alvarez Iglesias.

Georgian Nika Kentchadze settled for bronze with a 3-0 demolishing of Pablo Garcia Garcia of Spain.

With only five competitors, the men’s 90KG was decided by an accumulation of victory points over five rounds.

The over-90kg also saw four heavyweights battle it out over three rounds with Mamuka Kordzaia of Georgia coming out on top.

The World Series returns to Cousteau Beach in Saint Laurent du Var, France from July 1 to 2.

Ranking points earned from the French leg will be counted towards the qualification for the 2023 ANOC World Beach Games in Bali.