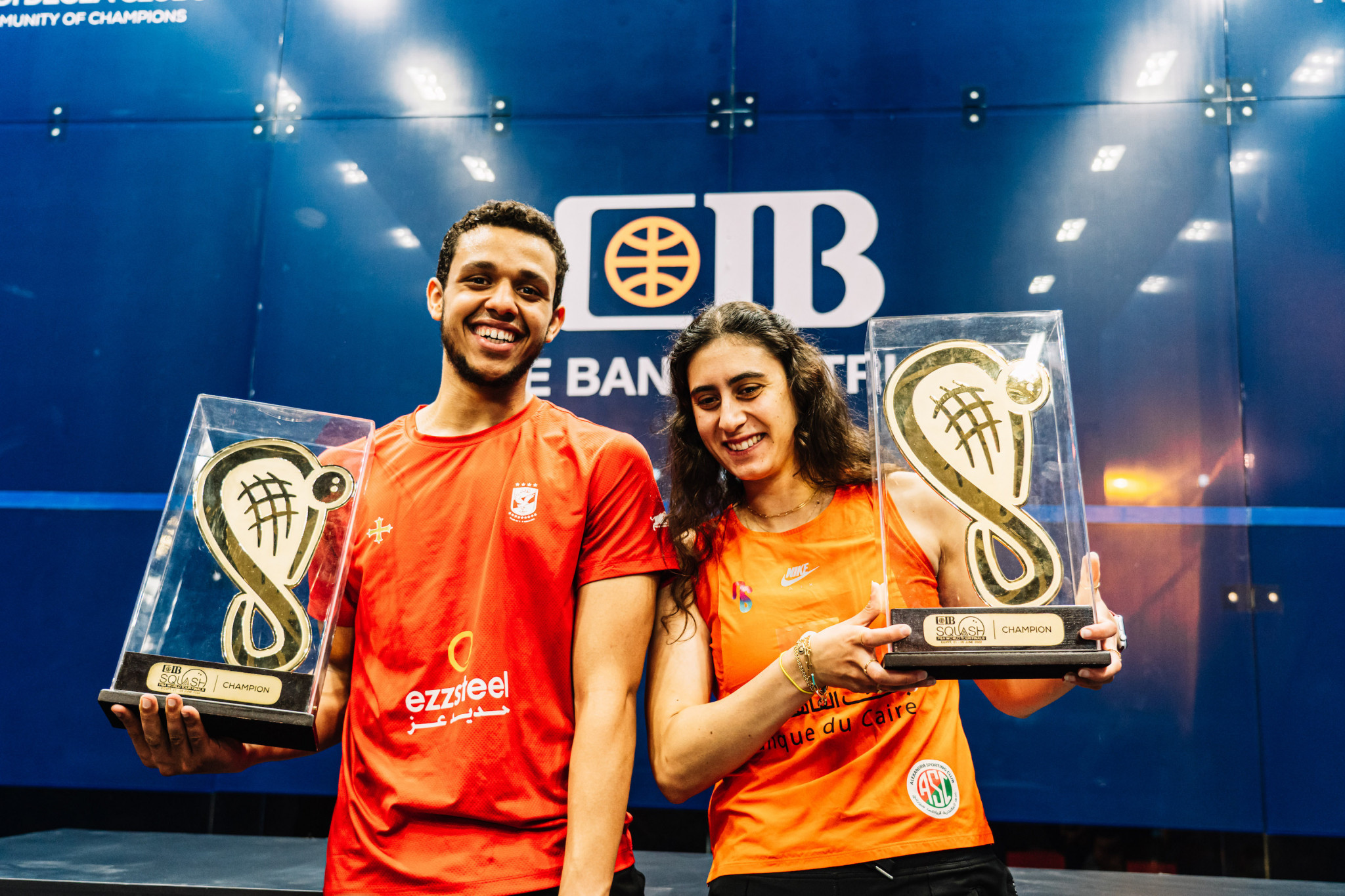 The women’s final pitted together the top two players in the world, in El Sherbini and world number one and compatriot Nouran Gohar.

It was a repeat of the women’s final at last month’s World Championship, and once again El Sherbini was victorious, triumphing 11-6, 11-5, 11-8.

El Sherbini had been playing with an ankle injury during the World Tour Finals, but still completed a straight games win over the defending champion in the final.

After the match El Sherbini said: "I’m really happy with my performance, I think this was my best performance of the whole season, so I'm glad I'm ending on a win."

How does she do it!? ?@noursherbini comes up with an elite performance to win ??????? major title ?

The Egyptian produced the quality required to edge the crucial points of a hard-fought contest, which included a 40 minute opening game, on his way to his third PSA title of the season.

After the match Asal said: "It's unbelievable for me, having two trophies for the same tournament and defending my title is unreal."