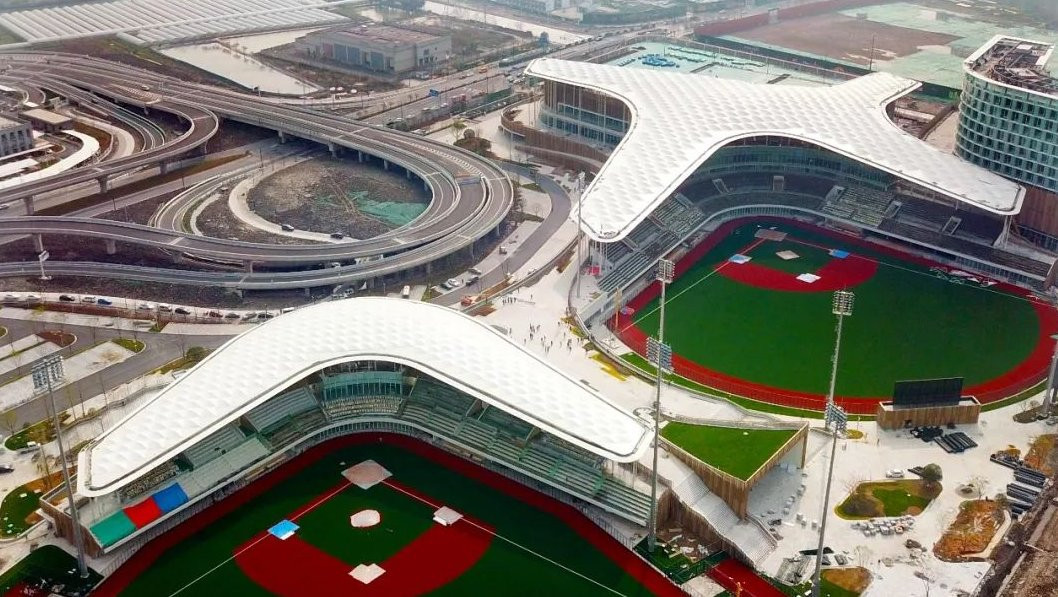 Shaoxing Baseball and Softball Sports Centre, which was built for the postponed Hangzhou 2022 Asian Games, staged its first event as the Chinese National Baseball Champions Cup was held in the venue.

China's strict COVID-19 rules led to the Asian Games being postponed in May.

The Champions Cup, which ran from June 25 to 30, was the first national baseball event of the year in China and acted as a test event for the arena.

More than 170 athletes representing eight teams from different provinces and cities participated in the competition.

The eight teams were divided into two groups.

After the first round, four teams advanced to the playoffs and competed for a place in the final.

Beijing eventually ran out as 4-1 winners in the title match against Jiangsu.

Construction of Shaoxing Baseball and Softball Sports Centre began in 2020.

It is located 40 kilometres away from the main Asian Games venue, the Hangzhou Sports Park, and is reported to have cost around CNY1.8 billion (£221 million/$268 million/€257 million).

It consists of two international-standard baseball fields and a training centre.

The complex was designed with a commitment to sustainability, Chinese authorities report.

Technology has been used on the outer wall and roof of the stadium which can produce self-cleaning effects and purify the air, reducing operation costs and contributing to environmental protection.

The stadium was due to host baseball and softball tournaments at Hangzhou 2022, with the Asian Games originally scheduled to run from September 10 to 25.

New dates are yet to be confirmed.