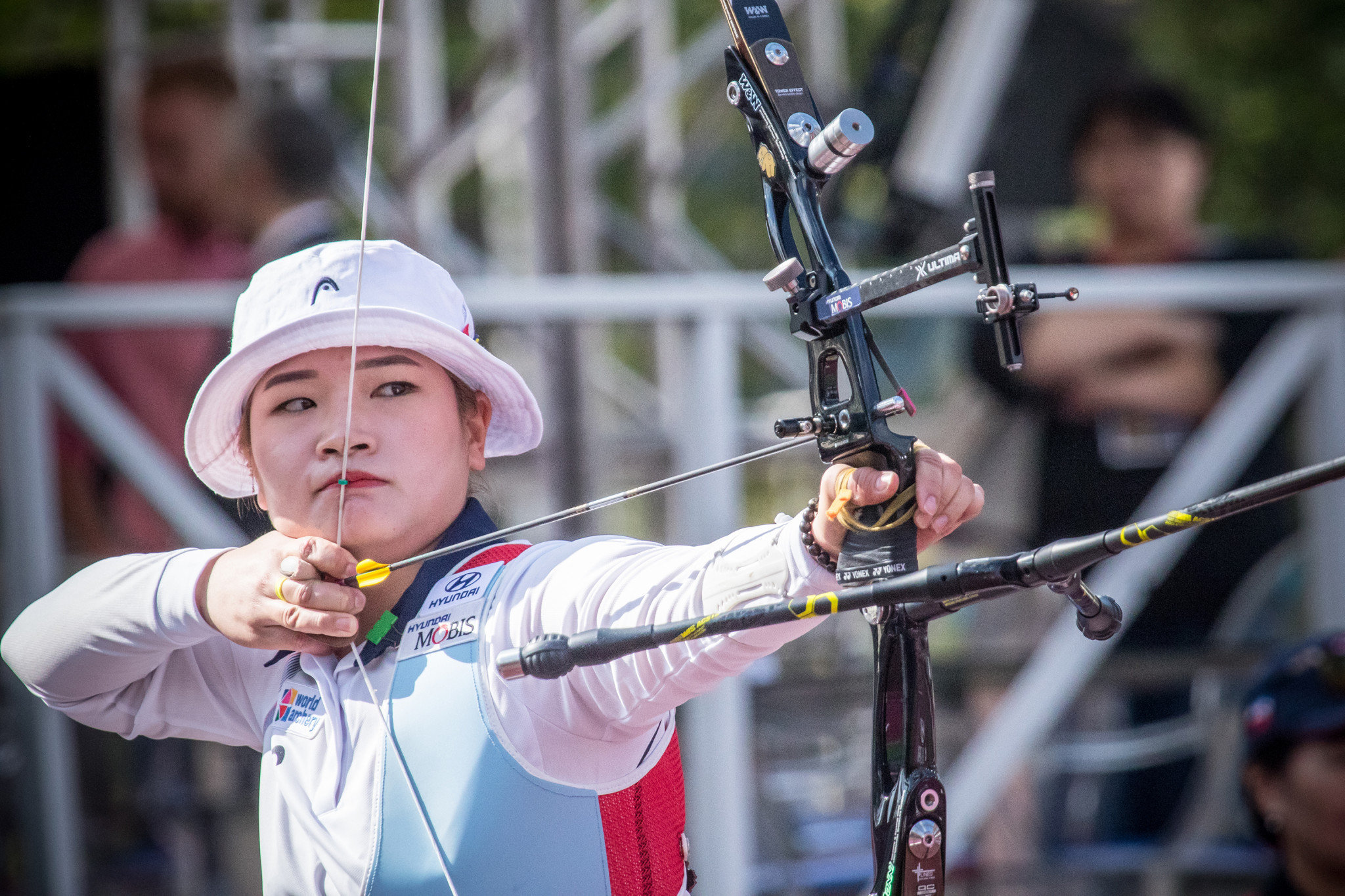 South Korea fared well in the women's and men's recurve quarter-finals at the Medellín Archery World Cup, ensuring half of the spots remaining in the competition belong to archers from the nation.

Three of these came in the women's recurve, with world number one and three-time Olympic gold medallist An San making easy work of Chinese Taipei's Chiu Yi-Ching, with the score 6-0.

Lee Ga-hyun, who made her international debut earlier this year, defeated another Taiwanese archer, Kuo Tzu-ying, 7-1.

It could have been an all-South Korean final four, had the German Katharina Bauer not defeated world number nine Choi Mi-sun 6-2.

World number one Kim Woo-jin is the only South Korean left on the men's side after beating German world number seven Florian Unruh 6-4.

His next opponent is American Jack Williams, a 6-2 winner over Nicholas D'Amour of the US Virgin Islands.

Spanish world number two Miguel Alvarino Garcia knocked out Turkish Olympic champion Mete Gazoz 6-4 on the other side of the bracket, with Italian Mauro Nespoli his next opponent after defeating Matthew Requa of the US 7-1.