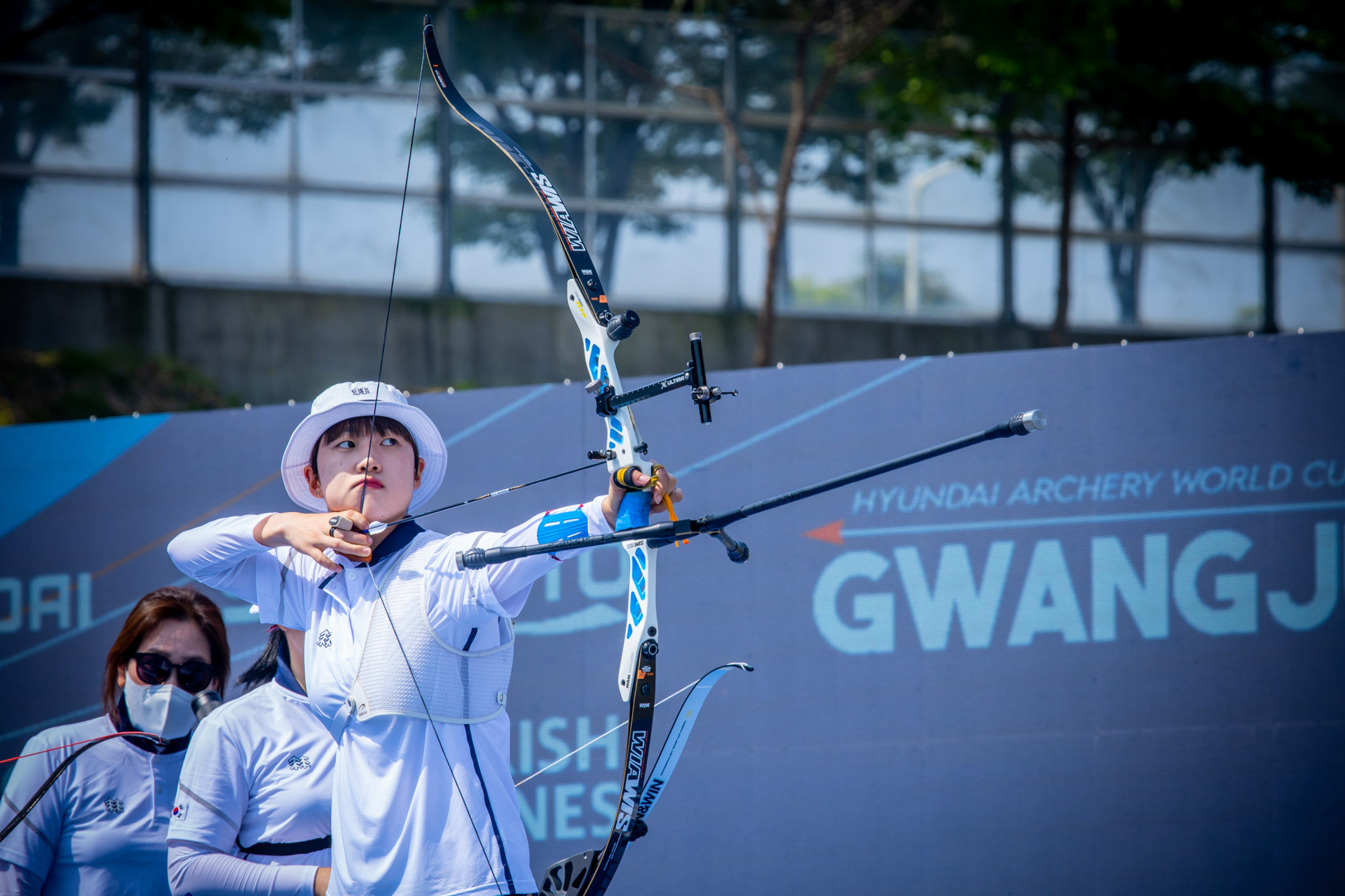 An San and Kim Woo-jin claimed women's and men's recurve titles for South Korea on the final day of the Archery World Cup leg in Medellín.

The top seed An was one of three South Koreans in the women’s semi-finals and she defeated German fourth seed Katharina Bauer in the final four 6-2.

An's opponent in the final was Lee Ga-hyun, who defeated compatriot Kang Chae-young 6-2.

In the final, An won 6-2 while in the bronze-medal match, Kang won 6-2 Bauer, ensuring an all-South Korean podium.

Kim was the only South Korean remaining in the men's field, but made it to the final with a 6-4 win over Jack Williams of the United States.

Mauro Nespoli from Italy continued his good form to make it to the final, beating Spaniard Miguel Alvarino Garcia 7-1.

Gold went to Kim in the final, who beat Nespoli 7-1.

Alvarino Garcia was victorious by a 6-4 margin over Williams to win bronze.

The only recurve title not to go to South Korea was in the mixed team event, won by Chinese Taipei's Lei Chien-Ying and Tang Chih-Chun by a 5-4 score against Americans Jack Williams and Casey Kaufhold in the final.